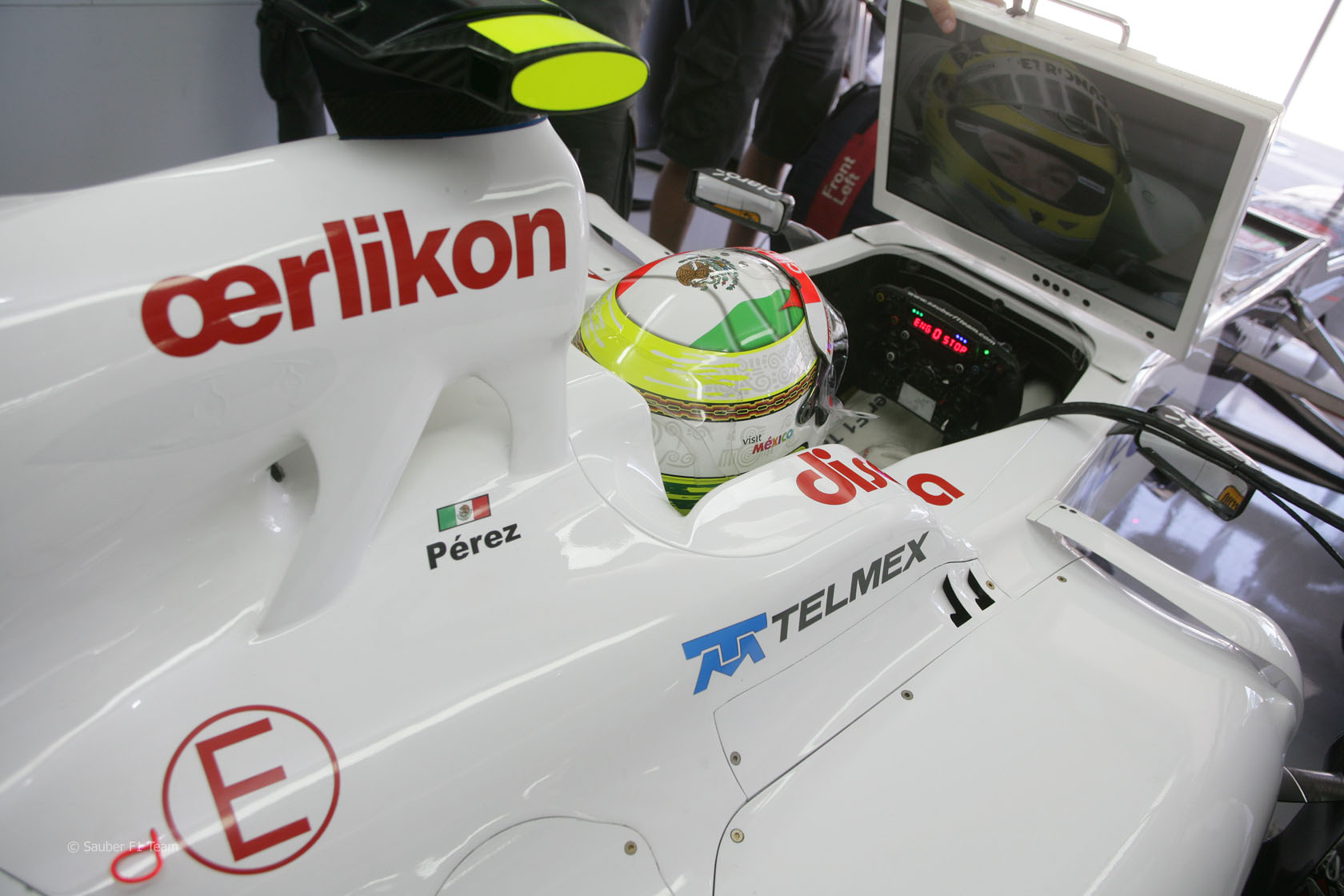 In the round-up: Sergio Perez says he intends to win the world championship after he moves to McLaren in 2013.

Perez: I can win the title for McLaren (Telegraph)

“‘I am going there to win the title, not just to win races,’ he shrugs when asked about the expectations about to be heaped on him. ‘With McLaren there is no other option.'”

“Sergio Perez’s main Mexican backers will stick with Sauber despite the driver’s departure for McLaren at the end of the season, the Swiss team’s chief executive Monisha Kaltenborn said on Friday.”

“I mean, he had this opportunity, and I think that what we wish to him is the best for his future. I think that he received this offer or he discussed this offer with a very important team, and I think that first of all we didn’t have any right to block him or to say something in that respect, because he was a driver who is working for the Sauber team.”
Whitmarsh Q&A (Sky)

“I think it was a very close decision, because I think [Nico Hulkenberg and Paul di Resta] are two very good drivers. But we were looking at potential and I think what we were trying to do was pick someone who was going to progress beyond where they are now. We think [Perez] will, but we don’t know. Obviously we believe that and a lot of other people do as well.”

“I tried to stay quite objective. Yes, I mentioned the positives and he asked a few things and I gave honest answers. My answers are all positive because I am positive of the team.”

“Kimi Raikkonen said a number of problems with the ‘device’ meant it would not be fitted for Saturday and Sunday.”

Jean-Eric Vergne:”I have to say that immediately afterwards [when Michael Schumacher hit him in Singapore] I was really angry, so I stayed in the car for a few moments to calm down. Slowly you come to realise that the race is over, there?óÔéĽÔäós nothing more you can do about the situation and so that?óÔéĽÔäós that. I got out of the car, went over to him to hear what he had to say for himself and all he said was ‘sorry, my mistake’. You just have to accept it and move on.”

Ross Brawn: “Our agreement with McLaren is to supply engines to the same specification. None of us really know how it’s going to be in 2014 in terms of engine performance, engine reliability. There won’t be huge differences. We have a one team policy, a one team principle. Our staff at Brixworth and Brackley work together as one entity and that does bring them closer than can be achieved with a customer, but McLaren are an extremely professional customer. Our ambition is to have the best engine in 2014 as is Stefano’s and McLaren will have that engine as well.”

“V8 Supercars has extended its race telecast of the Supercheap Auto Bathurst 1000 to a live online feed around the world after huge demand from international fans.”

My latest article for Unibet.

#BOTTAS doing a bit of an experiment this week, he went on to Japanese time in UK last week to see what (if any) difference it makes

Good first day. Lots of data which currently tell us 25 laps on the hard, 15 laps on the soft tyre, and a 2-stop strategy for Sunday. #F1

Vettel on Suzuka: "Itâ€™s so enjoyable, you donâ€™t want to come into the pits." No one ever says that about Yas Marina or Bahrain, do they? #F1

Sumedh on Alonso’s performance so far this year:

In the second half of the 2006 season, Renault became second fastest and Fernando didn?óÔéĽÔäót win a race until Michael?óÔéĽÔäós engine died in Japan. That Japan win remained the only win for Fernando in the second half and that sealed him the title.

Fernando now needs just that. One more win and he will do it. That one win has to come in any of the six races. Other five, his consistency will be enough.

As a Ferrari fan, I hope that win comes on Sunday. He took the title off Ferrari at Japan in 2006. And six years later, he will have won it for Ferrari at the same circuit!
Sumedh

Watkins Glen saw its second F1 fatality in as many years during the 1974 race. Helmuth Koinigg died after crashing his Surtees one year after Francois Cevert lost his life at the same circuit.

Here’s some footage from the race weekend: