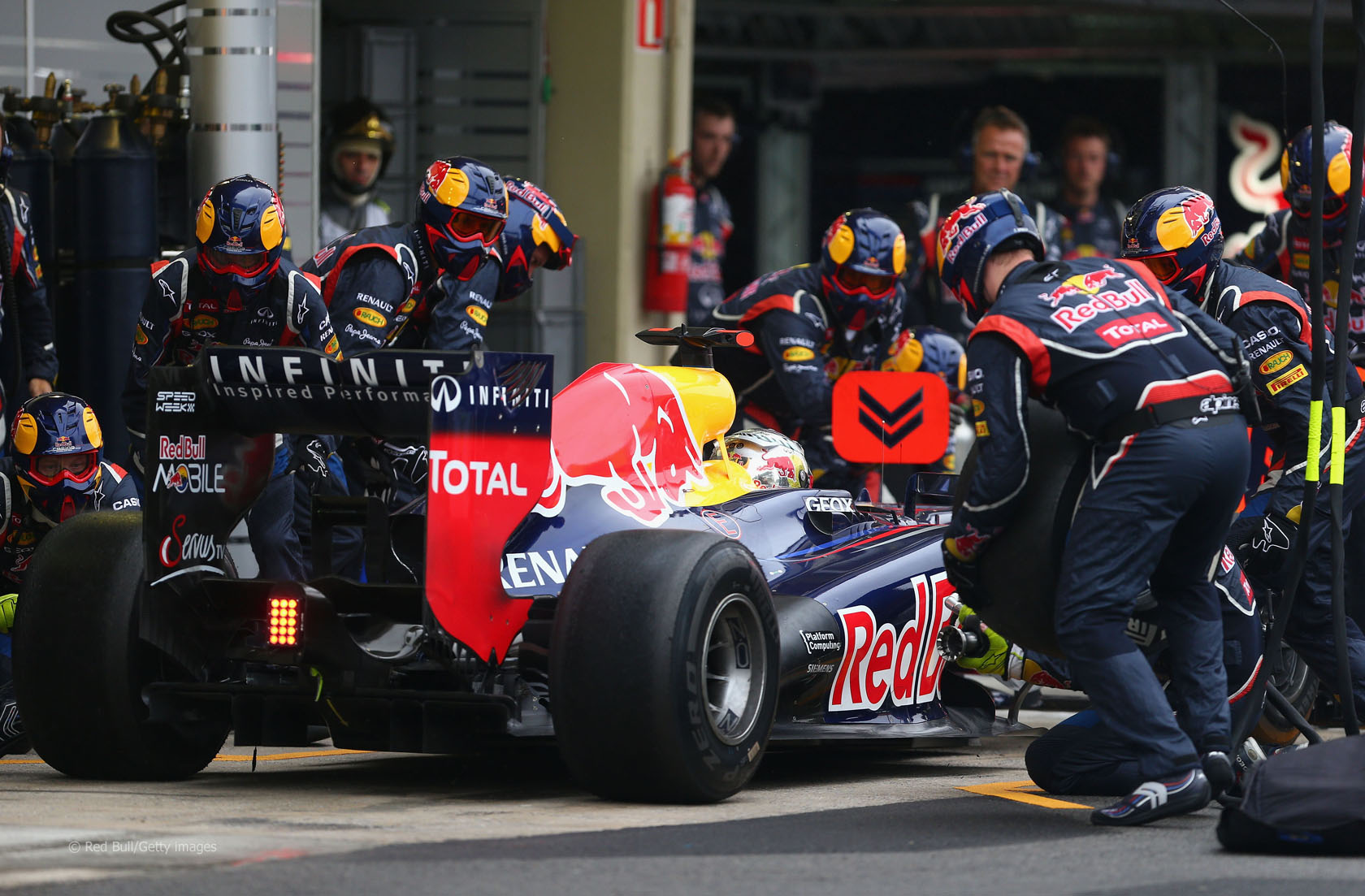 Sebastian Vettel’s championship hopes were almost wrecked when a fault on his radio led to him making a slow extra pit stop late in the race.

With 20 laps to go, the track was drying and Vettel’s pace on medium tyres was dropping, a consequence of the rear end damage his car suffered on lap one. His radio was also not working properly – Red Bull were able to talk to him but they could no longer hear what he was saying. He pitted for medium-compound tyres with 19 laps remaining but was back in two laps later as the rain returned for a set of intermediates.

This was his fourth pit stop of the day. Due to the radio problem his team weren’t prepared for his arrival and didn’t have his tyres ready. The delay cost him seven to eight seconds.

When he returned to the track once again he had fallen to tenth place. With Fernando Alonso third, the Ferrari driver was in a position to win the drivers’ championship with 16 laps remaining.

Two drivers elected to use full wet weather tyres during the final rain shower: Heikki Kovalainen and Daniel Ricciardo. The track never really got wet enough for them to take advantage and the safety car deployment on the penultimate lap also cost them a chance to reap the benefit.

However they did manage to complete a race using all four available types of rubber: medium and hard slicks, intermediates and wet weather tyres.

Aside from Vettel’s fourth pit stop, Red Bull’s pit work was very rapid in Brazil – they managed four of the five quickest stops. McLaren, unusually, were not among the fastest.

Toro Rosso also had a good day in the pits. But Ferrari’s best effort was almost seven-tenths slower than the quickest of the day.