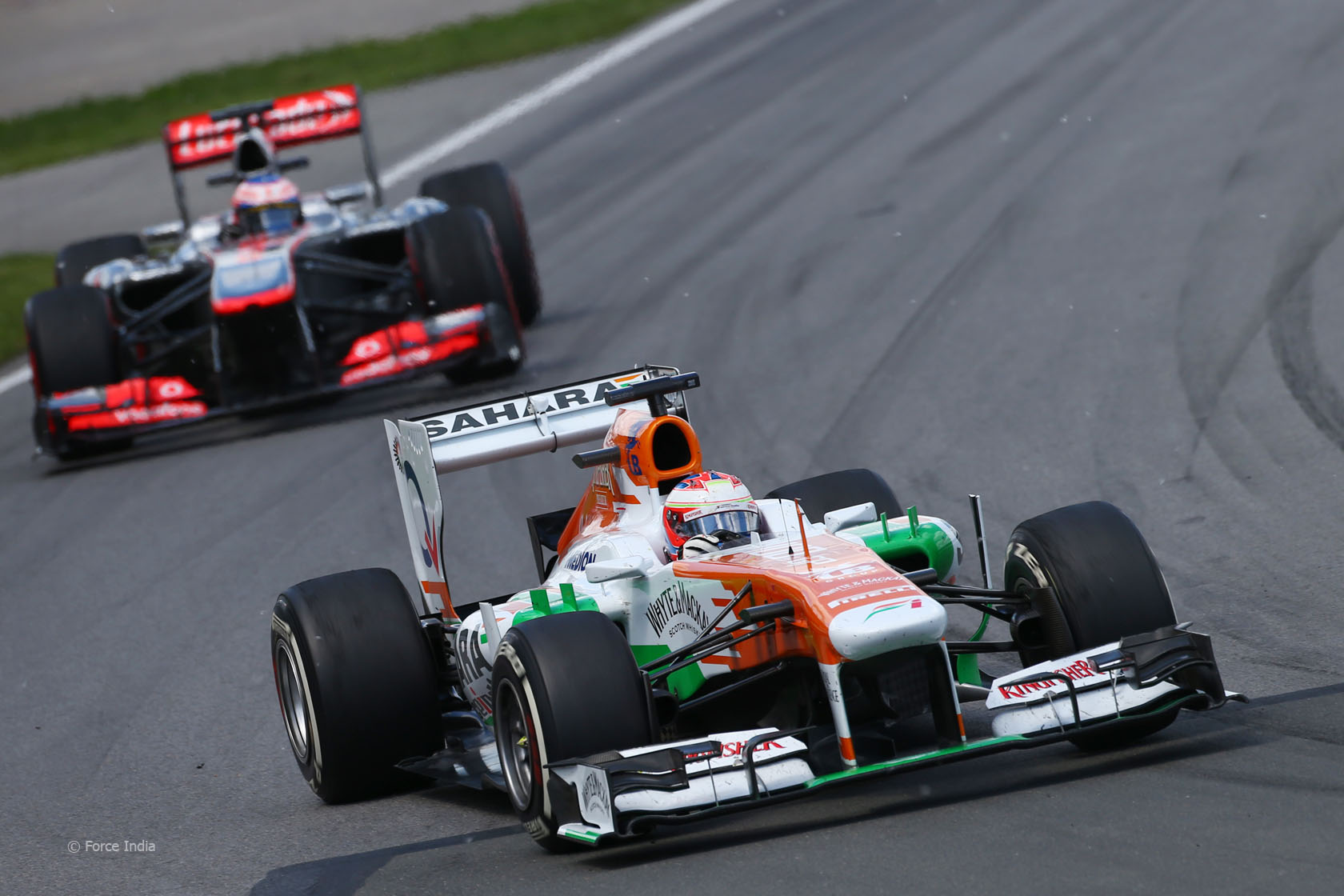 Valtteri Bottas was powerless to keep his Williams among the front running cars. After losing three places on the first lap he was out of the top ten for good as early as lap 14.

Meanwhile Paul di Resta was making amends for a disappointing qualifying performance by climbing ten places to finish seventh, thanks to his one-stop strategy. He started on the medium tyres and made a late switch to super-softs.

Romain Grosjean was unable to do the same because his lap times on the medium tyres dropped off well before Di Resta’s, forcing him to make his pit stop early. He spent just ten laps on the super-softs before coming into the pits a second time, which left him out of the points.

Further down the order Charles Pic came out on top in his contest with Max Chilton, but was unable to catch the other Marussia of Jules Bianchi.