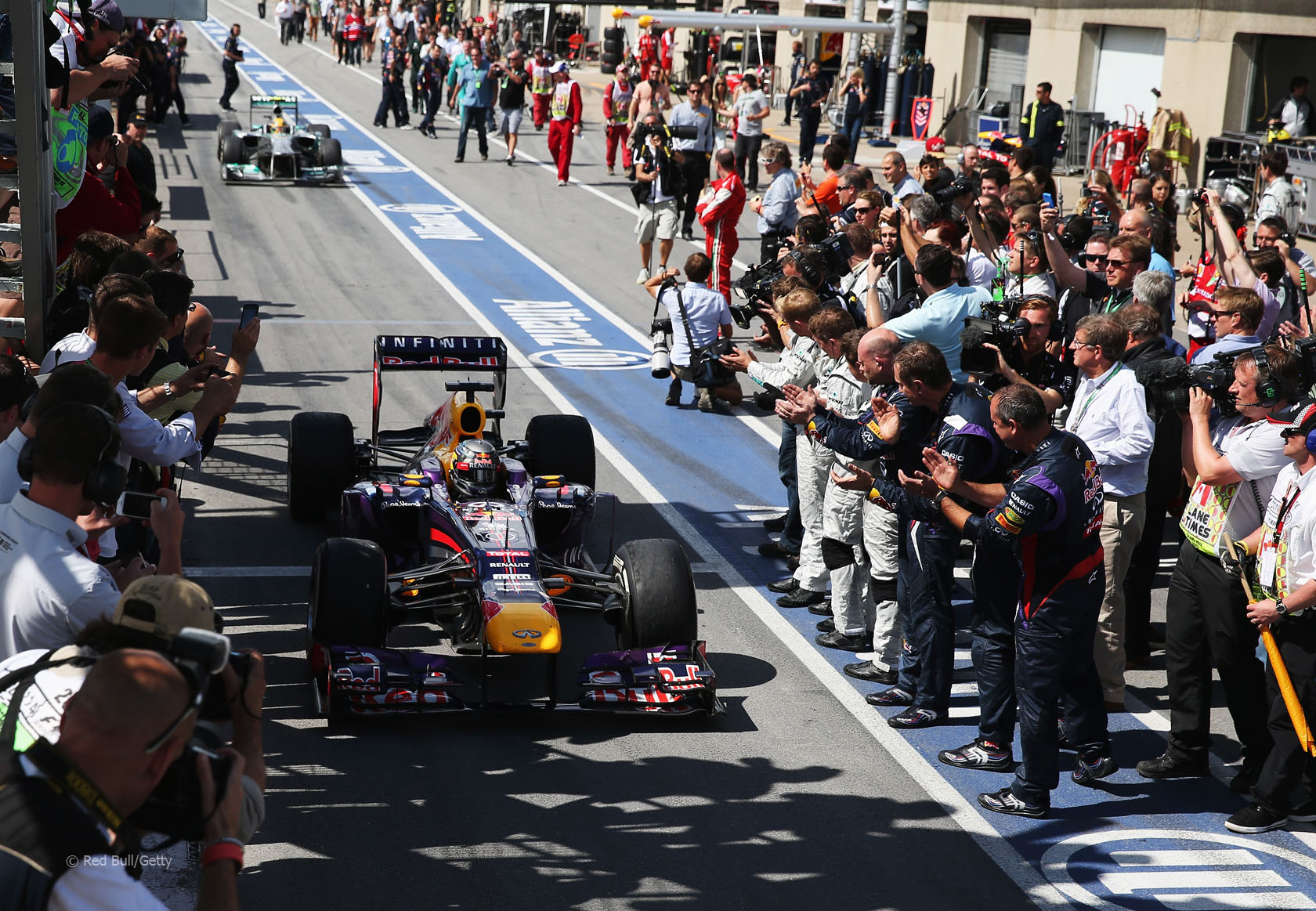 Sebastian Vettel was voted Driver of the Weekend for the second time this year following his victory in the Canadian Grand Prix.

On race day he quickly established himself at the head of the field. Despite a brush with a barrier and an off-track moment at turn one he delivered his third victory of the year and pulled further ahead in the championship.

It has to be Vettel as he was in a class of his own. He did make two mistakes but that was down to him going at every lap as hard as possible as opposed to playing it safe.
@PeteBaldwin

It can?óÔéĽÔäót be anyone other than Vettel in my opinion. For the first time this season we?óÔéĽÔäóve seen Vettel drive to the absolute limit 100% of the race (hence the brush with the wall and his run-off at turn one).

Sure the RB9 was the best car out there this weekend, but that drive and that crushing gap to second were all Vettel?óÔéĽÔäós “fault”.
Antonio Nartea (@Tony031r)

The last time Fernando Alonso qualified outside the top five at the Circuit Gilles Villeneuve he was wearing Minardi overalls.

But he bounced back in the race, picking off Valtteri Bottas on the first lap then claiming Mark Webber and both Mercedes to take second place.

I would have picked Vettel except for his two unforced-but-lucky gaffes on race day. Seemed to lose concentration, perhaps. I went with Alonso – sixth to second on race day.

I was at the track all three days and the weather on Friday and Saturday was miserable for setting a car up: wind changing direction and speed, on-and-off rain, cold, a driver and race engineer’s nightmare. So I excuse qualifying performance. But on race day, Alonso doggedly chased down and passed four guys in front of him.
Tom Davidson (@Wacamo)

I?óÔéĽÔäóll give it to Alonso for his sheer relentlessness, after a compromised qualifying, in hunting down and passing quality drivers and cars in front of him without errors. Without that, the race would have not been very exciting. Respect to Hamilton?óÔéĽÔäós defense and holding out as long as possible ?óÔéĽÔÇŁ he described it like being pursued by “a bull”, nice.

Bonus: I got to meet both Alonso and Vettel at the autograph session, and they ended up one-two in the race, sweet…
@LordOfFunk

Jean-Eric Vergne’s career-best sixth place saw him earn a top-three place in the Driver of the Weekend voting for the first time in his career. He beat Paul di Resta by just three votes.

Vergne reached Q3 for the second weekend in a row and squeezed past Bottas early on. That proved decisive, as it kept him out of the clutches of his pursuers. The result gave his championship position a boost moving him ahead of his team mate – and Sergio Perez!

Outstanding drive by Vergne?óÔéĽÔäós standards, even for an anonymous race to sixth. About all he had to do was pass Bottas early on but he did that decisively then stayed clear of more fancied drivers behind ?óÔéĽÔÇŁ Sutil, Massa, the Lotuses, McLarens and the rest. Also some great laps on a drying track in practice and qualifying.
@Tomsk

38 comments on “Second Driver of the Weekend win for Vettel”