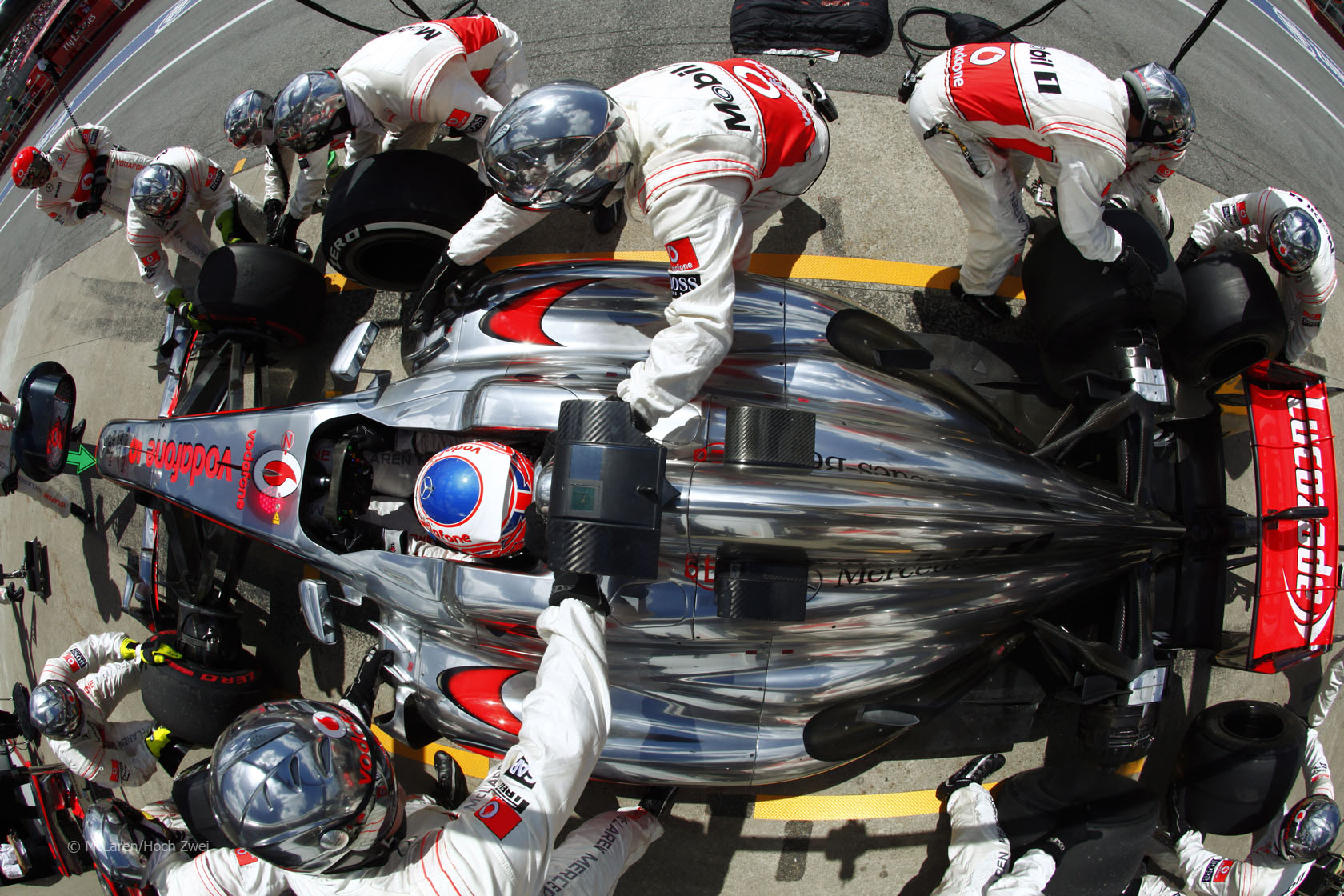 A small consolation in an otherwise poor race for McLaren was that they managed to produce the quickest pit stop.

Jenson Button’s sole visit to the pits was the briefest of the race.

Button was one of five drivers to complete the race using a single pit stop. Paul di Resta used this strategy to the best effect, starting on the medium tyres and making a late switch to super-softs.

Romain Grosjean tried to do the same but switched to the super-softs too early and had to make a second pit stop later on.

Two-stop strategies was the way to go for most drivers, with Nico Rosberg the only driver to make three.