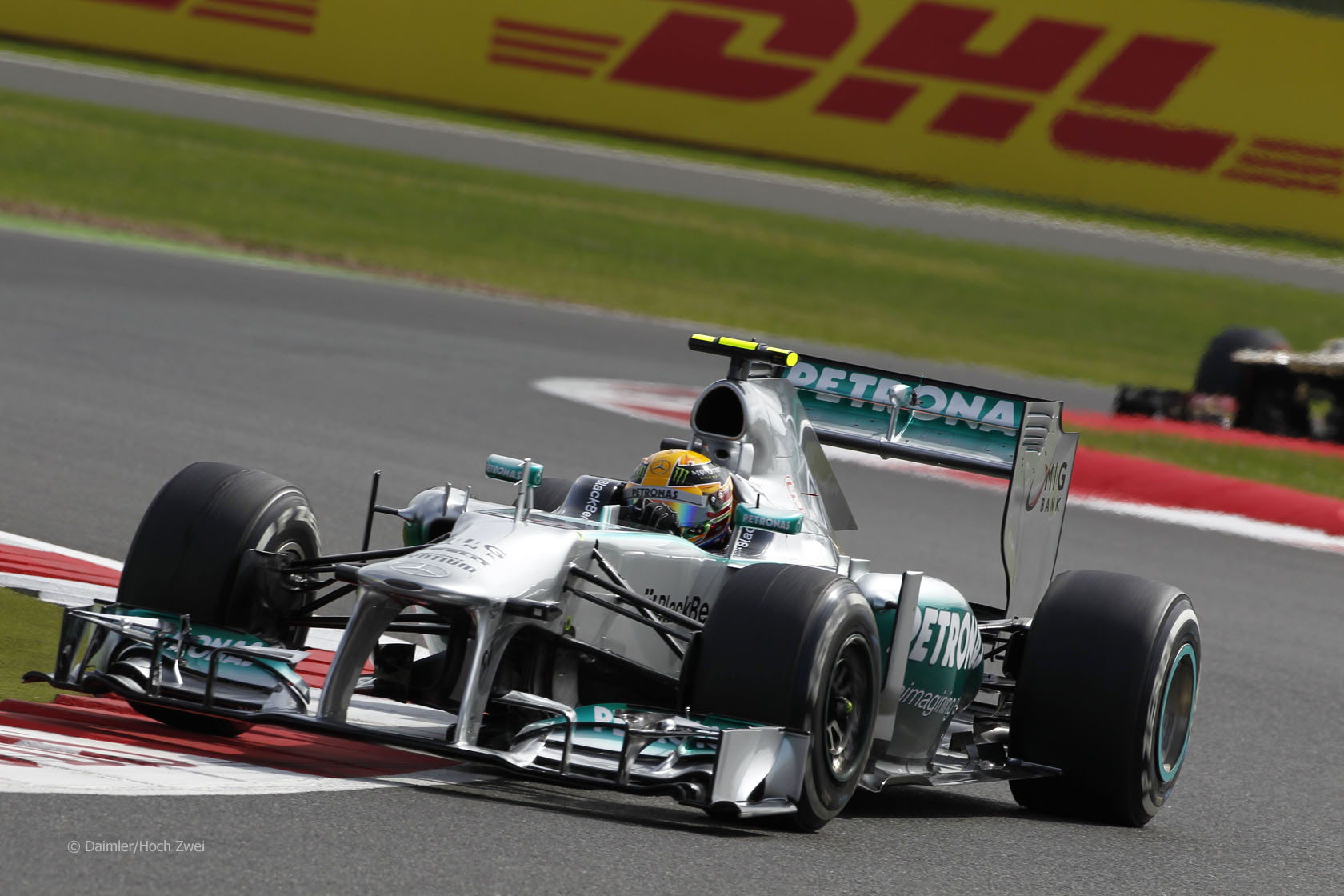 Lewis Hamilton and Jenson Button called for changes to F1 tyres following a spate of failures during the British Grand Prix.

Hamilton was leading the race when his left-rear tyre exploded. “The safety is the biggest issue,” he said. “It’s just unacceptable really.”

Hamilton was involved in a test with Pirelli ahead of the Monaco Grand Prix to try to solve the problems with delaminations which had happened earlier in the season:

“I think we had that tyre test to develop and improve the tyre and stop that from happening. And after the tyre test they didn’t do anything about it.

“And to have four blowouts… it could have happened at high speed, someone could have crashed and I was thinking in the race behind the Safety Car it’s only until someone gets hurt that someone’s going to do something about it.

“But obviously I’m massively disappointed, and it is down to the tyres.”

Hamilton added: “I think it’s a waste of time talking to anyone at the moment, if I’m honest. They can see what happened today, if they don’t react on it then this is everything.”

Button said the problem with the tyres “needs to be sorted out.”

“Happening in a slow speed corner, fair enough that’s pretty bad. But happening at 300kph which is what Checo’s went at, it’s not right and it’s not just for the driver in the car, dangerous, it’s dangerous for all the cars behind.

“First of all he could lose control at that speed but also the cars behind are getting hit with a massive piece of belt of rubber, which has got metal in it. So it’s got to change.”

69 comments on “Hamilton and Button demand changes to tyres”