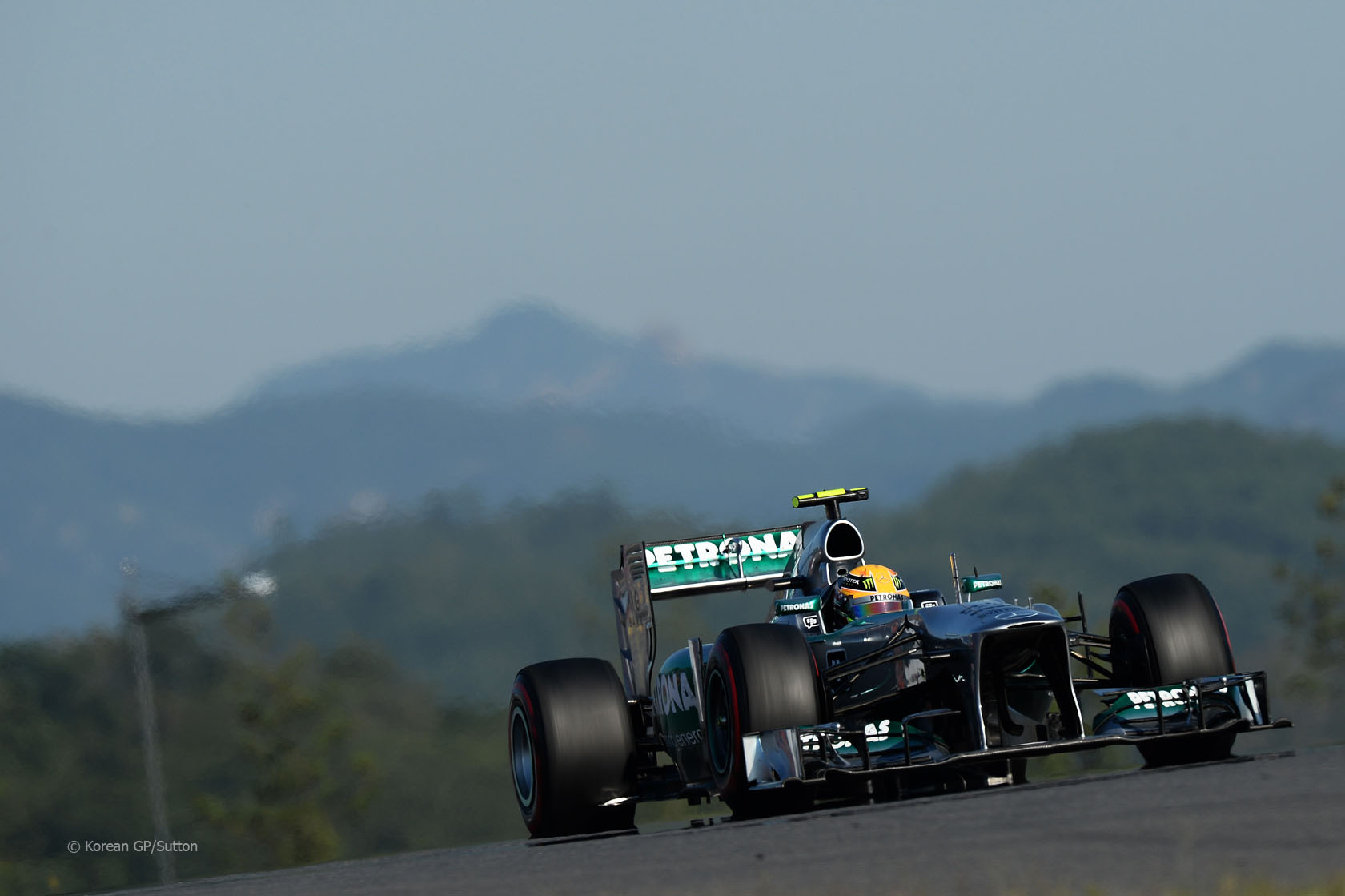 Lewis Hamilton improved his quickest time from first practice by almost a second and remained the driver to beat in Korea.

The Mercedes and Red Bull drivers were closely matched, all four drivers separated by less than two tenths of a second after their runs on the super-soft tyres.

Sebastian Vettel was the last driver to do a lap on the softer rubber but fell short of beating Hamilton by a tenth of a second afterwards. He pitted immediately afterwards due to a problem with his brake bias adjuster.

Felipe Massa was best of the rest for Ferrari, just over four-tenths of a second slower than Hamilton. He had a run-in with the driver who will replace him at Ferrari next year during the session, locking a wheel as he passed Raikkonen’s Lotus.

Raikkonen’s car was repaired in good time following his crash in the first session, allowing him to set eighth-quickest time, the Lotus and Ferrari drivers occupying positions five to eight.

Jenson Button and Adrian Sutil completed the top ten, the latter pipping his team mate by just one thousandth of a second.

16 comments on “Hamilton stays ahead in Korea”