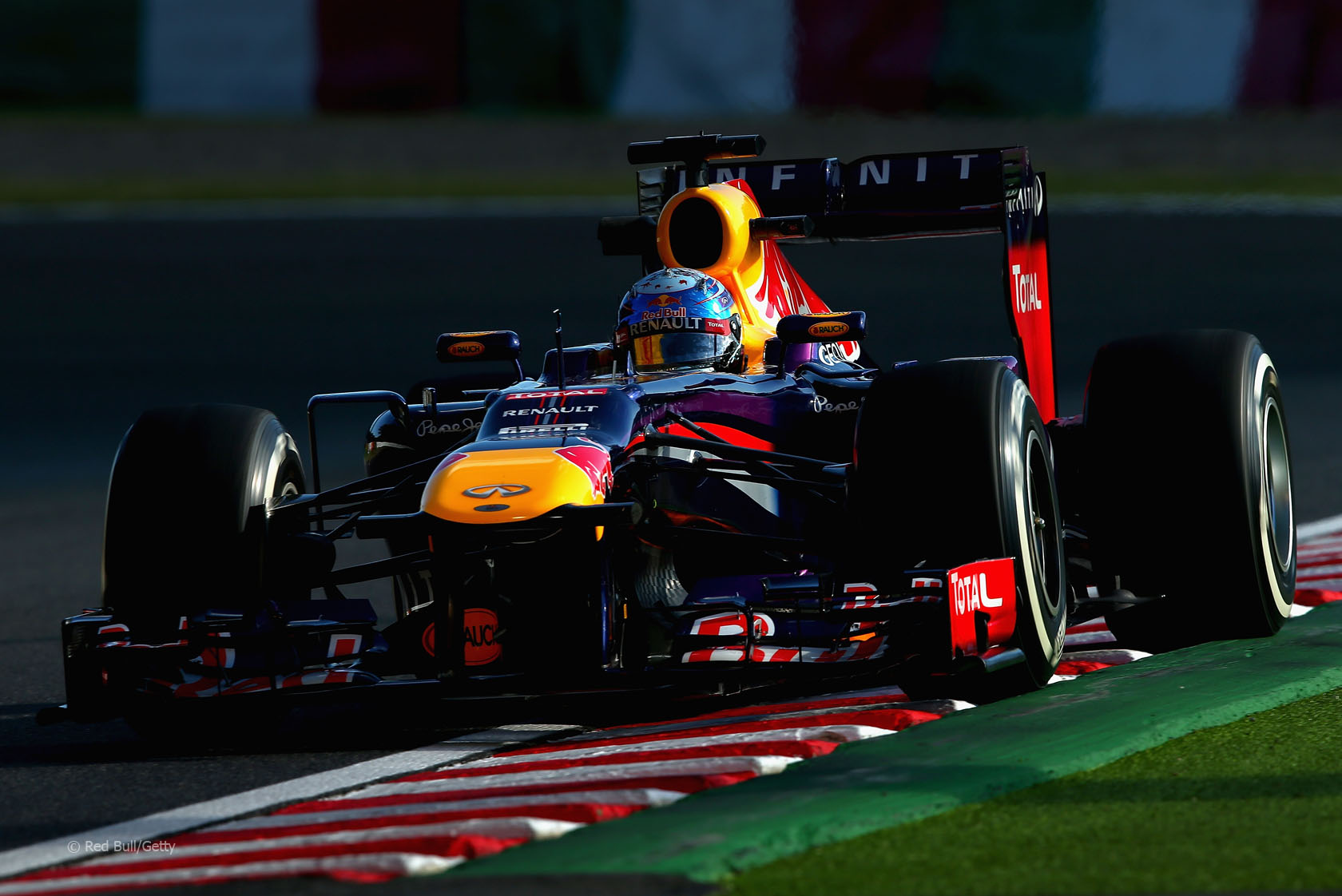 Sebastian Vettel is poised to clinch the world championship after scoring his ninth victory of the season in Japan.

Vettel’s fourth win at Suzuka came despite both Red Bulls dropping behind the fast-starting Romain Grosjean at the start.

Red Bull used different strategies to attack Lotus, bringing Mark Webber in early for his second stop and leaving Vettel out longer for his. Vettel passed Grosjean shortly after his final stop but Webber took longer to clear the Lotus after to his and had to settle for second behind his team mate.

Fernando Alonso took fourth place from Nico Hulkenberg, who was also passed by Kimi Raikkonen on the penultimate lap.

Nico Rosberg was eighth after a drive-through penalty for being released from the pits too soon, while Felipe Massa was also penalised for pit lane speeding. He finished tenth behind Jenson Button.