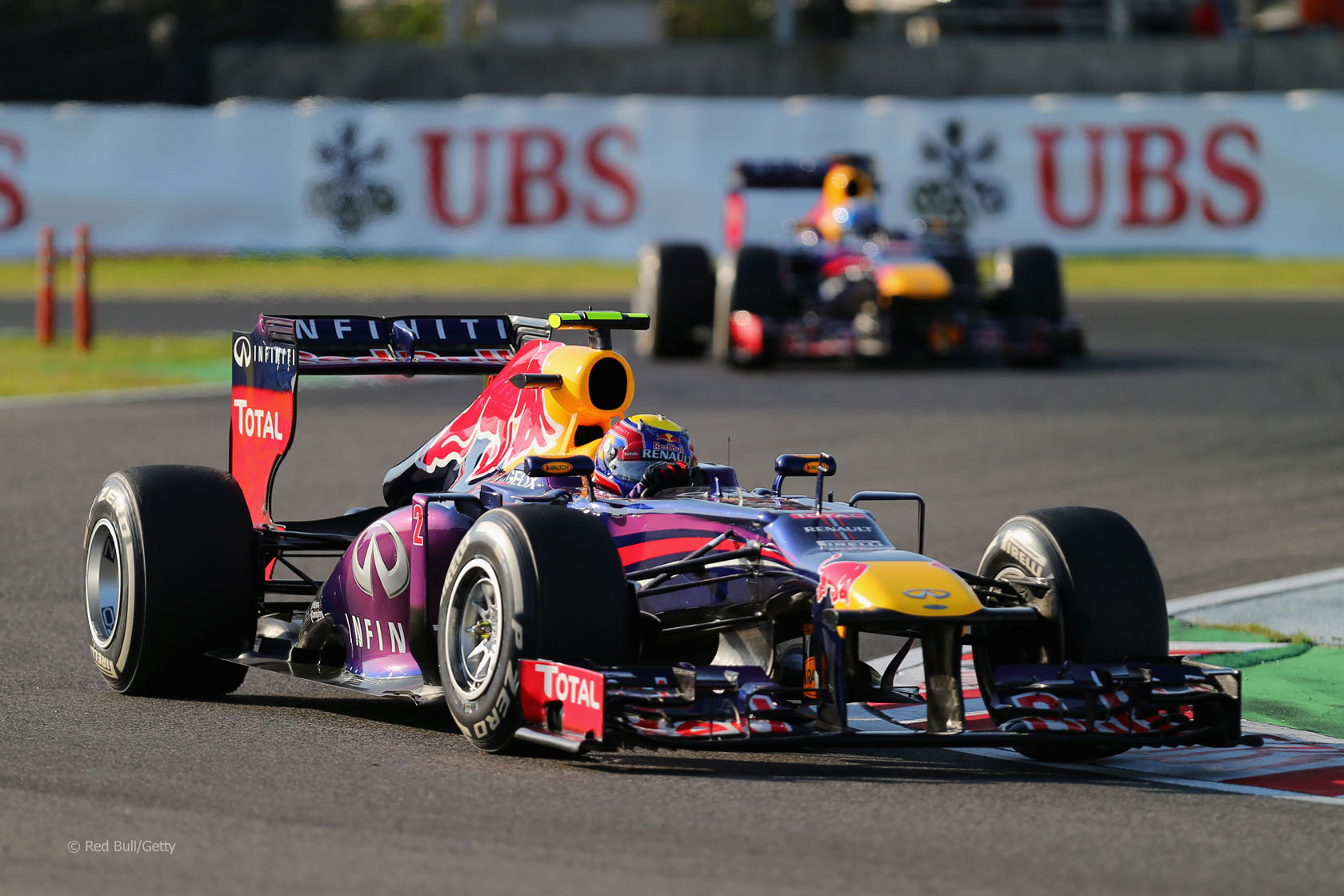 Mark Webber remains unsure that his mid-race switch to a three-stop strategy in the Japanese Grand Prix was the right decision.

Red Bull split their drivers’ strategies at Suzuka after both fell behind Romain Grosjean at the start. Webber finished second after passing Grosjean in the final stint.

But Sebastian Vettel, who stayed on a two-stop strategy, moved ahead of his team mate in the pits and also passed the Lotus to claim victory.

Speaking at the press conference for the Indian Grand Prix Webber said he hadn’t looked into why his strategy was changed.

“I haven’t gone over any data from the last race whatsoever,” he said. “I still stand by what I said at the time that I was a bit surprised that we elected to do that.”

“Having to three-stop you’ve got to pass three cars to win the race against that of maybe sticking to a two where you’re just focused on trying to beat Romain.”

98 comments on “Webber still has doubts over Japanese GP strategy”