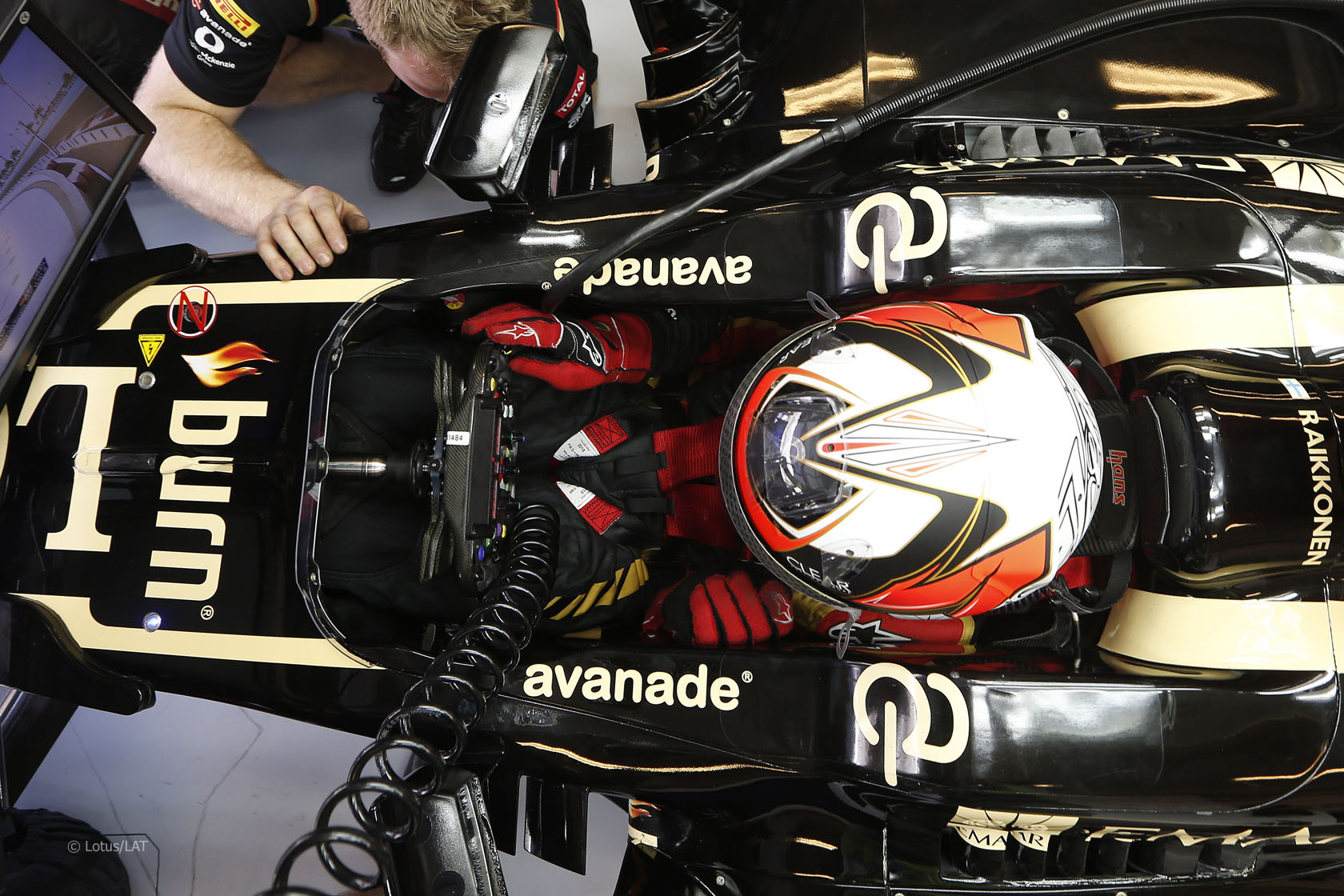 In the round-up: Daniel Ricciardo says the news of Lotus failing to pay Kimi Raikkonen highlights the F1’s financial problems.

State of F1 ‘needs to be addressed’ (ESPN)

“Obviously it’s not a nice place to be and unfortunately I don’t think he’s the only one. This is the top of motorsport in the world and if a driver like Raikkonen is not getting paid then the sport is not in the best shape.”

Ecclestone asks to ‘go back on?óÔéĽÔäó evidence (The Telegraph)

“Bernie Ecclestone asked on Friday to ‘go back on’ some of the evidence he had given to the High Court on Thursday in his $140?óÔéĽÔÇ?million damages lawsuit as he was accused of ‘lying repeatedly’.”

“[Constantin Medien lawyer Philip] Marshall put it to Ecclestone that he had blocked other potential bidders from conducting due diligence on Formula One at a time when Gribkowsky’s BayernLB bank was considering selling its stake but actively encouraged CVC to bid and guided them on how much to pay.”

“Kimi Raikkonen has visited Ferrari for a seat fitting ahead of his return to the team next season.”

Unnamed FIA representative: “Now that we have all the tracks how we want them, we see no reason to take a different approach.”

“At the opening round of the 2007 season in Melbourne, Australia Stepney had an informal chat with his former colleague Mike Coughlan then at McLaren. They discussed the rear wing and moveable floor fitted to the Ferrari F2007, both of which Stepney felt were outside of the regulations.”

“The strangest rumour I?óÔéĽÔäóve ever read about myself was?óÔéĽ?Ş
SP: There have been so many. Probably the most nutty was that McLaren was not going to sign me because Telmex was not paying on time.”

Be sure to check out T6 for our German Biergarten, which is new this year! It'll feature multi-beer taps, German food and more!

@William-Brierty reckons the FIA haven’t chosen F1 for one of its ‘moments of the year’ because it hasn’t produced any:

That really is the completion of an incredibly depressing circle. Even the FIA thinks F1 in 2013 has been dull.

Twelve months ago there were incredible performances from Alonso in Malaysia and Valencia to choose from, a pits to podium drive from Vettel, Hamilton making the most of his one and only chance in Austin and countless mesmerising overtakes from returnee Raikkonen… oh, and a win for ‘everyone?óÔéĽÔäós second favourite team’ and a ‘pole’ for Schumacher.

What do we have in 2013? Two McLarens bumping into each other in Bahrain and a whole load of delaminations at Silverstone?
@William-Brierty