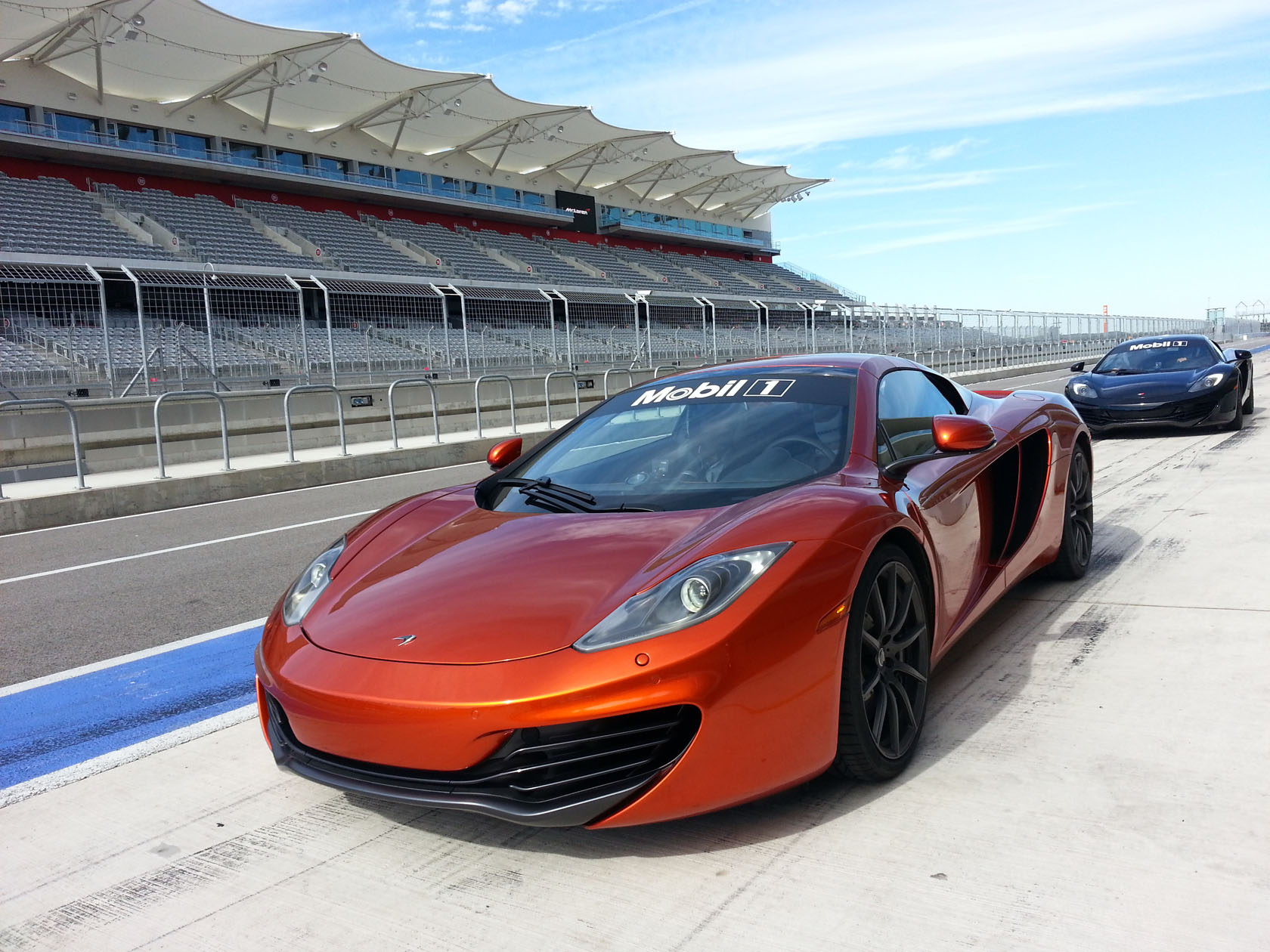 That’s not a corner, it’s a launching pad. It’s a ramp pointing skywards which is going to send me, the McLaren MP4-12C I’m sitting in, and the surprisingly unflappable instructor in the passenger seat flying over the barriers and into the next state.

Turn one at the Circuit of the Americas is steep. Eau Rouge steep. I know because I’ve now walked up both of them and now, courtesy of Mobil 1, I’ve also had a chance to do what 22 Formula One drivers will on Sunday – drive one of the best modern circuits in Formula One.

Circuit design is a hotly debated topic. The latest generation of tracks are criticised for being insipid and unchallenging. The team behind the Circuit of the Americas, led by Tavo Hellmund and motorcycling world championship Kevin Schwantz, did not want another flat, featureless Yas Marina or Bahrain on their hands.

Hellmund famously gave F1 track designers Tilke Gmbh a shopping list of the world’s greatest corners. I’ll get to them once I’ve tackled the daunting turn one.

My instructor points out a cone next to the track which marks where I’m supposed to start braking. I know they’ll have placed it well before the true braking point for a car of the 12C’s capabilities. But while it may be capable of braking much later but my right foot has a mind of its own. Metres before the cone it jumps off the accelerator and stands on the brake.

The steep incline allow you to shed off speed surprisingly quickly. But now I’m starting at the sky, and the widening entry to the corner makes nailing the apex doubly difficult, even at my embarrassingly slow speed.

Now we’re plunging downhill into the ‘greatest hits’ sequence. This is usually likened to Silverstone’s Maggots and Becketts sequence but having driven both the differences between the two are quite striking. COTA’s curves have more undulation, with several blind apexes, and aren’t approached at quite as high a speed as Silverstone. But COTA’s tortuous combination of corners goes on for longer – merely remembering which corner comes next feels like an achievement.

It’s hard enough work for me tackling it in a high-performance sports car like the MP4-12C. But F1 drivers cover the same section of track in a fraction of the time, their hands a blur of motion as their cars snap viciously from corner to corner.

Each time by I remind myself to be prepared for turn seven – a deceptively tight left-hander that urges you to attack but punishes the greedy. This being a modern-generation track the tarmac run-off is vast and forgiving – and I’m grateful for every last millimetre of it.

The long back straight, intended to facilitate overtaking, serves as welcome respite from the disorientating start to the lap. But at this point the character of the circuit changes dramatically.

From turn 12 we’re into a sequence of pedestrian hairpins. The first part of the lap made the hairs stand up on the back of my neck and my nerves tingle. This section is akin to driving around Sainsbury’s looking for a place to park and is exactly as thrilling.

I’m left wondering what purpose these corners is supposed to serve. It’s no fun to drive and it certainly adds nothing to the spectacle. It’s a sequence of bends beneath the abilities of a humble road car, let alone a snarling F1 beast.

Happily the track now reverts to its former character. Turns 16, 17 and 18 have shades of the celebrated quadruple-apex turn eight at Istanbul. Here the instructor tells me to keep the steering angle consistent and position the car using the throttle – easier said than done, but immensely satisfying when you get it right. I’ll bet.

During practice last year car after car sailed off the track at turn 19 and now I’m driving it I can see why. It comes up on you very quickly out of turn 18 and id another of COTA’s deceptive blind corners. “Brake now, brake now,” the instructor reminds me with increasing urgency shortly before I conduct another examination of the kerbing. Turn 20 is one of those nothing corners that serves merely to bring you back where you started. I get half-a-dozen laps of this white-knuckle ride before the instructor takes over to show exactly what the car can do.

On this run we get as far as turn 11 – the farthest point from the pits – when the McLaren’s engine coughs from a lack of fuel, forcing us to crawl back to the pits.

The track has had 12 months’ use since F1 last raced here, with the World Endurance Championship, V8 Supercars and more laying rubber down. The surface is giving more grip and the track workers have seen their cars getting thirstier and thirstier – a factor teams will have to bear in mind this weekend.

There’s been a lot of hype about the Circuit of the Americas but this is one of those occasions when there’s a lot of substance to it. Jenson Button said “the first sector of this circuit ranks as one of the best parts of a racetrack anywhere in the world” and it’s hard to disagree with that.

For the most part this is a superb racing circuit with many great corners. And these great corners need some great names. Might I suggest Andretti, Hill, Gurney, Foyt…

37 comments on “A modern classic: Driving a lap of COTA”