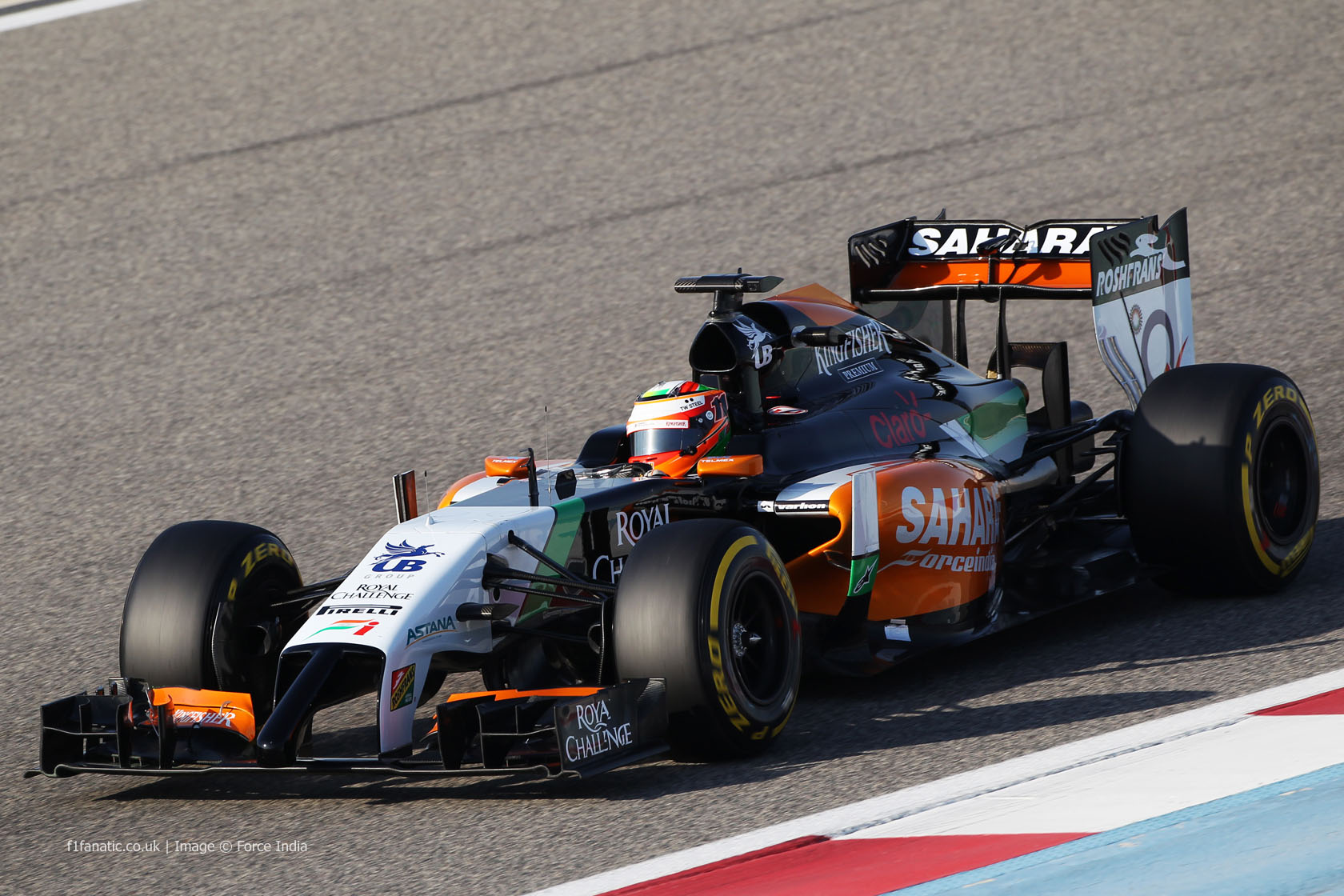 The Force India driver’s best time of 1’35.290 was two seconds off the quickest lap set by Nico Rosberg last week.

A late run by Valtteri Bottas moved him up to second place at the end of a busy day in which he completed a mammoth 128 laps, more than two grand prix distances.

Ferrari had a quiet morning following the discovery of a technical problem but Kimi Raikkonen improved his time half an hour before the session finished to end the day third-quickest. His Ferrari stopped on track shortly before the chequered flag appeared.

In contrast, Red Bull made an encouraging start to the day as Daniel Ricciardo took to the track early on and improved on their best lap time from the week before. But the RB10’s teething troubles resurfaced and the car spent much of the afternoon in the garage before emerging for a brief run minutes before the end of the session.

It was a familiar story for the other Renault-powered teams, each of which was responsible for interruptions to the day’s activity. Kamui Kobayashi‘s Caterham stopped on track early in the day, then reappeared after lengthy repairs.

Pastor Maldonado caused another red flag shortly after rejoining the track following software changes on his Lotus. And Daniil Kvyat’s Toro Rosso came to a stop at turn two, after which he did not return to the track again.

Marussia did not complete as many laps as Toro Rosso, but Max Chilton did complete the most running for the team in any day of testing so far this year.

Quickest lap time by each team: