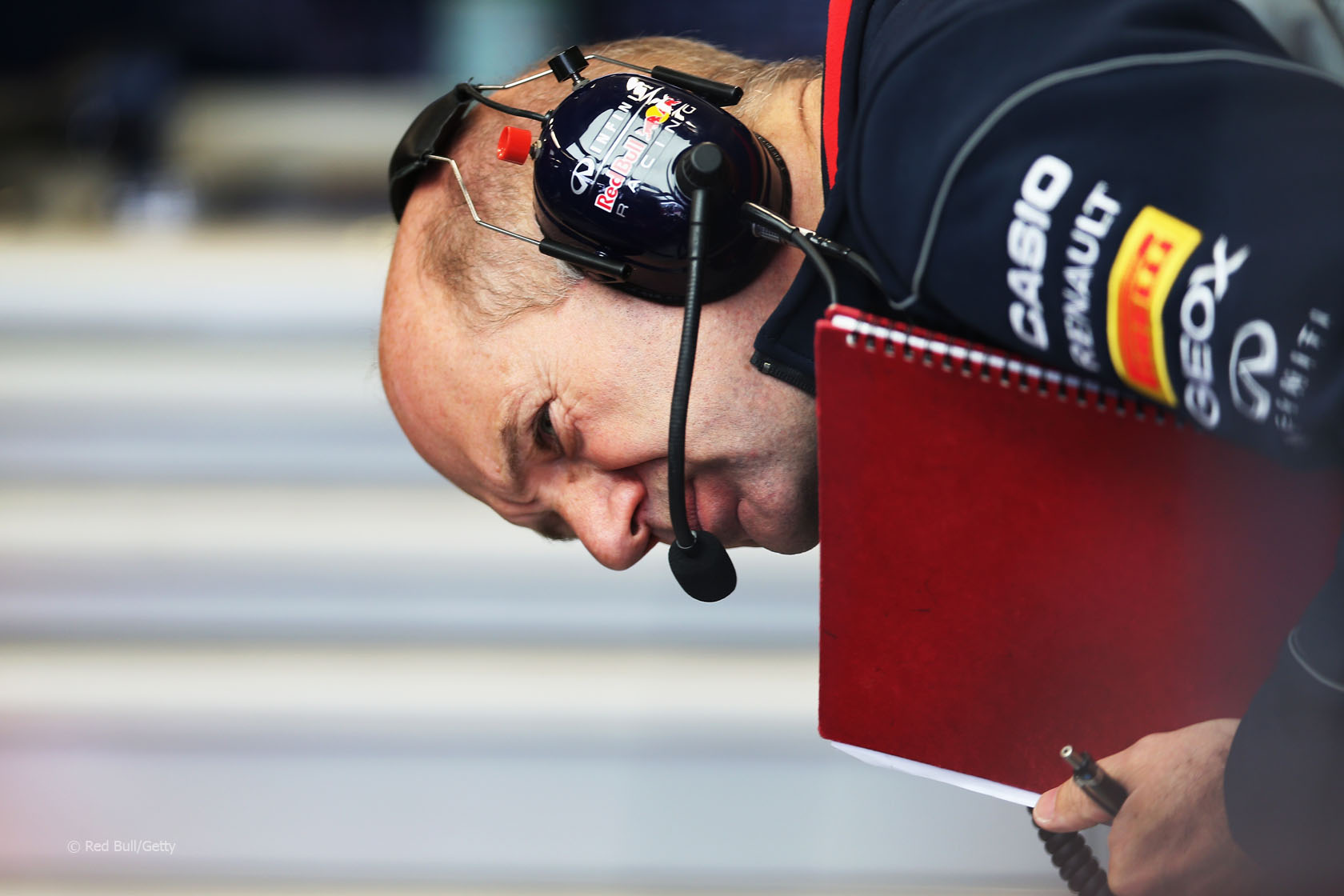 In the round-up: Red Bull are prepared to continue in F1 as technical director Adrian Newey scales down his involvement in their race car programme.

Helmut Marko: “The team was built around Adrian [Newey] but we have a group of really good people and are prepared for the challenge.”

“The first [discussion point] is titled: ‘Improving the show: how can we make Formula 1 more attractive to our fans?’ And the second is: ‘The rule changes: who is going to take responsibility for educating the public in order to reinforce their information?'”

“I’m not planning on having any partners in the F1 team. This is kind of a big risk thing and I wouldn’t really want to give anybody expectations that we are going to make money with it but that is the goal. The ultimate goal is to have a successful race team.”

Lewis Hamilton on Michael Schumacher: Mercedes driver delighted at ‘amazing’ news that former champion is out of a coma (The Independent)

“I always keep him in my thoughts and prayers and it’s a real positive to hear that there’s some progress.”

“I cannot but think that if Michael had emerged at all from the minimally conscious state that Sabine so accurately described in April, we’d be told that Michael is leaving for rehab, that he is having problems expressing himself and will work hard to get better. Or that he’s having to learn to walk, read, write, etc all over again. But no, we’re told what we already know, and pretty much told to not ever expect further updates.”

Thank you all so much! (Michael Schumacher)

“We would like to thank all the people who wish Michael well for their positive energies. We are sure they had helped him already.”

Vote for this proposal for a new Lego set based on the Lotus-BRM 43 with an H16 engine which Jim Clark used to win the 1966 United States Grand Prix at Watkins Glen.

Just can't watch World Cup, all that diving and crying.The bike boys get lifted onto their machines full of metal and painkillers +race hard

Another view on the engine debate from @John-H:

I don’t think this has been talked about too much, but I believe quieter engines might help get more young people to attend the races. For example, I’m now considering getting a ticket for my three-year-old daughter to come and see the racing cars on one of the Silverstone days. I’ve managed to get her interested in racing cars on the TV, but now I can take her to grands prix as she grows up knowing I probably won’t permanently damage her hearing (too much at least).

As I say, not many have talked about the family aspect so I thought it should be raised.
@John-H

For the second race in a row in 1989 Ayrton Senna dropped out of a race he had been leading with a techical problem. Another engine failure handed a one-two to Williams, with the Dallara of Andrea de Cesaris third.

The rain-hit race also saw Derek Warwick retire after leading for four laps in his Arrows. Nigel Mansell and Alessandro Nannini disqualified for leaving the pits before the lights had gone green – as seen in this video from the race:

65 comments on “Red Bull prepared for F1 life after Newey”