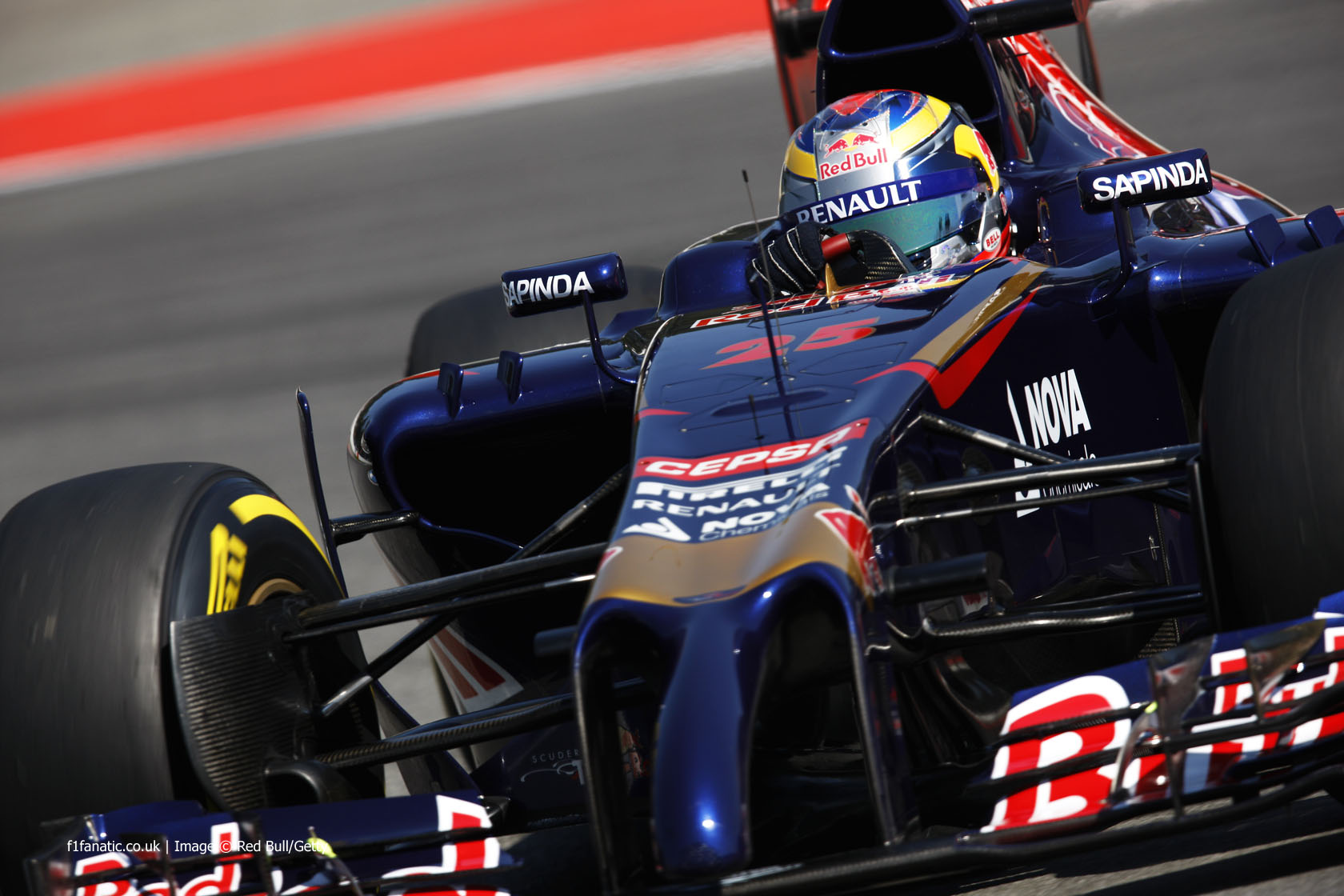 Jean-Eric Vergne has been given a penalty point for leaving the track and gaining an advantage during the German Grand Prix.

Vergne went off at the exit of the Spitzkehre while battling with Romain Grosjean. The stewards ruled he failed to hand back an advantage after leaving the track.

The Toro Rosso driver had to serve a five-second stop-go penalty during the race and was also given his first penalty point of the season. Any driver who accumulates 12 during a 12-month period will automatically receive a one-race ban.

Vergne is the first driver to receive a penalty point since the third race of the season in Bahrain. The penalty point system was introduced earlier this year.