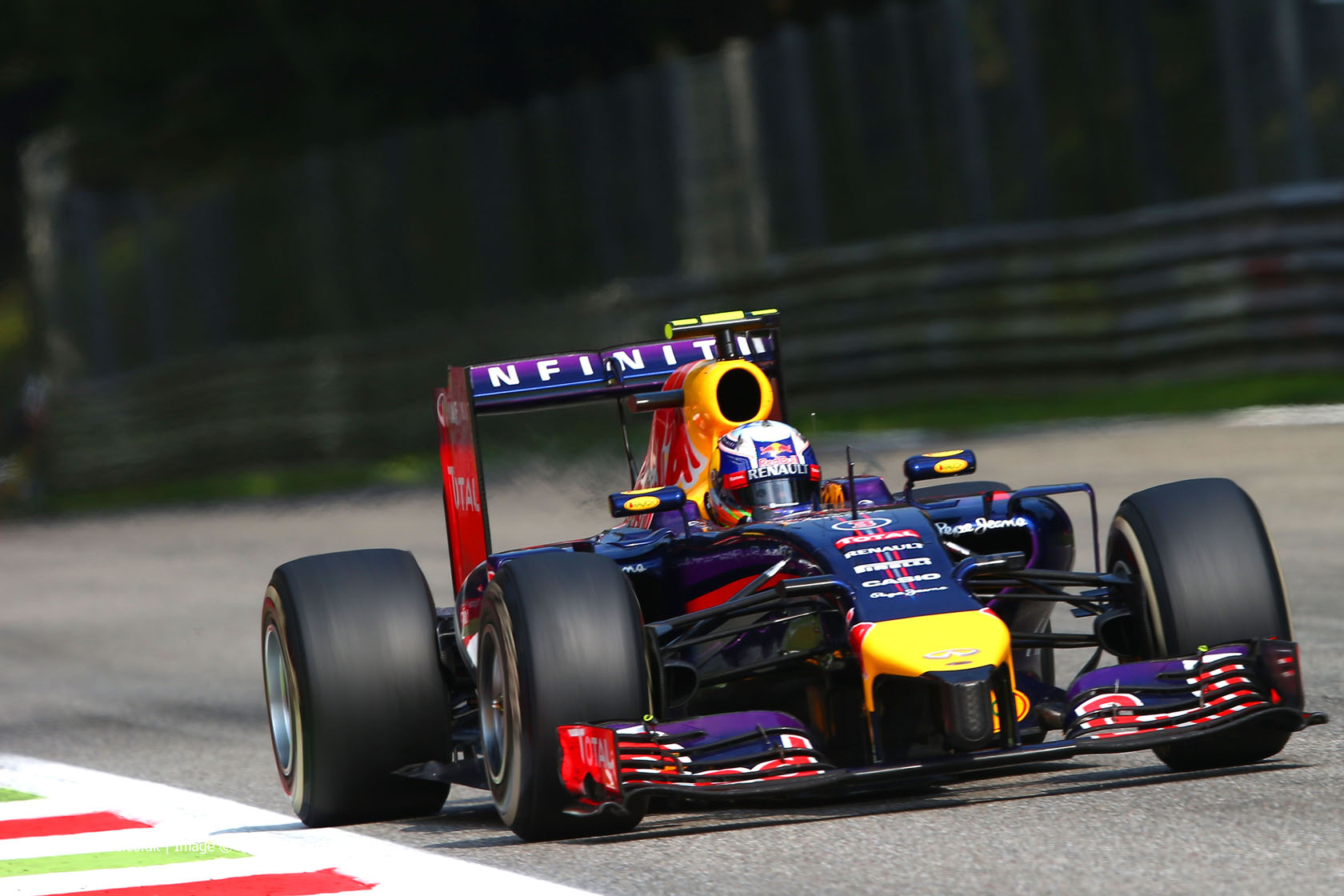 Red Bull delivered on their car’s potential by using aggressive strategies for both their drivers. But it led to their drivers fighting for position at the end of the race.

As there is little rewards for deviating from a one-stop strategy at Monza, Red Bull staggered the stints of their two cars to maximise their chances at a track which did not play to their strengths.

Sebastian Vettel was the first of the one-stopping drivers to make his pit stop, on lap 18. This was two laps earlier than anyone did last year.

This gave him the advantage of the ‘undercut’ and allowed him to get ahead of Valtteri Bottas (albeit temporarily) and Jenson Button.

Team mate Daniel Ricciardo, however, had made a poor start and had to rely on the opposite strategy. “It’s one of the longest runs up to turn one here from the start line and it’s not a place where you want to have a bad one,” he said, “but I dropped the clutch and didn’t get the traction.”

Red Bull left Ricciardo out until lap 26, by which time almost all the other cars had pitted. He took full advantage of his fresher tyres, passing Kimi Raikkonen, Jenson Button, Sergio Perez and Kevin Magnussen.

Ricciardo picked off one more car before the chequered flag fell – and significantly, it was his team mate’s. Team principal Christian Horner reckoned the pass was “inevitable” given how their tyres performed during the final stint.

“We picked two different strategies,” he explained, “an aggressive one with Sebastian to undercut the McLaren, which worked and gave him track position but unfortunately made his tyres marginal at the end of the race.”

“With Daniel we took the opposite approach as he was running in clear air. We ran him long in the first stint with a shorter second stint and then his passing moves to come back through the field were truly impressive and obviously with Sebastian struggling with tyre degradation due to the length of the stint, it became inevitable that the two were going to swap positions.”