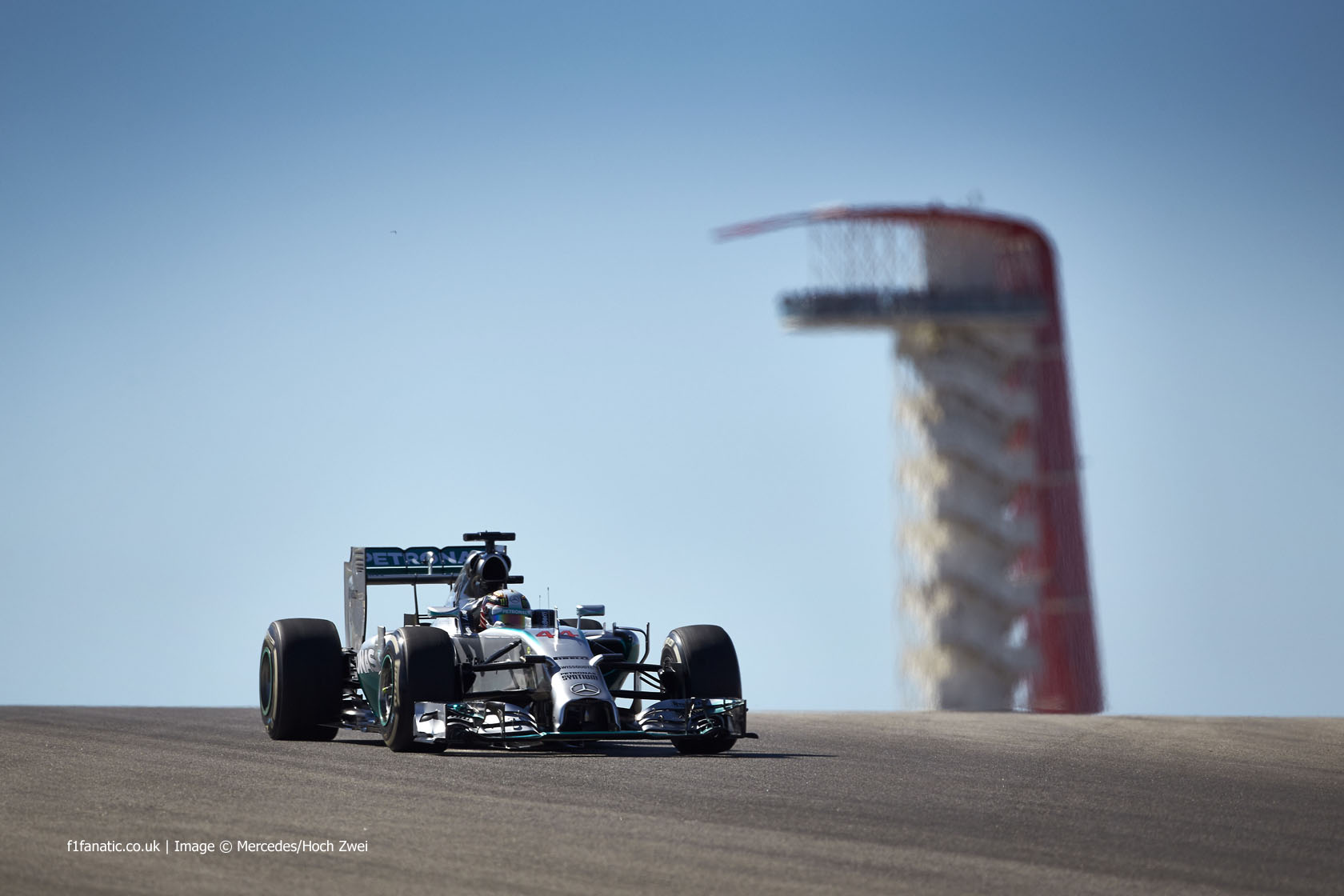 A crucial pass on his team mate put Lewis Hamilton on course for his tenth victory of 2014 at the Circuit of the Americas.

Having run behind Nico Rosberg in the first stint Hamilton dived past his team mate at turn 12, and went on to claim his fifth win in a row. The championship now can only be won by one of the two Mercedes drivers.

The pair were separated by 4.3 seconds at the line. Daniel Ricciardo was over 20 seconds behind in third after passing both Ferraris and jumping the Williams pair through the pits.

Felipe Massa came fourth after getting ahead of Valtteri Bottas at the start. Behind them Fernando Alonso was sixth having prevailed in battles with Jenson Button and Sebastian Vettel.

The latter found themselves struggling with tyre wear at the end of the race, and while Button persevered Vettel made a late switch to soft tyres. It left him out of the points with seven laps remaining, but by picking off a string of rivals he regained seventh place and was closing on Alonso when the flag fell.

Button slipped backwards at the end leaving Kevin Magnussen to claim McLaren’s only points with eighth. Behind him was Jean-Eric Vergne, who ended the race under investigation following an aggressive pass on Romain Grosjean which loosened the Lotus driver’s grasp on the top ten.

the other Lotus of Pastor Maldonado took his place, and demoted Vergne on the final lap. However a five-second time penalty for speeding in the pits – his second sanction of the race – will drop him back to tenth unless Vergne is penalised.