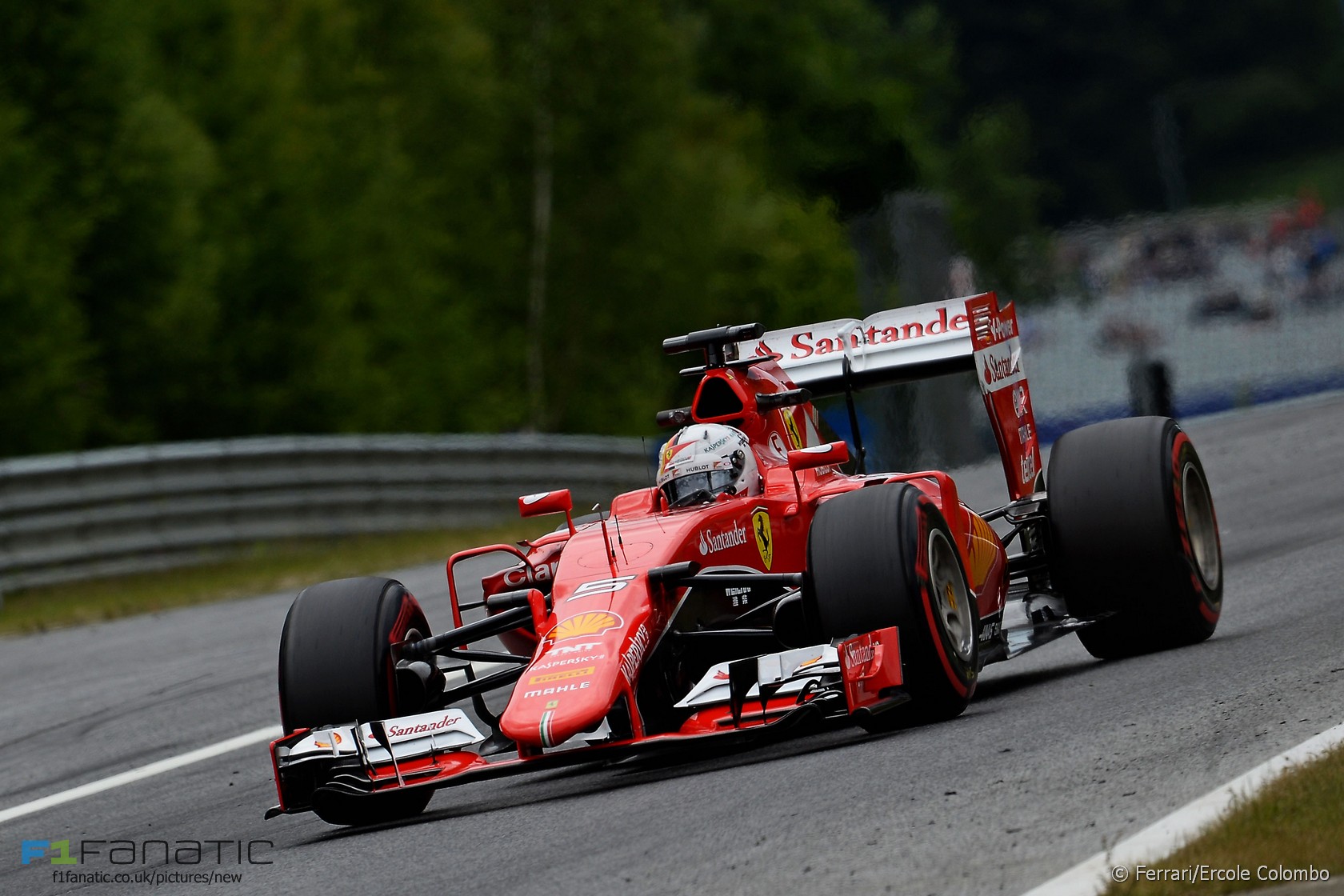 Last year problems for the Mercedes drivers in qualifying allowed Williams to beat them to the front row. However this time errors by both Mercedes drivers on their final laps served to hinder their rivals.

With Lewis Hamilton spinning at turn one on the start of his lap, and Nico Rosberg running off at the final corner at the end of his laps, yellow flags were shown forcing some of their rivals to back off.

The yellow flags also meant DRS was disabled at some points on the track. Sebastian Vettel and Valtteri Bottas – arguably the two biggest threats to the Mercedes drivers in Q3 – were both unable to use DRS for part of the final laps. Bottas was unable to improve his time and qualified sixth, while Vettel was less than two tenths of a second off beating Rosberg.

In other championships drivers are penalised if they make a mistake and affect a rival’s lap time in this way. Mercedes can feel relieved F1’s rules are more lenient.

For Hamilton, his seventh pole position of the season was a relief – Q3 was the first time he’d led a session all weekend. “It was really quite a bad qualifying session all around for me,” he admitted.

“I was off Nico for three or four tenths each session and each run, each lap and I just didn’t have the confidence in the balance I had at the time, and the temperature of the tyres and the brakes.”

Hamilton had a similarly scruffy end to qualifying at the Red Bull Ring last year, but qualified ninth instead of first after his turn one spin. He said it was “a bit similar to what happened last year in turn two here.”

“I definitely do that quite often in this car. Not sure why. Got big feet I think.”

Hamilton looked uncomfortable in practice as well as qualifying, and his struggles in Q3 last year give the impression this is not a track he has clicked with since it returned to the calendar. But in the race last year he drove superbly, making up five places on the opening lap and pressing Rosberg hard for victory as they overhauled the Williams pair. The best hope for a scrap for victory lies in Vettel’s Ferrari, which starts third on the grid. “Normally between Saturday and Sunday we’re able to close the gap a bit, so hopefully the same will happen tomorrow,” said Vettel.

The Ferrari driver chastised himself for holding back at the start in Canada two weeks ago. He surely will not do the same if he’s wheel-to-wheel with a silver car tomorrow, which he has a good chance of doing as he starts on the racing line. And the long straights at the beginning of the lap offer great opportunities for slipstreaming and passing at the Red Bull Ring.

With most drivers likely to make a single pit stop the strategic options open to the front runners are limited. But even with only one Ferrari starting near the front of the grid, Mercedes’ Toto Wolff is alert to the threat from the red cars.

“Ferrari did some seriously quick long runs yesterday and today and they looked quicker than us,” he said. “It will be a tough battle”.

Is the Ferrari threat to Mercedes real? How will the upgraded Williams fare at a track where they impressed last year? And what can Kimi Raikkonen salvage from 14th on the grid?