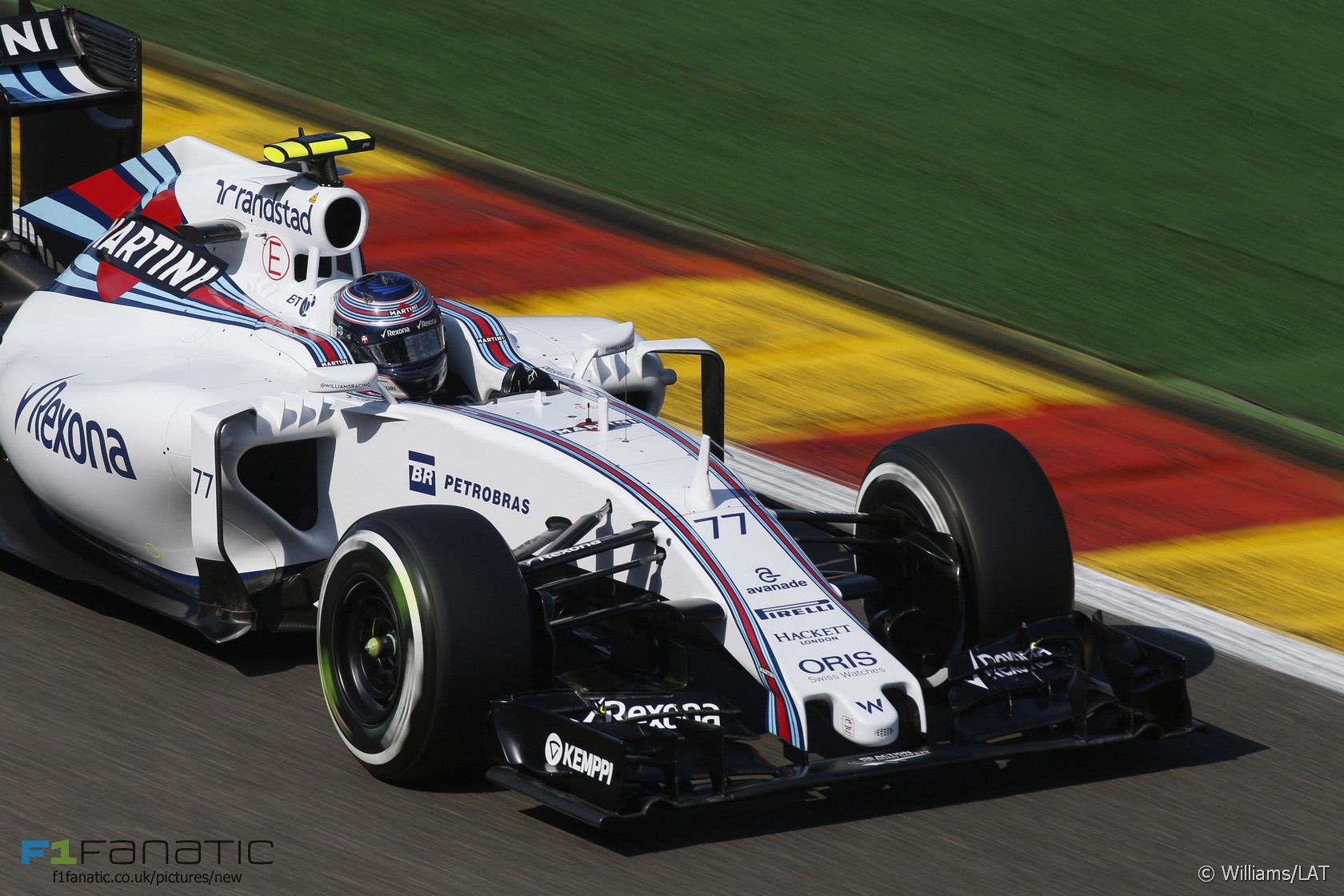 Williams have promised to investigate why Valtteri Bottas was sent onto the track with an illegal tyre combination during the Belgian Grand Prix.

Bottas was fitted with three soft tyres and one medium at his first pit stop on lap nine. This violated article 25.2 (c) of the Sporting Regulations which states “a set of tyres will be deemed to comprise two front and two rear tyres all of which must be of the same specification”.

Williams’ head of performance engineering Rob Smedley said: “As a team we have made a mistake, and on behalf of the team I am very sorry that we cost him what could have been a podium position.”

“There will be an investigation into the processes in place to understand what happened fully, and to put in place a procedure to stop this happening again.”

Smedley said the team’s lack of pace on the soft tyres at the start of the race compromised their result.

“The rest of our race was dictated by the lack of pace in the first stint and from then on we had to fight our way back,” he said.

“The big difference at this race was that there were five teams all with very similar race pace. Unfortunately though, because so many cars were close in performance, the result was dictated primarily by what happened in the first stint when we were struggling.”

“After that we had the pace on the [medium] tyre and as a result still managed to finish with both cars in the points.”

*Bottas was fitted with three soft tyres and one medium at this stop.