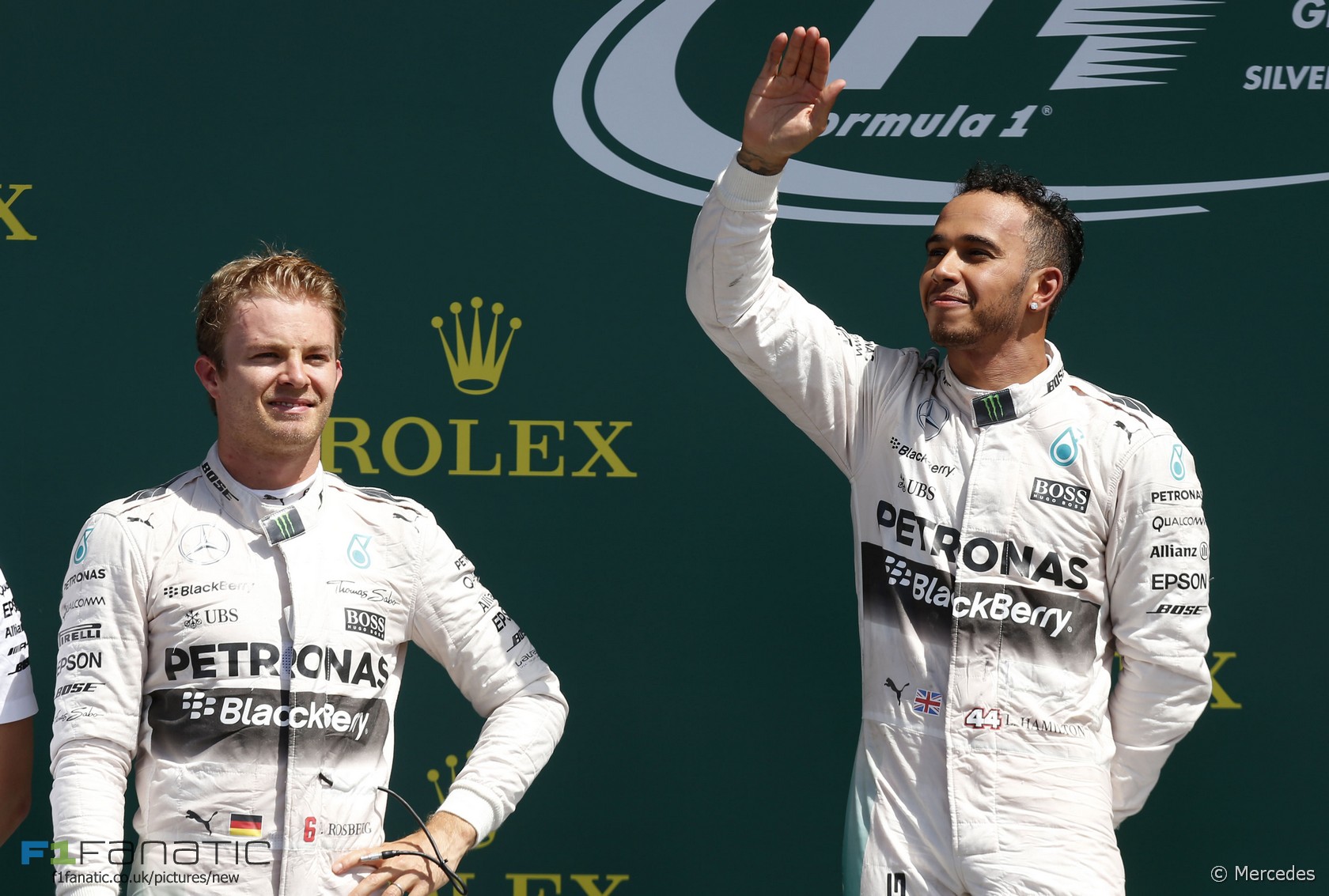 Lewis Hamilton has insisted his rivalry with Nico Rosberg is not a problem for Mercedes, despite team principal Toto Wolff’s recent concerns over his two drivers.

Wolff said the acrimony between his drivers “needs to stop” but Hamilton believes the team’s success this year shows no harm has been done.

“It’s always blown so much out of proportion,” Hamilton told the BBC in an interview. “You know, we’ve had 16 one-twos* so our relationship ain’t causing any problems. It’s not like he’s been distracted and not finished high up.”

“Ultimately I think it’s easy for people to take things for granted and I think we’ve both done a great job, we’ve not caused any problems. The energy within the team is as high as it’s ever going to be and that’s because we do what we do how we do it.”

“We’re never going to be best friends but we somehow make it work. There are tension moments but that’s the same in any kind of sport.”

Hamilton added the problem was typical of the dynamic between team mates in Formula One. “They shouldn’t really call us ‘team mates’, as such,” he said.

“The problem is there’s two championships. In football there’s one championship and for us we’ve got the constructors’ championship – that’s what they hire us and pay us to do – but individually we want to win the [drivers’] championship.”

He also said he was confident he will bounce back following Rosberg’s strong end to the season. “I’ve been racing 22 years, whatever I’ve done in the past has worked.”

“The last couple of years I’ve come back pretty strong every season, so that’s the plan for sure. You never know what is going to happen, but I am going to be working hard, working on my fitness, and I have every plan to come back strong.”

*Mercedes had 12 one-twos this year

23 comments on “Rosberg rivalry not a problem for Mercedes – Hamilton”