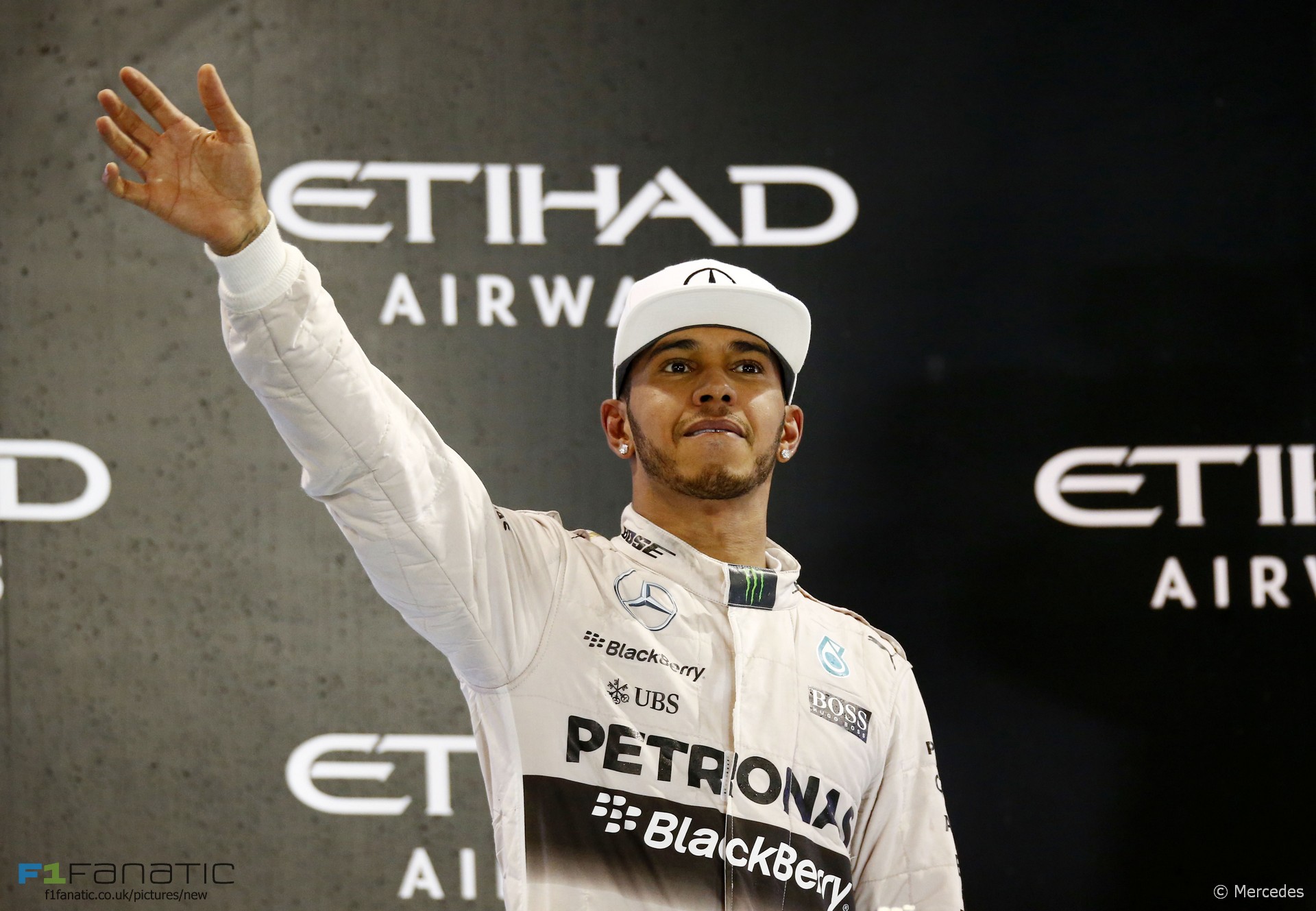 In the round-up: Lewis Hamilton reveals a surprising goal for the future.

Refuelling is back on agenda for chiefs (BBC)

"It's just another boomerang. Many things are canned and then reappear on the agenda. I wouldn't read too much into it. It's nonsense."

"We have not been happy with certain situations, mainly on the powertrains. Not the specification of the powertrain, but the cost for the teams and the possibility of being supplied"

"If I am unsatisfied with the situation for clear reasons, we will see what will be the next steps."

F1 will be noticeably louder in 2016, says Symonds (Reuters)

"I knew Jules (Bianchi) through my son. It is terrible to lose someone in an accident. For Michael is it different because he was like my family."

"I don't know when we are allowed to see the team choices. It is the FIA that announces the choices made by the teams, I am just led to believe that there are variations. That will provide that element of surprise."

Assisting an F1 team … from a distance (F1i)

"Years ago, I worked for one season in the comms room, and you could only listen to the radio and see lap times on the TV screens! Now people at the factory have access to everything I have on the pit wall: all the live data, all the intercom panel buttons."

"Piers Hunnisett ­– the manager of 2016 Formula 1 aspirant Rio Haryanto – has revealed he was almost caught up in the terror attack in Jakarta, Indonesia this week."

Raffaele Marciello is no longer in the Ferrari Driver Academy: https://t.co/ALFH4vuH0e However he is #F1-eligible: https://t.co/4IqAGjfNjn

2017 refuelling plan still not dead. So far 58% of you are against, 28% in favour: https://t.co/oBoyHEGxTd #F1 pic.twitter.com/WHklbbOked

I sincerely hope I commentate on at least one female F1 racer before I retire. She'll be deservedly revered, well supported, most welcome

It’s really weird to see an F1 driver with so many infractions unrelated to racing (jump starts, pit lane speeding, etc…). But what amaizes me the most is that he never says anything even close to admitting a mistake.

Saying the stewards treat him differently after you went 30 times in front of them to explain a tangle with another driver is so short sighted it’s beyond belief. How can you really pretend them to act the same as with the others if you’re a regular every weekend?!

It’s sad because the guy is certainly fast, but there has never been a driver better positioned for the “fast but reckless” motto. In that 2012 Williams he should’ve at least scored four more podiums.
@fer-no65

Seven years ago today Ron Dennis stepped back from control of the McLaren F1 team, handing it over to Martin Whitmarsh. He retook control exactly five years later, but the team endured its worst season for 35 years last season.