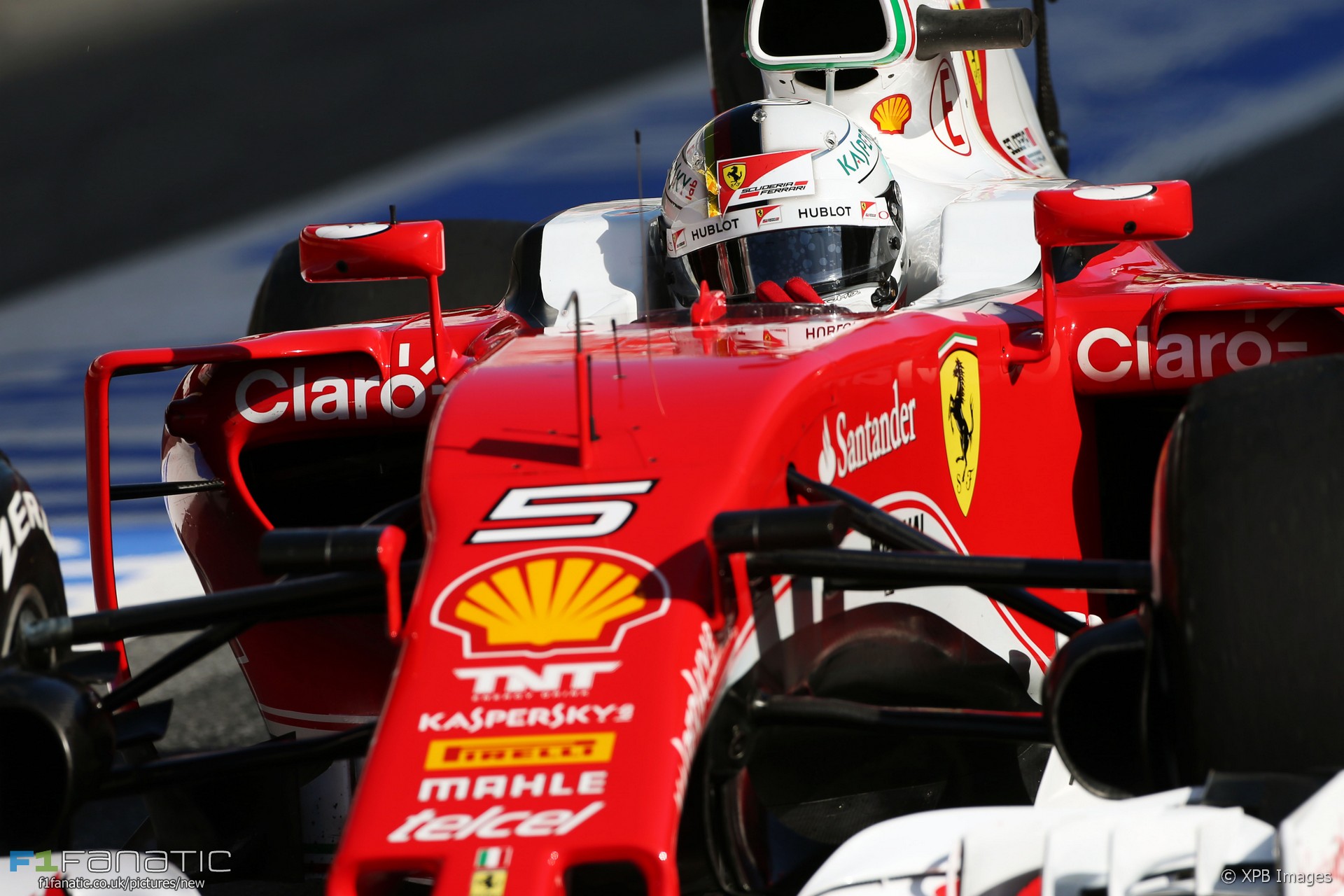 Pre-season testing for the 2016 championship ended with Ferrari on top for the fifth time in eight days. However Sebastian Vettel was unable to improve on the quickest time of the test set by team mate Kimi Raikkonen yesterday.

Mercedes concluded their low-key, high-mileage preparations in much the same fashion they had over the previous two weeks. But it was not a completely trouble-free day – Lewis Hamilton’s car came to a stop on the pit straight shortly before the lunch time break.

Nonetheless the team ended their eight days of running having completed more than 6,000 kilomentres of testing – just 97km less than they managed over the twelve days of pre-season running last year. Mercedes covered 50% more mileage than any team bar Toro Rosso.

Carlos Sainz Jnr had another busy day in the STR11 and also used the ultra-soft tyres to produce the team’s quickest lap of the test so far. He ended the day second on the times sheets ahead of Felipe Massa’s Williams.

The only other team to improve its lap time was McLaren, as Jenson Button posted a 1’24.714 on ultra-softs which left the Honda-powered car just under two seconds off the fastest time seen during the test.

Sergio Perez caused another of the day’s red flags when his car stopped on the track. Rio Haryanto was unable to run in the morning due to problems with his Manor, but a more productive afternoon session saw him complete 58 laps.

After a difficult start to the second test, Haas managed more 91 laps on the final day which was shared between its two drivers. The newcomers ended pre-season testing last on the times sheets but just three-tenths of a second off Manor.