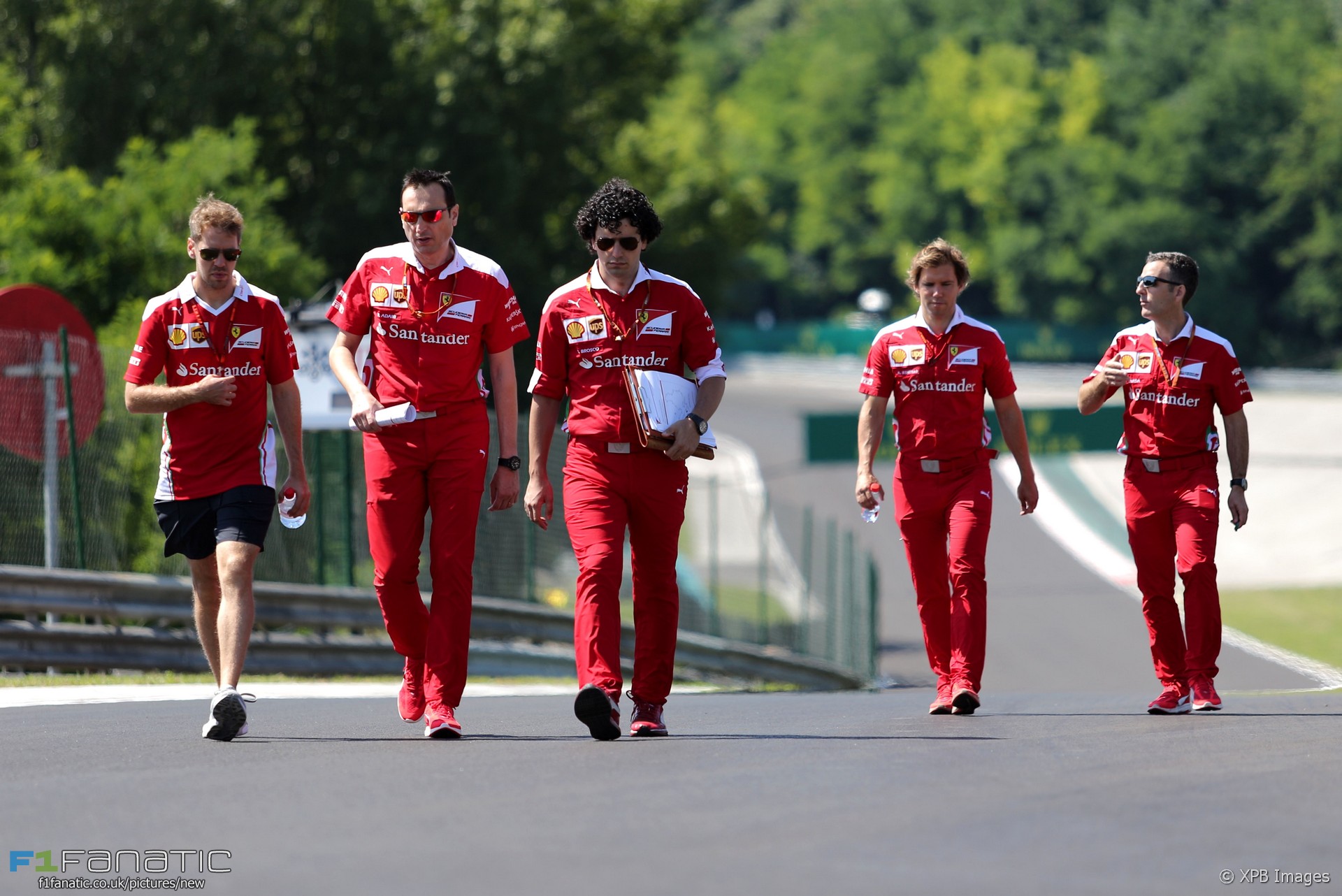 Lewis Hamilton and Sebastian Vettel have questioned the need for the resurfacing and kerb changes which have been done at the Hungaroring.

“I’m not really quite sure, again, why they’ve resurfaced this track,” Hamilton told reporters on Thursday. “They don’t have Moto GP here or anything like that.”

“It was great last year so it’s a shame they didn’t let it continue to age. But they obviously had the money and I guess they needed to make some changes for some reason.”

Vettel also spoke out against the growing homogenisation of Formula One tracks.

“To some extent it was the character of Hungary to be very bumpy,” he said. “We have to see how many of the bumps are still there. It would be a shame if all the bumps disappear.”

“But also the kerbs define the character, the soul of the track. If you put the same kerbs in every single track then all the tracks feel a little bit the same, just different type of corners. But there’s a lot more than just the layout of the corners it’s also the bumps, the kerbs that get a certain feeling and I think makes it possible for us in the car to really make a difference.”

“If you put the same kerbs then we take a little bit away that element and I think it’s a shame to see that here we lost the typical kerbs for this track. The same has happened to other tracks. Yes, to sum it up I’m not a fan.”

The resurfaced circuit was used earlier this year for European Formula Three and the World Touring Car Championship.