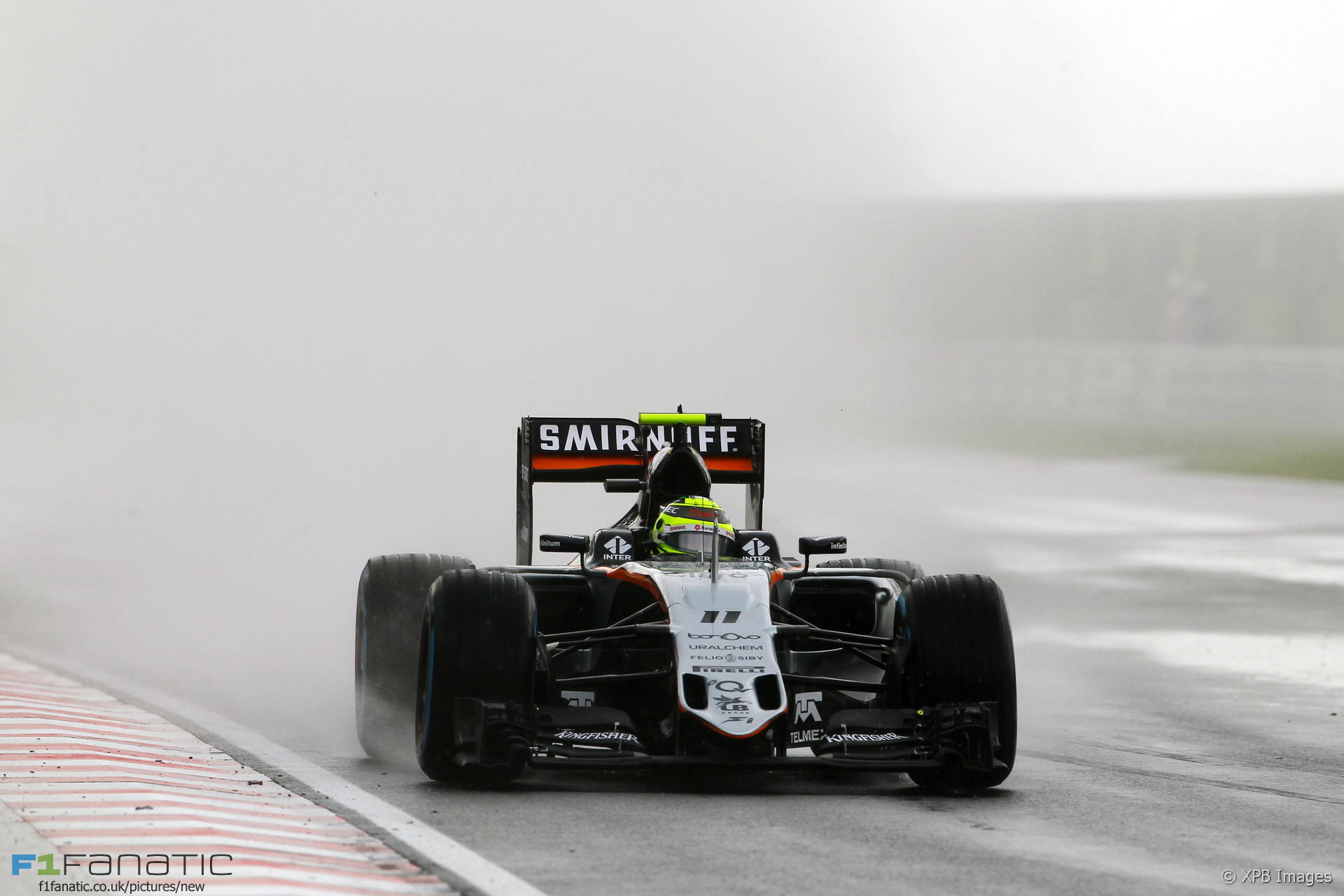 A late stewards investigation into both Red Bulls, both Force Indias and Valtteri Bottas for failing to meet the 107% benchmark in Q1 has resulted in no action being taken.

By rule, all drivers in Q1 must set a time within 107% of the fastest time or risk exclusion from the race. The rule does allow stewards to permit drivers to race even if they fail to meet minimum time, but no provision is given to wet or changing climatic conditions.

Despite Daniel Ricciardo, Max Verstappen, Nico Hulkenberg, Valtteri Bottas and Sergio Perez all making it through to Q2, all failed to set a time within the 107% threshold as a result of the rapidly changing track conditions and late red flag stoppage following Rio Haryanto’s crash.

But following an investigation, the stewards determined that even though the five drivers failed to meet the 107% requirement, due to ‘exceptional circumstances’ the drivers will be permitted to take the grid slots they achieved in the subsequent sessions.

The stewards’ ruling is as follows:

In accordance with Article 35.1 of the FIA Formula One Sporting Regulations, the Stewards grant permission for cars 3, 11, 27, 33 and 77 to start the race, as the drivers have set satisfactory times in practice at this Event.

The Stewards have also decided, due to the exceptional circumstances experienced during qualifying,  Article 35.2 a) iii should take precedence over Article 35.1 of the FIA Formula One Sporting Regulations. Cars 3, 11, 27, 33 and 77 will therefore start the race from the grid position set out in document 24 (the preliminary qualifying classification).