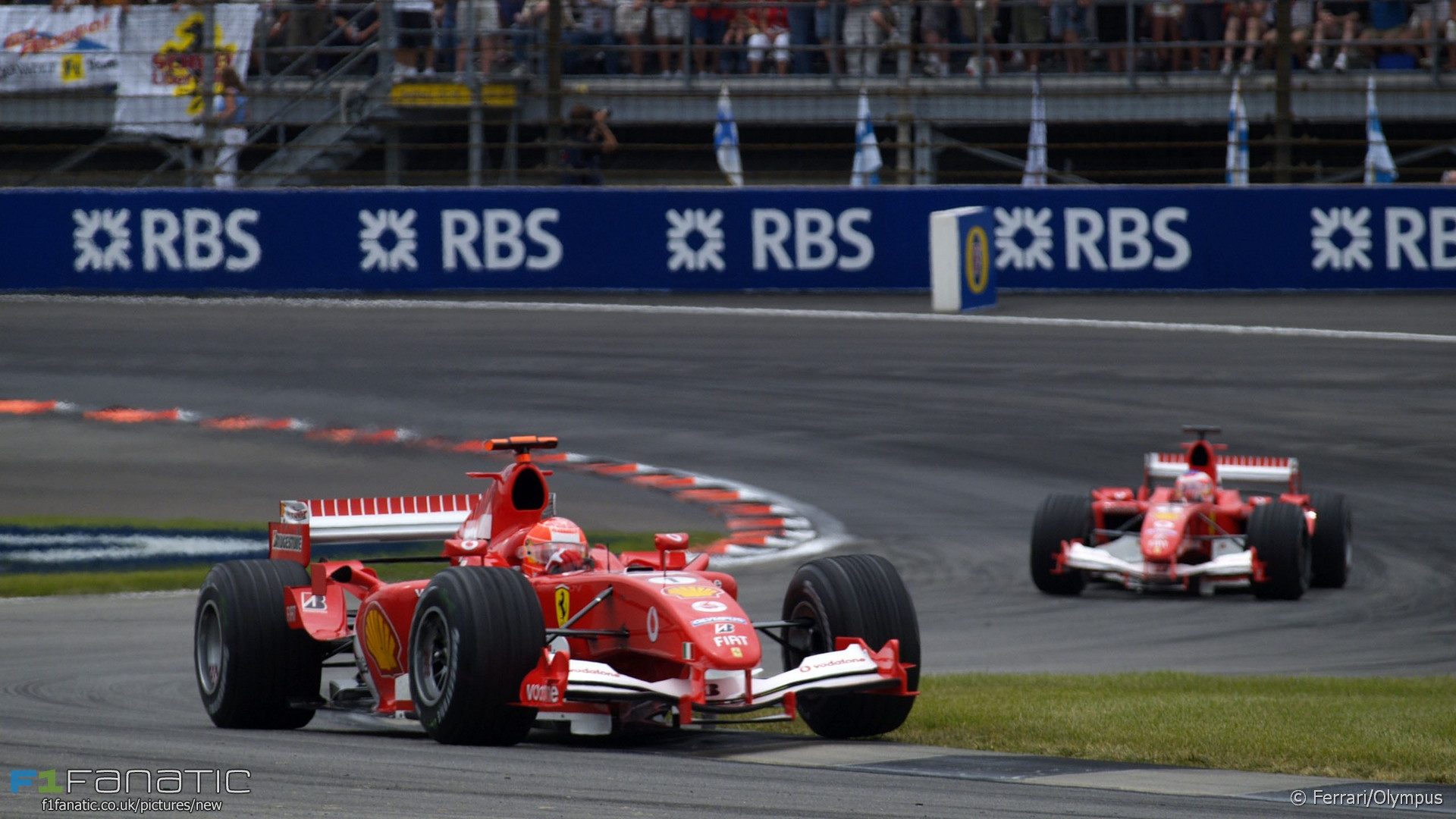 Formula One risks a repeat of the notorious 2005 United States Grand Prix, which was started by just six cars due to tyre safety fears, if it does not change its testing plans for 2017, an engineer has warned.

Teams are locked in disagreement over whether to arrange a pre-season test in Bahrain to allow Pirelli to assess its new wider tyres in hot conditions.

Mercedes executive director Paddy Lowe argued in favour of a hot-weather test. “We have the biggest change in tyre regulations probably for one or two decades,” he said. “Pirelli have asked the FIA if they would support testing in Bahrain, which is outside Europe so by regulation requires a process to get there. As I understand a majority of teams support that request.”

“For me the important point that Pirelli are asking for is hot condition testing of the compounds, particularly. The structure of the tyre is created and tested in a lab. But the compounds they can really only evaluate in circuit conditions.”

“Unfortunately the mule car programme which is running at the moment has delivered three cars which are very helpful to the process but they’re not delivering the level of aerodynamic load that we’ll be seeing next year.”

“So for me it’s a matter of supporting Pirelli’s request to contain the risk of arriving at the fist race, first event with hot conditions… there’s a real risk to the show, we’ve seen what can happen, for instance with Indianapolis 2005, we mustn’t forget that we need to put on a show, we need to run a 300 kilometre race with sensible numbers of tyres. So that is not an inconsiderable risk and should be covered and that’s why we particularly support that.”

However Pat Symonds said Williams is “diametrically opposed” to the plan because of the high costs the test would create.

“The cost of doing a test outside of Europe is vast,” said Symonds. “Depending on exactly how you do it, how much you have to ship back to the UK, how much you can send on to the first race, we’re talking of a minimum of £300,000, a maximum of £500,000 and a likely figure sitting in the middle of that.”

“Now to a team like Mercedes I’m sure they can build contingencies in their budgets to cover things like that. A team like Williams simply can’t. It’s a significant part of our budget, it’s unaccounted for and therefore I think it is the wrong thing to do.”

“Paddy mentioned we need to have safety and the Indianapolis situation. But I think it’s very clear in the requirements that Pirelli has signed up to and indeed that Pirelli asked for that we are not running cars to test the safety of tyres.”