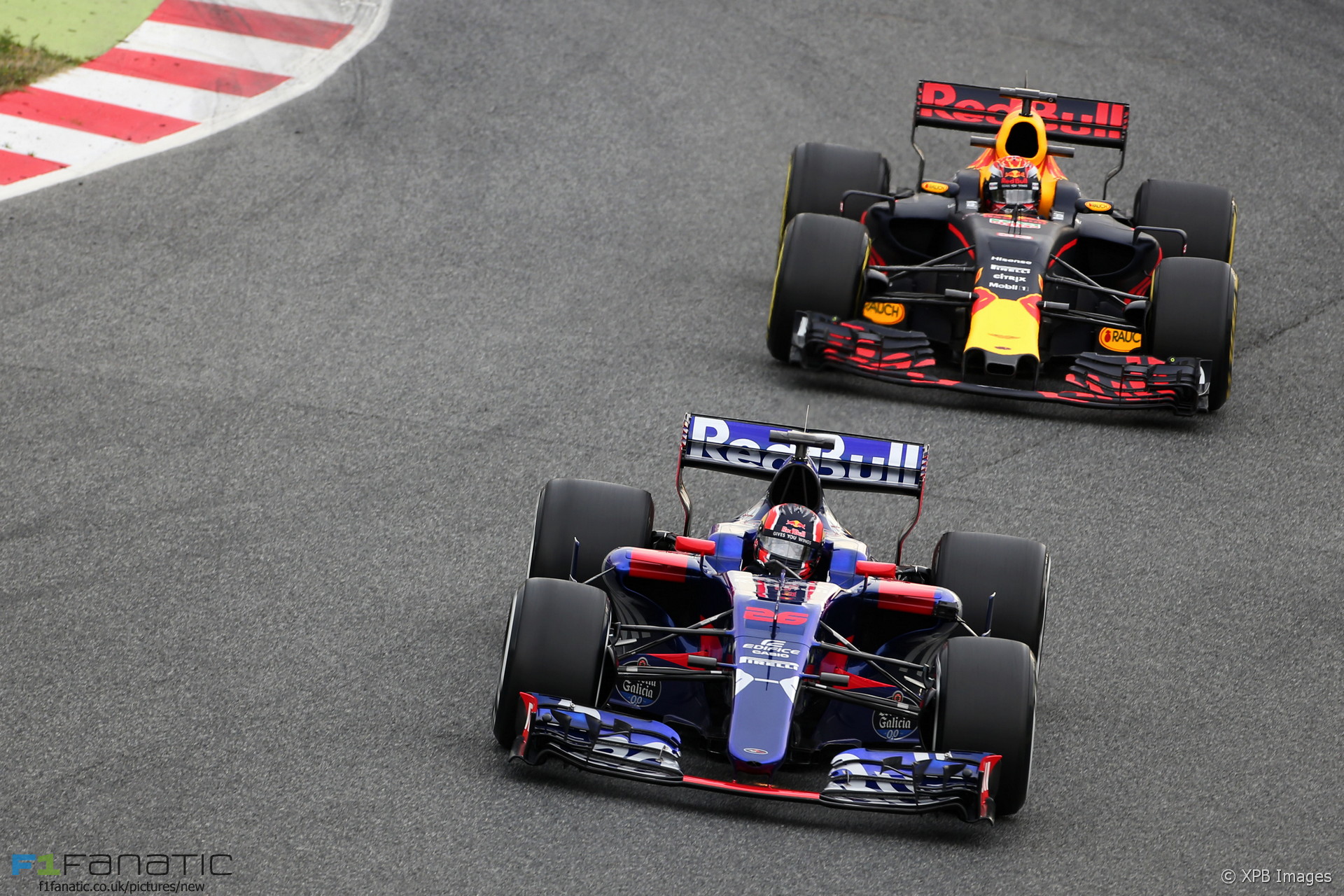 Max Verstappen says he has already tried overtaking on his first day of running in the new Red Bull and isn’t concerned passing will be more difficult this year.

Concerns have been raised by some drivers that passing would become more difficult this year due to the higher amounts of downforce generated by the cars.

But Verstappen told media at the Circuit de Catalunya he’s “been quite close to some cars today” and “it’s alright”.

“I think it’s the same like last year,” he said. “I’ve done some [overtaking] today so it’s OK. It works, you can overtake with the car.”

“Hopefully we don’t need to overtake,” he added.

The Red Bull driver said he is pleased with the changes to this year’s cars. “I think the speed difference between the cars from last year is a good step,” he said. “It’s more enjoyable through the fast corners.”

However he said the team haven’t started chasing performance with their new car yet.

“For us at the moment it’s not about showing how quick you can be,” he said.

“It’s the first test, it’s the second day. It’s much more important to just get the mileage, see that all the parts are OK, and then we’ll see in the next few days how fast we can go.”

The team enjoyed a more productive day after Daniel Ricciardo’s running on Monday was restricted by problems with the car.

“In general the first day those things can always happen because it was basically, for us, a shakedown,” said Verstappen. “We hadn’t run the car before.”

“Today was very positive. We almost did everything we wanted so I think then it’s a good day.”

67 comments on “Overtaking not harder with 2017 cars – Verstappen”