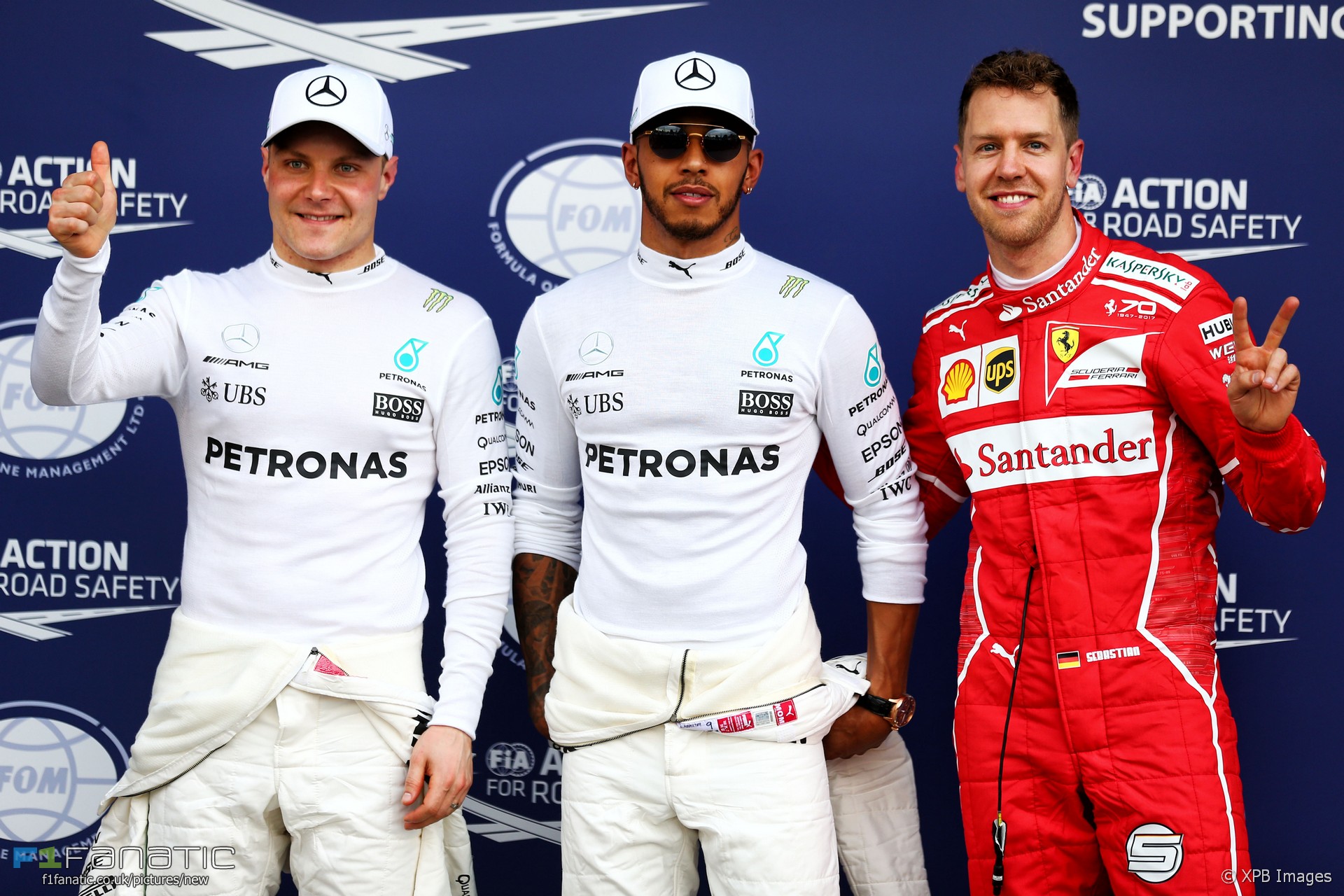 Lewis Hamilton put Mercedes on pole position for the first race of the year but he will share the front row of the grid with Sebastian Vettel’s Ferrari.

Drivers from five different teams fell at the first hurdle during qualifying.

Among them was Lance Stroll, who was fortunate to appear in the session at all following the damage to his car in final practice. He complained of a loss of rear grip on his way to 19th fastest, and will start last after a five-place grid penalty due to a gearbox change.

Stroll’s appearance frustrated Marcus Ericsson who was held up by the Williams on his first lap. His final lap was enough of an improvement for him to reach Q2, though it came at the expense of his team mate.

Antonio Giovinazzi had been on course to reach Q2 on his debut until he locked up at turn 14 on his final run. That was the opportunity Ericsson needed, but the gap between them was just two tenths of a second.

Kevin Magnussen also failed to make the cut in his Haas as did his former team mate Jolyon Palmer. However the latter was over three seconds slower than the other Renault of Nico Hulkenberg, suggesting all was not well with his car.

The Mercedes pair headed the times in the second part of qualifying but Ferrari closed the gap – the top four were covered by less than two-tenths of a second.

There was a slightly larger gap back to the Red Bulls, which were headed by Daniel Ricciardo. Max Verstappen voiced his displeasure at being sent out behind his team mate, and had to do a second run to set a time he was satisfied with.

Romain Grosjean was unhappy with traffic after his first run, but he gave as good as he got when he returned to the track, earning the wrath of Sergio Perez. The Force India driver missed out on the top ten while the Haas progressed.

Nor did Fernando Alonso, who said there wasn’t a better lap time in his McLaren than the one which left him 13th. He had complained of a loss of power on his first run.

The mistakes began to creep in as the drivers pushed their cars to the limit in the pole position shoot-out. A slight error by Bottas on his first run was enough for Vettel to capitalise, beating the Mercedes by two-thousandths of a second over their first runs. But Hamilton had them both covered, beating Vettel by three-tenths.

An error by Raikkonen left him almost a second behind them. But Ricciardo slipped up in more spectacular fashion at turn 14, snapping sideways into the barrier and bringing out the red flags. He was unhurt, but will start tenth at best.

When the session resumed Romain Grosjean took advantage of Ricciardo’s trouble to put his Haas on the third row of the grid. “Woohoo” he exclaimed on the radio after his lap.

Bottas dug deeper and found enough to take provisional pole position with his final run. But Vettel was on his case again, and once more knocked the Mercedes back a place.

Vettel couldn’t stop Hamilton, however. The Mercedes driver, revelling in the substantially quicker 2017 cars, hammered through turn five without a hint of a lift. At turn 12 he was hard on the throttle after the merest of lifts, and at the finishing line he was 1.6 seconds faster than he had been when he took pole position last year.

Vettel wasn’t entirely happy with his final run, but by splitting the Mercedes drivers he’s poised to take the fight to Hamilton in the first race of the year tomorrow.

103 comments on “Hamilton holds off Vettel attack for pole”