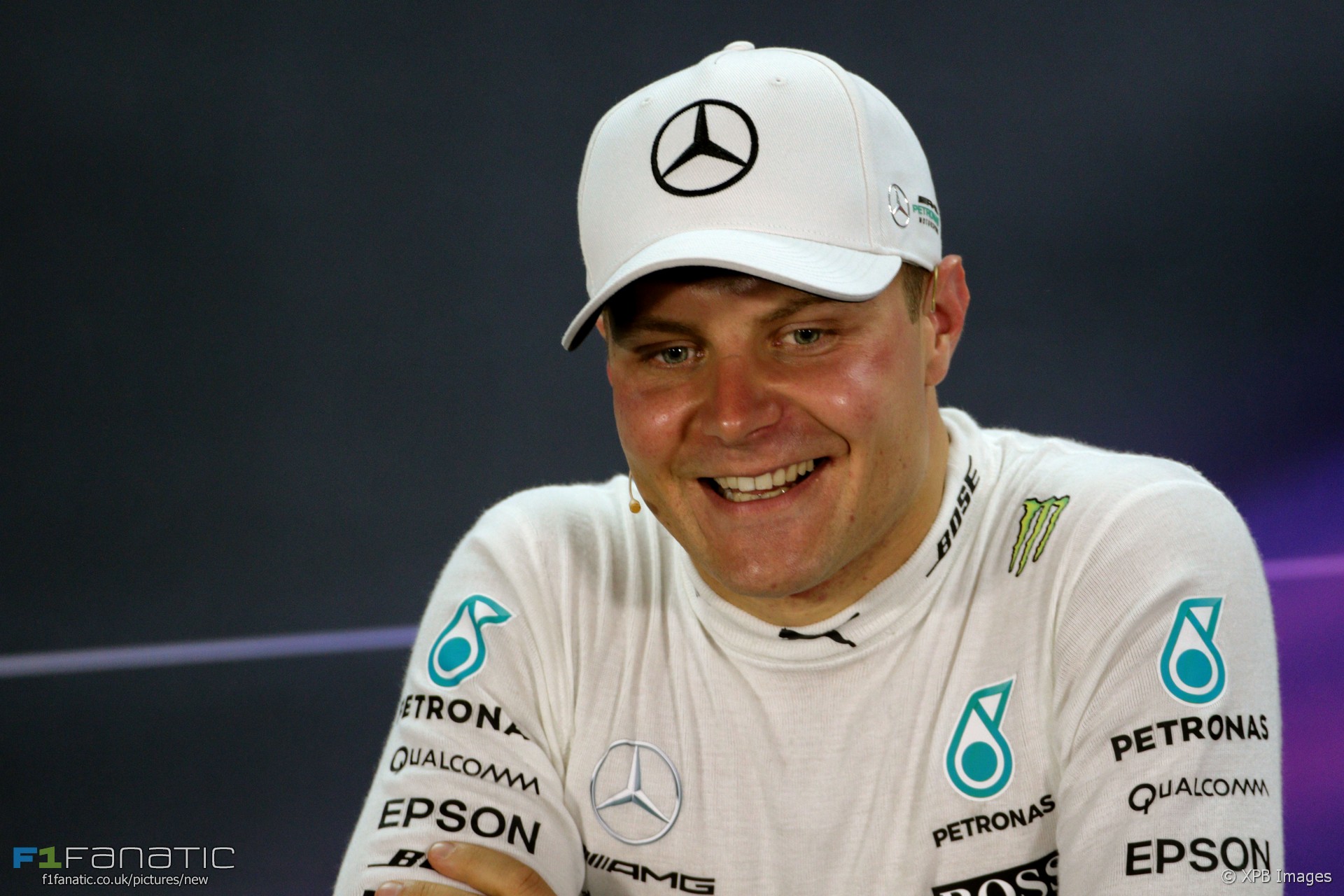 Valtteri Bottas took the first pole position of his career and led Mercedes’ first front row lock-out of 2017 in qualifying for the Bahrain Grand Prix.

There was almost nothing to choose between the two Mercedes drivers throughout qualifying as they kept Sebastian Vettel off the front row of the grid for the first time this year.

Following his crash in final practice, Romain Grosjean’s frustrations continued in the opening minutes of Q1. The Haas driver outbraked himself at the first corner, spoiling his first run.

After his setback in China two weeks ago the team were wary of being caught out by a late yellow flag and decided to send him out with enough fuel for two final runs. It proved a smart move. He secured a place in Q2 with his first run before Carlos Sainz Jnr stopped and brought out the yellow flags, spoiling several drivers’ laps.

First among those was Sainz himself, who had set the fastest time of all in the first sector before his Toro Rosso came to a stop. Behind him Kevin Magnussen and Sergio Perez also had to scrap runs which could have got them into Q2.

Perez had already aggravated Kimi Raikkonen who ran wide while passing the Force India on his second run. Team mate Sebastian Vettel, plus the Mercedes and Red Bull pair, did not need to do another run.

It was close at the top between the front runners in the second part of qualifying. Hamilton, Bottas and Vettel all lapped the circuit in 1’29.5, the trio covered by by 61 thousandths of a second. Bottas, for his part, said he’d lost some time with a mistake.

Fernando Alonso was unable to run in the second session as McLaren suffered its latest power unit-related failure. That left 14 drivers vying for places in the final ten.

Williams briefly looked set to get both cars in the final ten as Lance Stroll took tenth with his final run. But he was bumped out by improvements from Jolyon Palmer and Grosjean, the latter sounding happy with his car for the first time all weekend.

Palmer’s improvement was enough to get him into Q3 but Nico Hulkenberg produced a significantly quicker lap than his team mate, ending the session in fifth place.

With their first runs in Q3, Mercedes drew clear of the Ferraris. Vettel scraped within half a second of the W08s, while Raikkonen lagged almost nine-tenths behind, complaining of understeer. It was close between the two silver cars, however, Hamilton leading his team mate by just five hundredths of a second.

It was nip-and-tuck on their final runs. Hamilton found some of his missing time in the first sector but lost it in the middle of the lap. He and Hamilton produced laps of 1’28.7, but Bottas nabbed his first pole position by just 23 thousnadths.

Behind the all-Mercedes front row Red Bull prevented Ferrari from sweeping the second row. Ricciardo snuck ahead of Raikkonen by 22 thousandths. Verstappen had to settle for sixth after behind held up by Massa.

Hulkenberg put him Renault in seventh, lapping well over a second faster than team mate Palmer. The pair were separated by Massa and Grosjean.