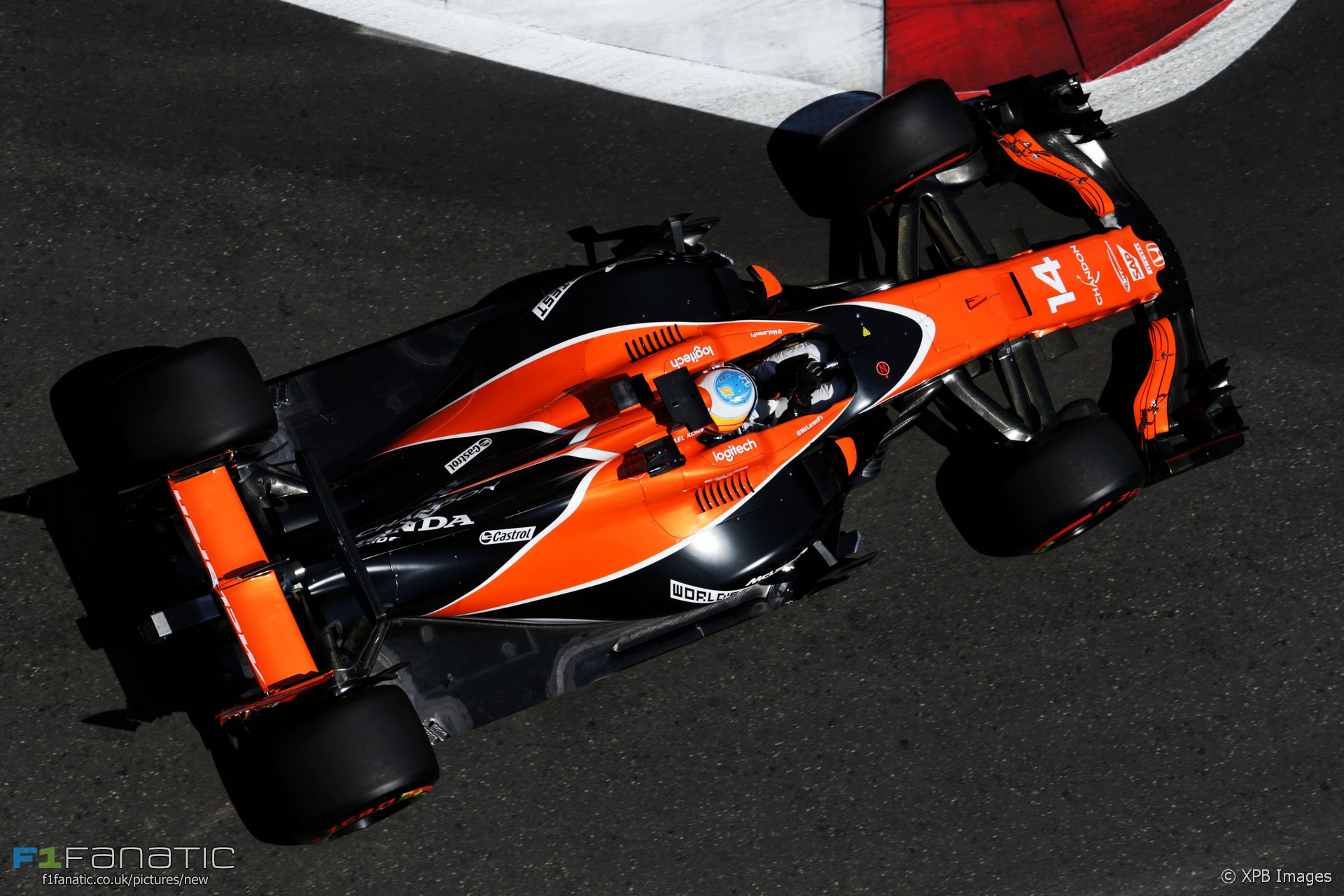 Each driver already had a 15-place penalty each for using their sixth power unit parts yesterday. Stoffel Vandoorne now has a second 15-place grid penalty for using a seventh turbo and MGU-H.

Fernando Alonso has received a 25-place grid penalty for using his seventh turbo and MGU-H plus his fifth engine and MGU-K.

Update: Vandoorne has received a further five-place grid penalty for a gearbox change.