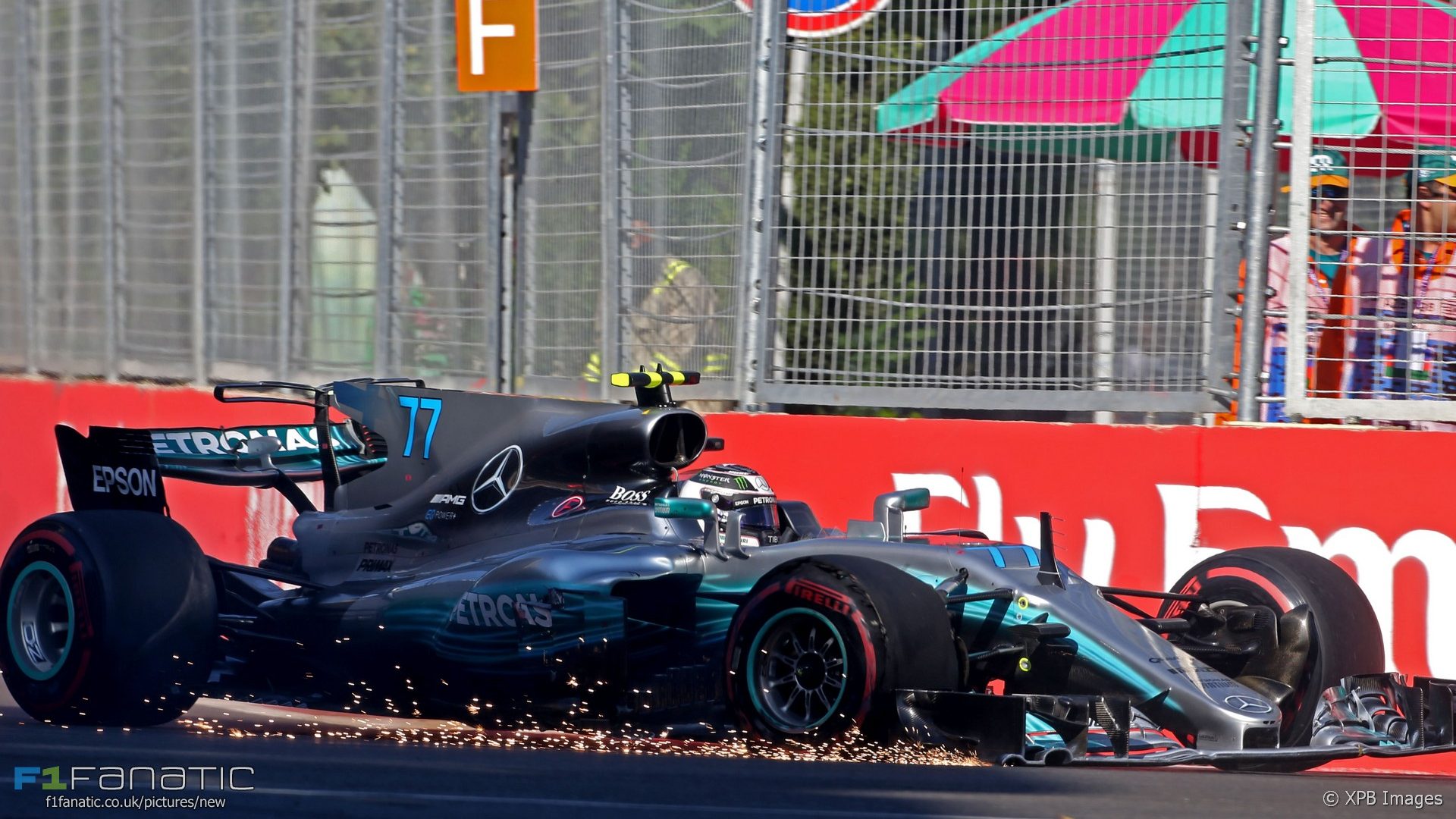 Kimi Raikkonen blamed Valtteri Bottas for the first-lap collision between the pair in Azerbaijan but the stewards took no action over the incident.

The Ferrari driver suggested his rival caused the accident by releasing his brakes as they went side-by-side into turn two.

“Today many things happened that were out of our hands and unfortunately we paid a big price,” said Raikkonen.

“After the start, at the second corner, I got hit by Bottas. I don’t know what he was doing, he braked very early but probably he noticed that and let the brakes off, went too fast and hit me. Because of that the rear end of my car hit the wall and I had a massive damage.”

However the stewards ruled Raikkonen’s passing attempt was “speculative” and did not blame either driver for the collision.

“The stewards examined video evidence and considered that car seven [Raikkonen] was making a speculative pass on the outside of car 77 [Bottas] in turn two and that car 77 hit the kerb and was pushed wide into car seven,” they noted. “The stewards determined that no driver was wholly or predominately to blame for the collision.”

The Finnish pair have had several run-ins over the past few seasons. They tangled at Sochi in 2015, which cost Bottas a podium finish, and again in Mexico the same year.

Bottas was also involved in a collision which ended Raikkonen’s race in Spain this year. On that occasion Bottas admitted he had braked “too early”.