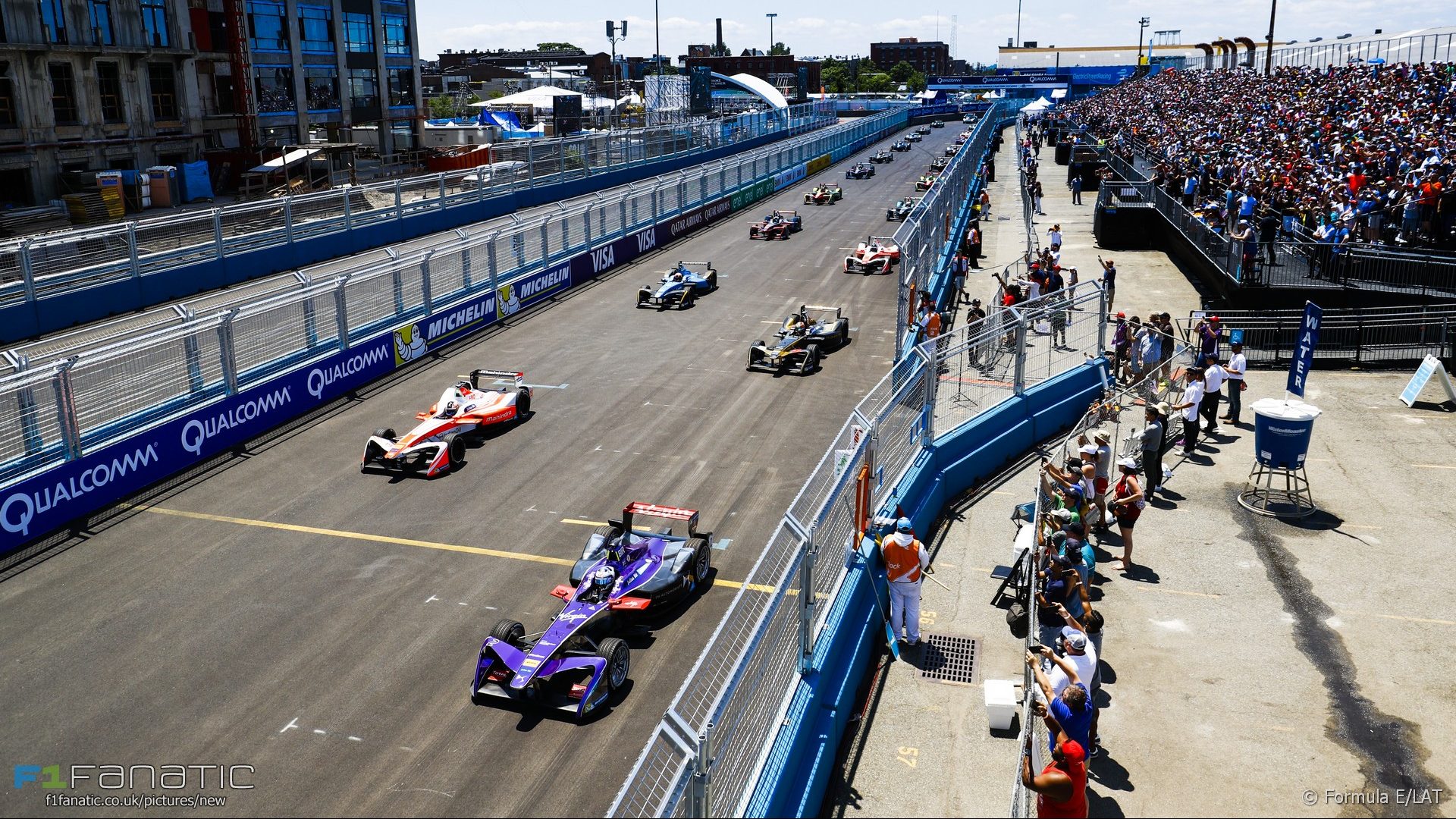 In the round-up: Formula One CEO Chase Carey says he isn’t concerned about the rising popularity of Formula E with car manufacturers.

"I think Formula E at this point is in many ways a combination of a street party for fans and sponsors and auto companies."

"There's not anything illegal in what he does, it's only a bit disrespectful."

"If I was a reader, and every week I'd read Alonso will wait until September to decide his future, I'd think that was too much,

"Today it certainly behaved more like a B(-spec). Obviously, this morning looked strong out of the box."

"There is no other team, apart from Ferrari, that would be interesting but right now, I love being here and the people I work for and work with."

"I had a small amount of damage so we had to go back to the old floor – but that was fine. We saw several cars going off the track – the exits of turns four and 11 especially are a bit harsh and I went a bit wide and aggressive in the morning."

David Coulthard's Inside Track: Lewis Hamilton has competed with team mates for his pole tally (The Telegraph)

"The halo is a solution which is the lesser of all evils."

In other ch-ch-changes news, the 'Bernie Avenue' street sign at the Hungaroring entrance is no more. Carey Close from now on?

Porsche designed a beast. The 919. What a team, what a weapon.
And she never apologised for winning so much.
😉✍🏻✅🏆. pic.twitter.com/ke0TBdWO6u

No record seventh #F2 pole in a row for Charles Leclerc after all. A non-standard part was found on his car: https://t.co/WmQthivfwi

Ten drivers are now one change away from their first power unit penalties – none of them Mercedes users… #F1 #HungarianGP pic.twitter.com/bMEtozuF89

A theory on Sauber’s decision to switch back to Ferrari for 2018:

I wonder if the discussions on potential new engine regulations may have given Sauber some extra bargaining or leverage to get a better deal out of Ferrari.

38 comments on “Carey not worried about “street party” Formula E”