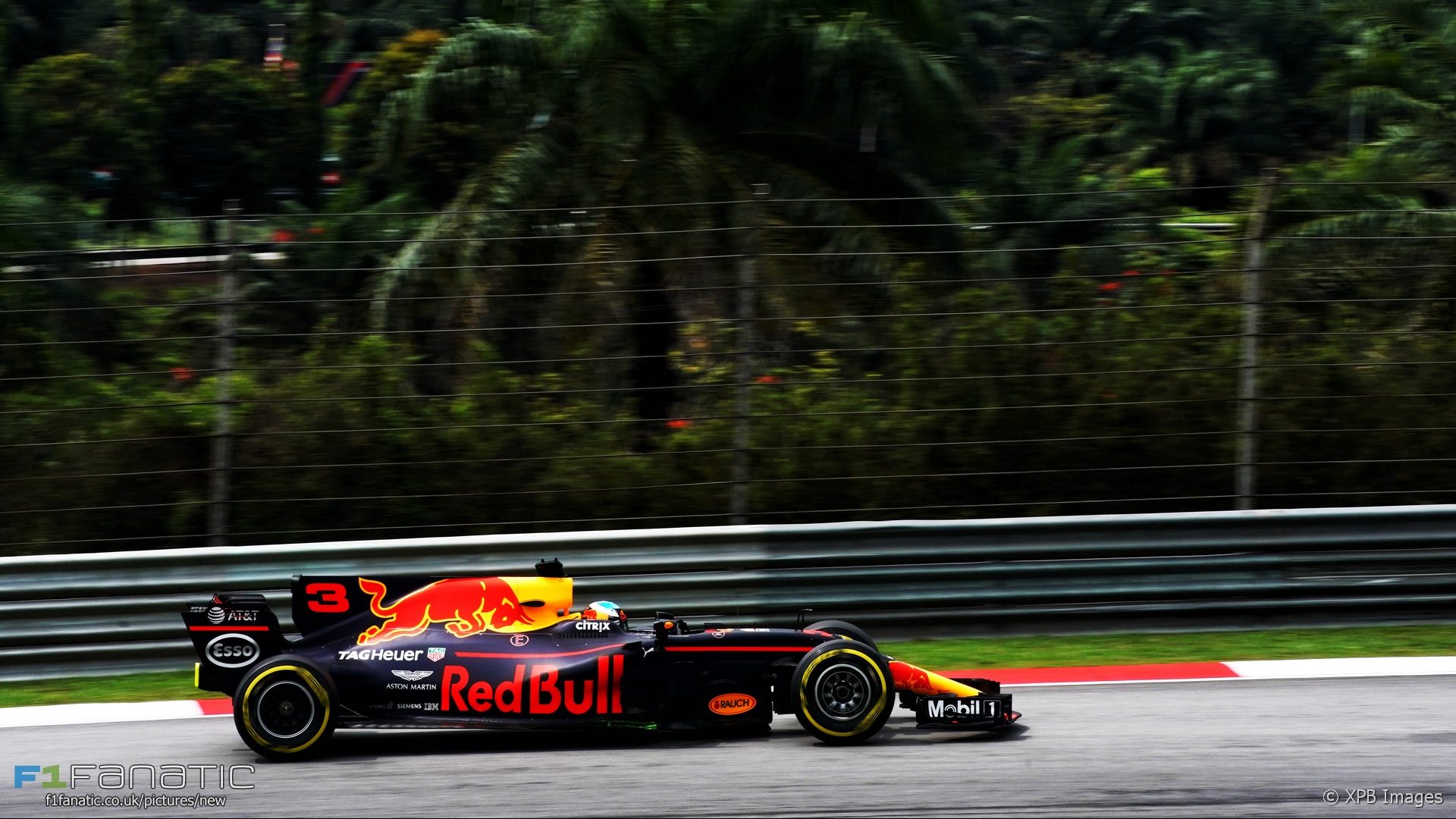 Practice began half an hour later due to rain and ended 20 minutes early due to a broken drain on Friday.

Here’s what the drivers had to say during the restricted running.

After a few tentative installation laps on wet weather tyres, the drivers did limited running on the wet track using intermediates.

To Verstappen: “Tyres are a little bit cold, Max. Suggest staying out and trying to build some temperature in them, especially rears.”

“Rear tyre temperatures are low, you’re going to have some grip problems at the rear.”
Sirotkin: “OK.”

To Ricciardo: “Tyre temperatures are quite stable at the moment. I don’t expect them to change too much.”

To Raikkonen: “OK understood, how are the tyres? Just be cautious for damaging this set.”

Wehrlein: “I locked the fronts.”

“Three percent shallow.”
Hamilton: “Was intentional.”
“What’s the condition of the tyres, Max? We could need them in P2 for a bit of a run out.”
Verstappen: “It’s OK.”

“If you think you’re learning, one more lap is fine.”
Verstappen: “I want another lap.”
“Copy.”

“This lap is four-tenths down, want to box?”
Verstappen: “No it’s not.”
“Ignore your dash.”

The second practice sessions was more straightforward – until Romain Grosjean hit a loose drain cover which had been raised by another car, and crashed heavily.

Stroll: “I have a problem with the brake. I flat-spotted the tyre.”
“OK understood we’re just looking at that.”
Stroll: “And I hit the bollard by accident.”

Magnussen: “The understeer on this is crazy.”
“Yeah we had the same comment from Romain.”

To Hulkenberg: “Left-hand front and left-hand rear tyres getting hot.”

To Raikkonen: “Sorry Kimi about that. We knew we picked up the tape as we went out of the garage, we thought it was just on the tyre so we thought it would just come off as you ran. At the last minute we spotted it on the suspension as well. Sorry for the late call.”

Wehrlein: “Have you check the tyre pressure on the left-rear? I think I hit something.”
“Copy Pascal we’re checking. Pressures looking fine so far, pressures looking OK.”

Sainz: “I have no power on the straight.”