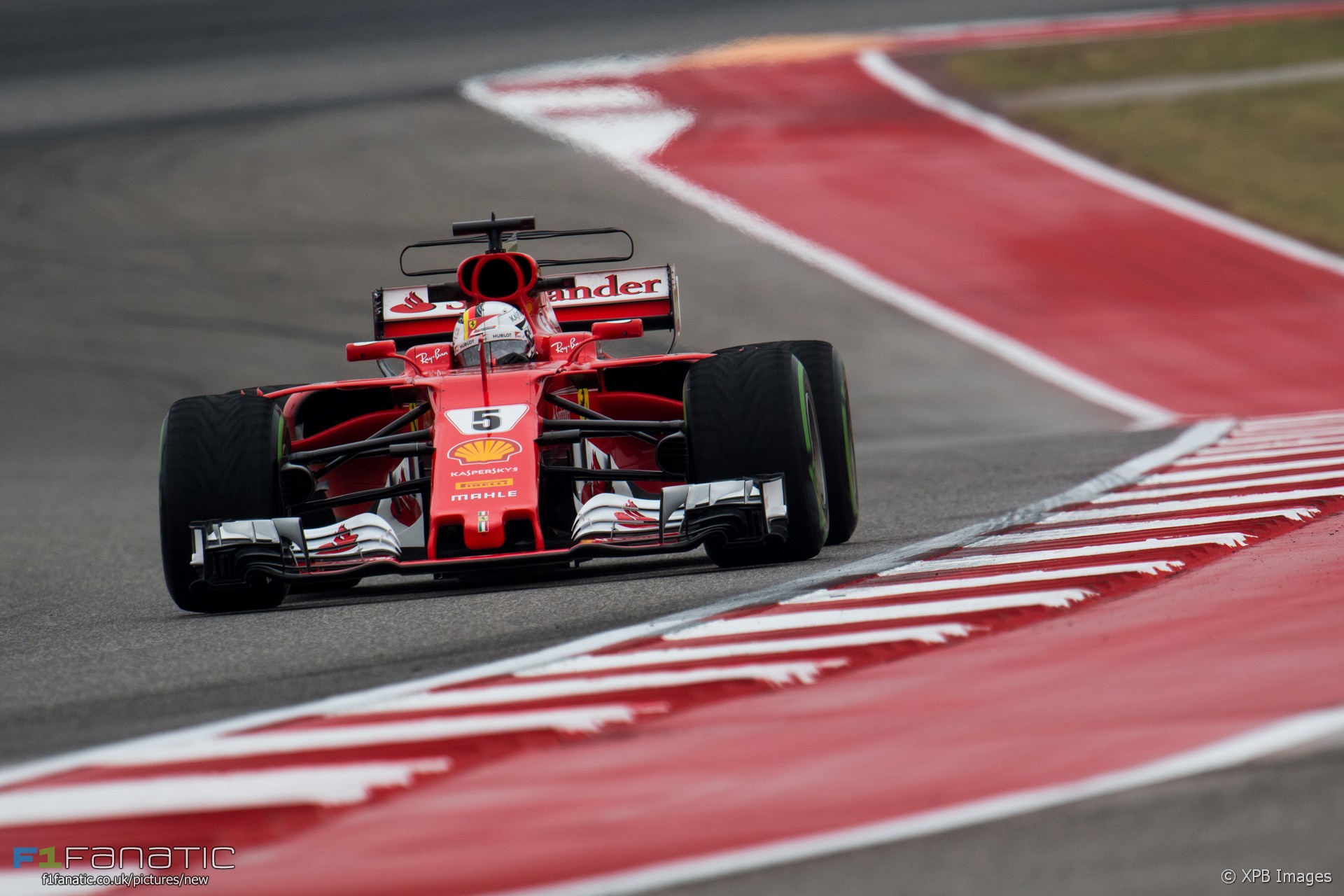 Ferrari will change Sebastian Vettel’s chassis overnight following the problems he reported at the end of second practice.

The United States Grand Prix stewards confirmed they had “received a request from Scuderia Ferrari to re-scrutineer car five which has had a change of the survival cell.”

“In accordance with article 25.5 of the FIA Formula One sporting regulations, the stewards agreed that this can take place on October 21st before practice three,” they added. As Vettel’s chassis is being changed before the pre-race parc ferme period, which begins at the start of qualifying, the change will not incur a penalty.

Vettel reported a strange feeling in his car towards the end of the session. However despite the setback he said afterwards he believes the car has the potential to be competitive.

“It was a complicated afternoon and not an easy session,” said Vettel before the change of chassis was confirmed. “But the car is quick so we don’t need to worry too much about it.”

“The only lap I had was the one with the ultra-softs. Before that, I made a mistake taking too much risk and pushing too early. The track was quite slippery and I lost the rear under braking.”

“So, we lost a set of tyres, and then again, towards the end of the session, I felt that something was not right with the car. So, we checked a couple of times and now we are looking at the car to see if we can find something. I need to find the rhythm tomorrow and make sure everything’s in order.”

57 comments on “New chassis for Vettel after practice problems”