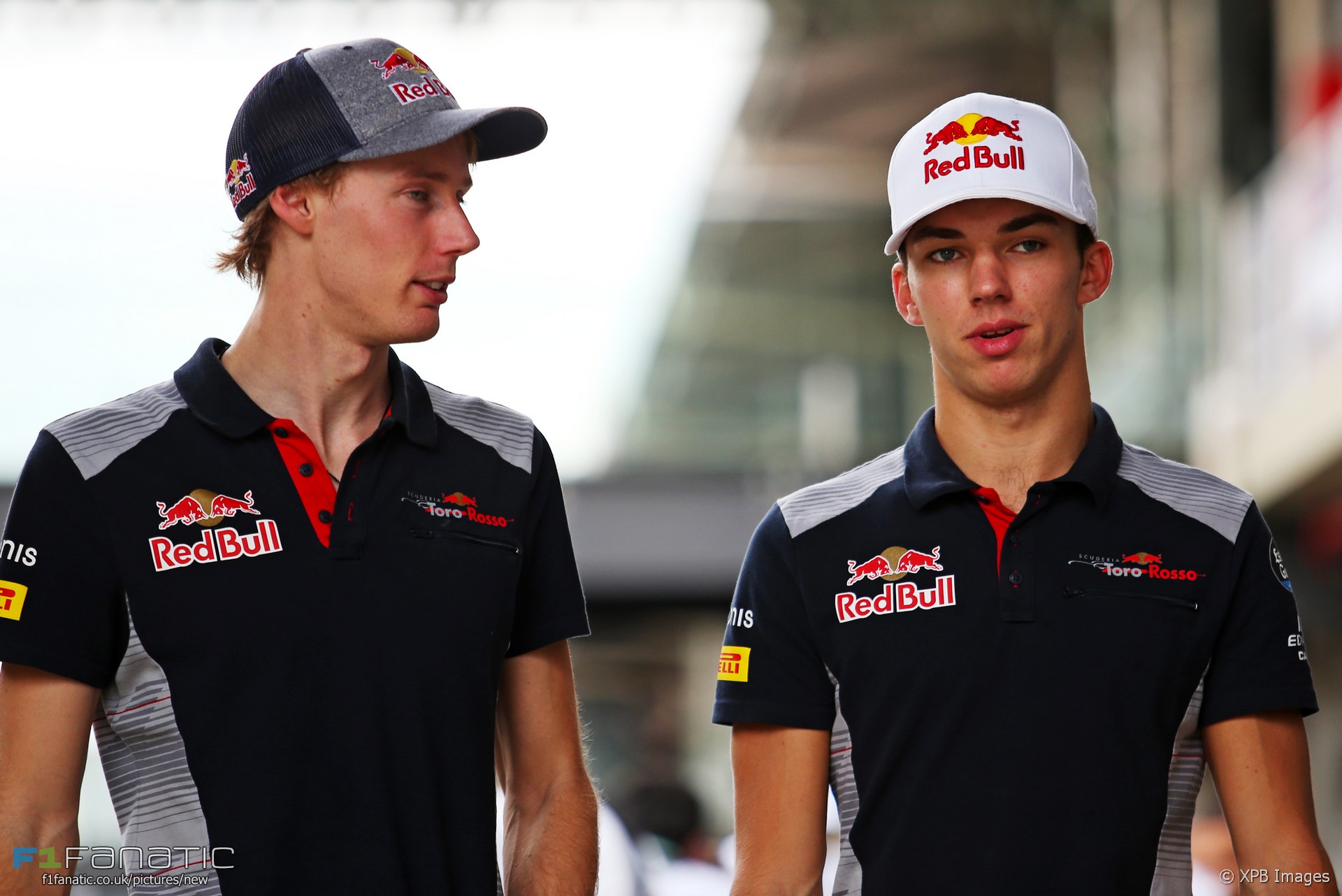 Brendon Hartley and Pierre Gasly will continue to drive for the team in 2018, they have confirmed.

Team principal Franz Tost said Toro Rosso are “really happy to have Pierre and Brendon confirmed so early by Red Bull as our drivers for 2018.”

“During this last part of the year they’ve shown that they’re ready for Formula One, getting to grips with the car quickly, showing good performances and always demonstrating to be prepared for the challenge. We have been truly impressed by their steep learning curves.”

Toro Rosso began the season with Carlos Sainz Jnr and Daniil Kvyat in its cars. Since then Sainz has been loaned to Renault and Kvyat was dropped by the team.

Gasly made his debut with Toro Rosso five races ago in Malaysia and Hartley arrived two races later at the USA round. Hartley had been a Red Bull Junior Team member earlier in his career but was dropped from the programme in 2010.

Hartley said it was “really amazing to be confirmed as a Formula One driver for next year with Toro Rosso.”

“It’s very satisfying to have converted an opportunity that came as a surprise into a 2018 F1 drive, I couldn’t be happier.”

Since arriving at the team Gasly has finished all four of his races while Hartley was sidelined by power unit problems in two of his three starts.

Toro Rosso will switch from Renault to Honda power in 2018.

56 comments on “Toro Ross confirm Hartley and Gasly for 2018”