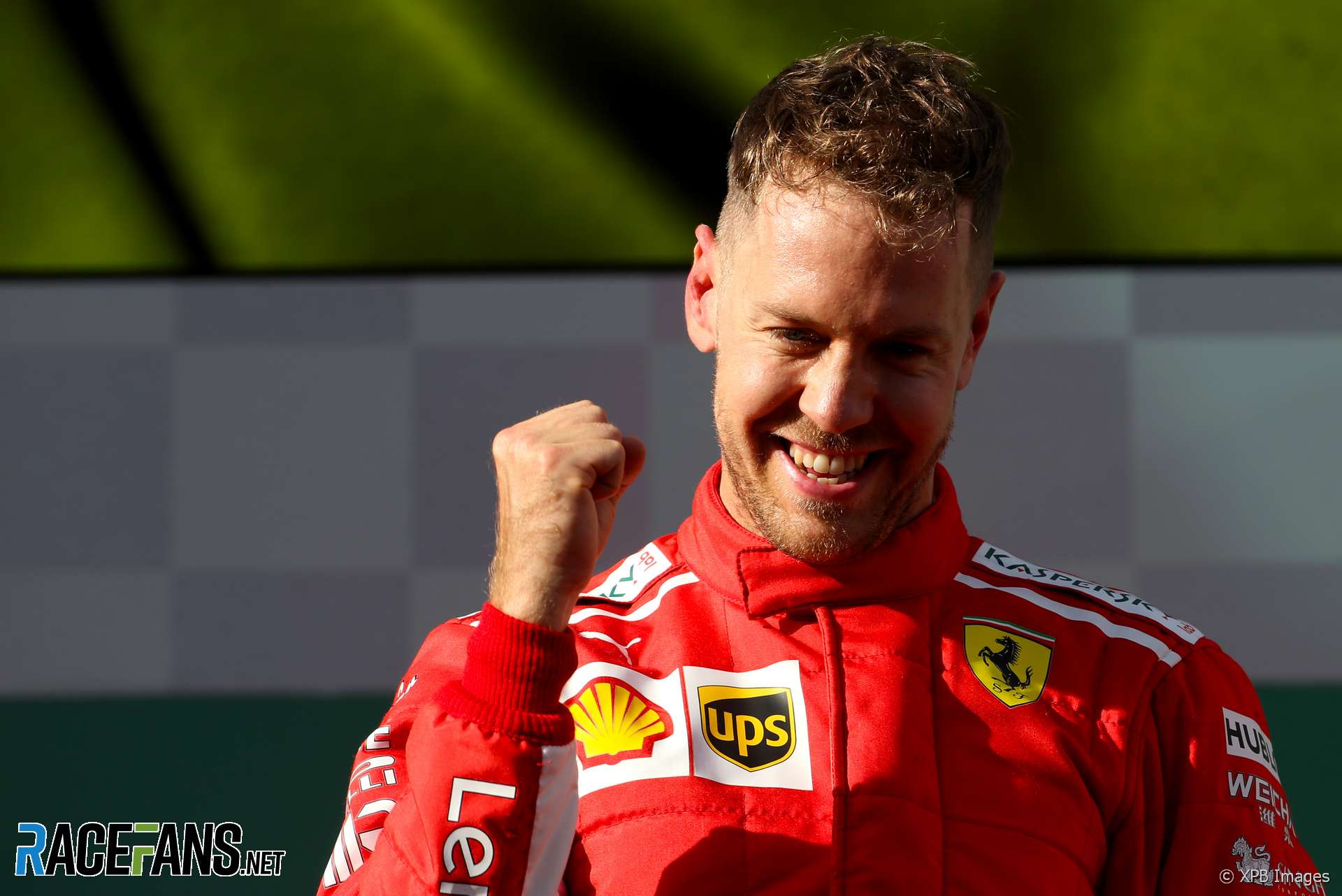 Sebastian Vettel beat Lewis Hamilton to victory in the Australian Grand Prix in a race which swung on a mid-race Virtual Safety Car period.

Vettel took the lead when Hamilton and Kimi Raikkonen pitted early on. However the VSC was deployed after Romain Grosjean’s Haas stopped on-track, which allowed Vettel to make his pit stop and come out still ahead of Hamilton.

The reigning world champion, who told Vettel 24 hours earlier he wanted to “wipe the smile off your face” after beating him to pole position, made repeated efforts to get close enough to pass. But a mistake at turn nine gave Vettel some breathing space.

Raikkonen held off Daniel Ricciardo in the first of the Red Bulls for the final place on the podium. Ricciardo moved ahead of Max Verstappen when his team mate spun at turn one while trying to pass Kevin Magnussen.

Like Grosjean, Magnussen was doomed not to finish. Both drivers stopped within minutes of each other after apparently being sent out of the pits with loose wheels. The team is under investigation for unsafe releases.

Fernando Alonso took advantage of their misfortune to finish fifth for McLaren in their first race with Renault power, holding off Verstappen to the flag. Nico Hulkenberg was the first of the works Renault drivers in seventh.

Having started 15th due to his crash and gearbox change, Bottas recovered to take the chequered flag in eighth place. He passed Stoffel Vandoorne, who finished ninth in the other McLaren, and Carlos Sainz Jnr, who reported on the radio he was struggling with nausea.

The two Force India drivers finished outside the points followed by Charles Leclerc, who was 13th on his debut. Lance Stroll and Brendon Hartley were the only other finishers.