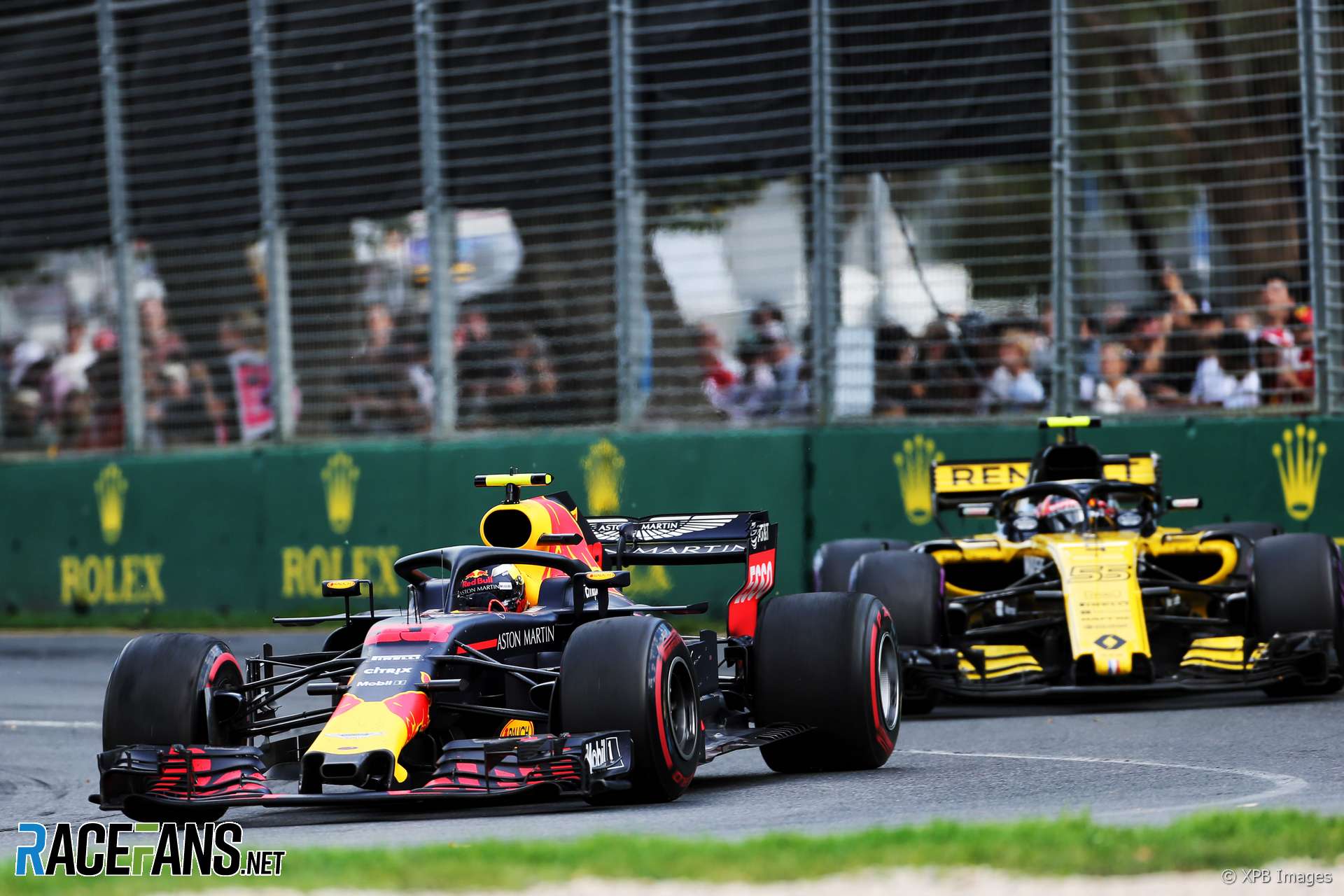 Red Bull is pushing Renault to develop the same kind of high-performance qualifying engine mode which rivals Mercedes and Ferrari have access to, according to team principal Christian Horner.

Renault have “bits in the pipeline” for its engine according to Horner but Red Bull isn’t aware of exactly what they’re working on “because obviously they’re not divulging everything that they’re up to.”

But a qualifying engine mode is “certainly something that we’re pushing for”, he added.

How significant a role Mercedes’ qualifying mode was in Lewis Hamilton’s six-tenths of a second margin over the field in qualifying on Saturday was a major talking point.

Mercedes motorsport boss Toto Wolff said Hamilton used its ‘party mode’ during both his runs in Q3, indicating it did not account for his improvement between his two runs. However Horner remains convinced Mercedes’ engine mode accounts for most of their qualifying advantage.

“Lewis’s time came predominantly, as he did last year, between Q2 and Q3,” he said. “They have a quali mode that they don’t need to use in the earlier part of qualifying because why stress the engine that needs to do [seven] races.

“I think his first lap in Q3 was conservative because there was a bit of hydraulic fluid from his team mate at turn one. I think Q2 he was on the back foot, had to go for it, that was everything they have, which was mighty impressive.”

But Ferrari’s Sebastian Vettel believes Mercedes’ qualifying mode doesn’t give them as great and advantage as it did last year.

“We do get a bit of data, GPS data and stuff like that. I think they did turn it up for Q3 but not by seven-tenths.

“I think probably if you look at qualifying carefully, I try to do so last night, it’s fair to say they were quick in Q1, quicker than us, Lewis was quick in Q2 and then his second run, I don’t know, something happened. So, his last run in Q3 was the only proper run at the end and he had a clean run and I don’t think the gain that he had in time was down to engine. Probably a tenth, a little bit more, but not seven tenths.”

Horner also suggested the FIA could step in to prevent teams switching engine modes between qualifying and the race.

“One could say perhaps you should have the same engine mode,” he said. “Like you have to have parc ferme, when the cars leave for qualifying, maybe the engine mode should be the same from the moment you leave the garage to the end of the grand prix.”

FIA race director Charlie Whiting said they have “not come under any pressure” to look into introducing such a rule “and until such time as that happens then we won’t.”

“There’s all sorts of modes in these engines,” he added. “We know full well that they change at various times during the race.”