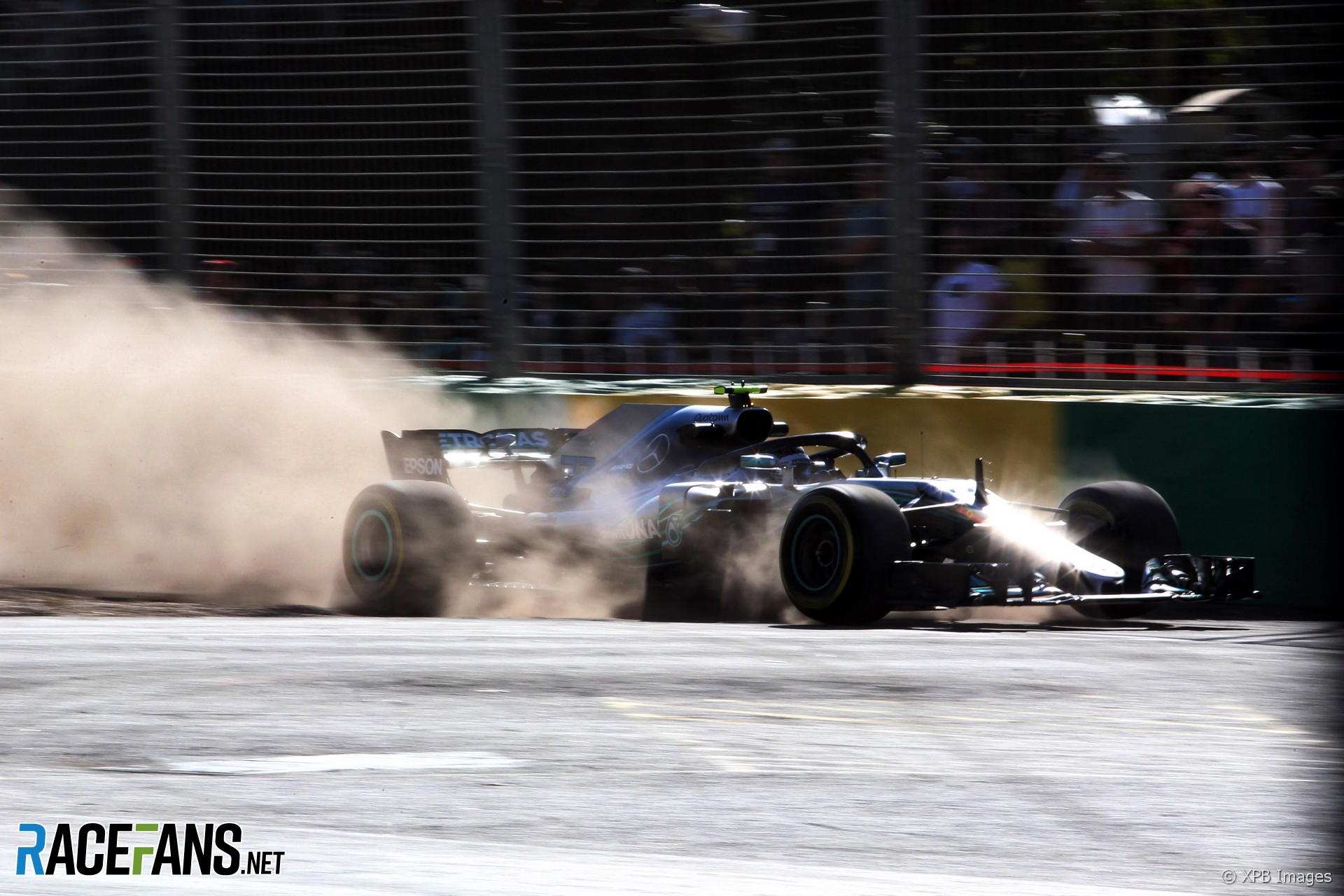 Lewis Hamilton says the stronger showing from Red Bull and Kimi Raikkonen in Australia means it is more important than ever for Mercedes to have both cars competing at the front.

Mercedes were unable to cover off a twin-pronged attack from Ferrari on Hamilton during the race while Valtteri Bottas, who crashed during qualifying, made his way up from the rear of the field.

“It was one against two,” said Hamilton. “And it’s not easy to fight against a team that has two cars in the mix as one team with one.”

“We’ll work together, Valtteri will be working very hard to make sure he’s up there in the mix and fight with us as well. He’s going to be fighting for wins, for sure, it won’t always be as it is today.

“But last year it was important to have both cars up there, maybe now it’s even more important than ever before. Especially with Red Bull being there and both Ferraris now Kimi [Raikkonen] is all of a sudden driving really well, which is great to see.”

Bottas admitted his Q3 crash “ruined the weekend” but said he was trying not to be as hard on himself as he was last year.

“I think something I learned last year [is] you need to learn from every mistake but there’s a limit [to] how much you need to beat yourself up,” he added, “because there’s a race always in one or two weeks again and you need to be at your best mental and physical shape.”

“I tried to maximise [the race], this was the result but I’m not panicking about it,” he added. “It’s just one race out of 21, long year ahead.”