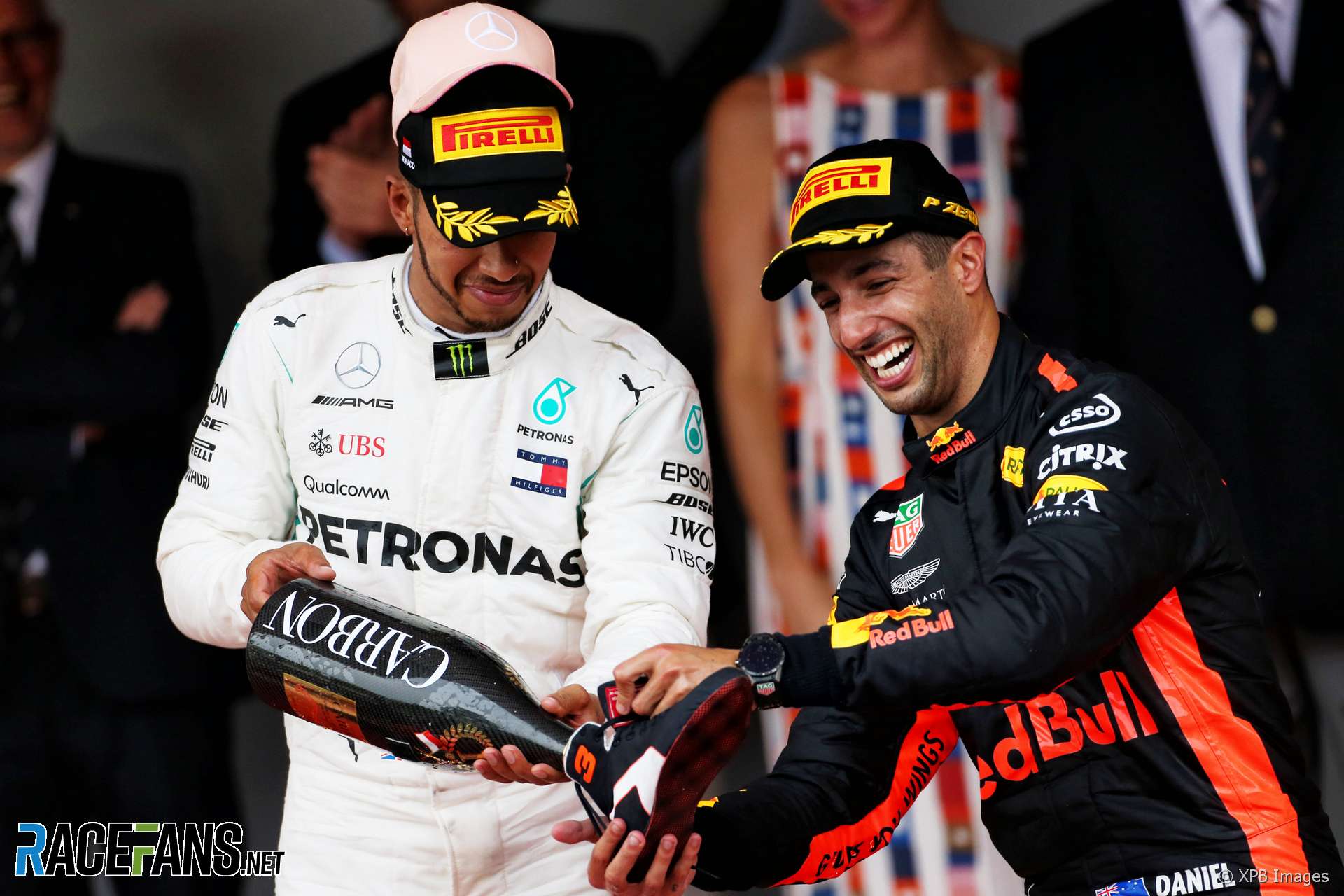 Lewis Hamilton doubts Daniel Ricciardo is in the frame for a drive at Mercedes despite his strong start to the championship.

The Monaco Grand Prix winner does not have a contract for the 2019 F1 season and Mercedes are yet to re-sign either Hamilton or Valtteri Bottas for next year.

After taking his second win Monaco yesterday Ricciardo is now third in the championship, 38 points behind Hamilton. Hamilton said Ricciardo is “doing a solid, solid job” so far this season and believes his rival is looking for a more lucrative contract at Red Bull compared to team mate Max Verstappen.

“[Ricciardo’s] got a team mate that is, from what I hear, making a lot more money than him,” said Hamilton. “Yet he’s more consistent, keeping the car together a lot more and more often than not pulling through.

“It’s important in the team to always feel your value, your worth, your contribution to it. I would imagine his future is there, but he’s one of the top drivers so I’m sure there’ll be options for him.”

Red Bull brought Ricciardo into F1 via their junior team. He is believed to be earning considerably less money than other front-running drivers, including Verstappen, who Red Bull moved quickly to sign amid interest from rival teams in 2014.

However despite Ricciardo’s form Hamilton suspects he may not get the chance to join either of Red Bull’s two main rivals.

“There’s obviously, in the top areas, only Ferrari and Mercedes that he could ever consider. But currently here that’s unlikely. I don’t think that’s going to happen.

“And then if you look at Ferrari I image Kimi [Raikkonen’s] going to want to continue. I mean why not, he’s driving really well this year, he doesn’t seem to be ageing, so I’m sure he will go a little bit longer.”

“At the moment he is pretty much the lead driver in that team so it’s not a bad place to be.

“At some stage if Red Bull get an engine they’re going to be even closer in the mix with us. And there’s still a long way to go, they could win many more races. I think he’s just got to keep his head down, keep doing what he’s doing.

“But he should definitely have a contract on the table and have his options ready.”