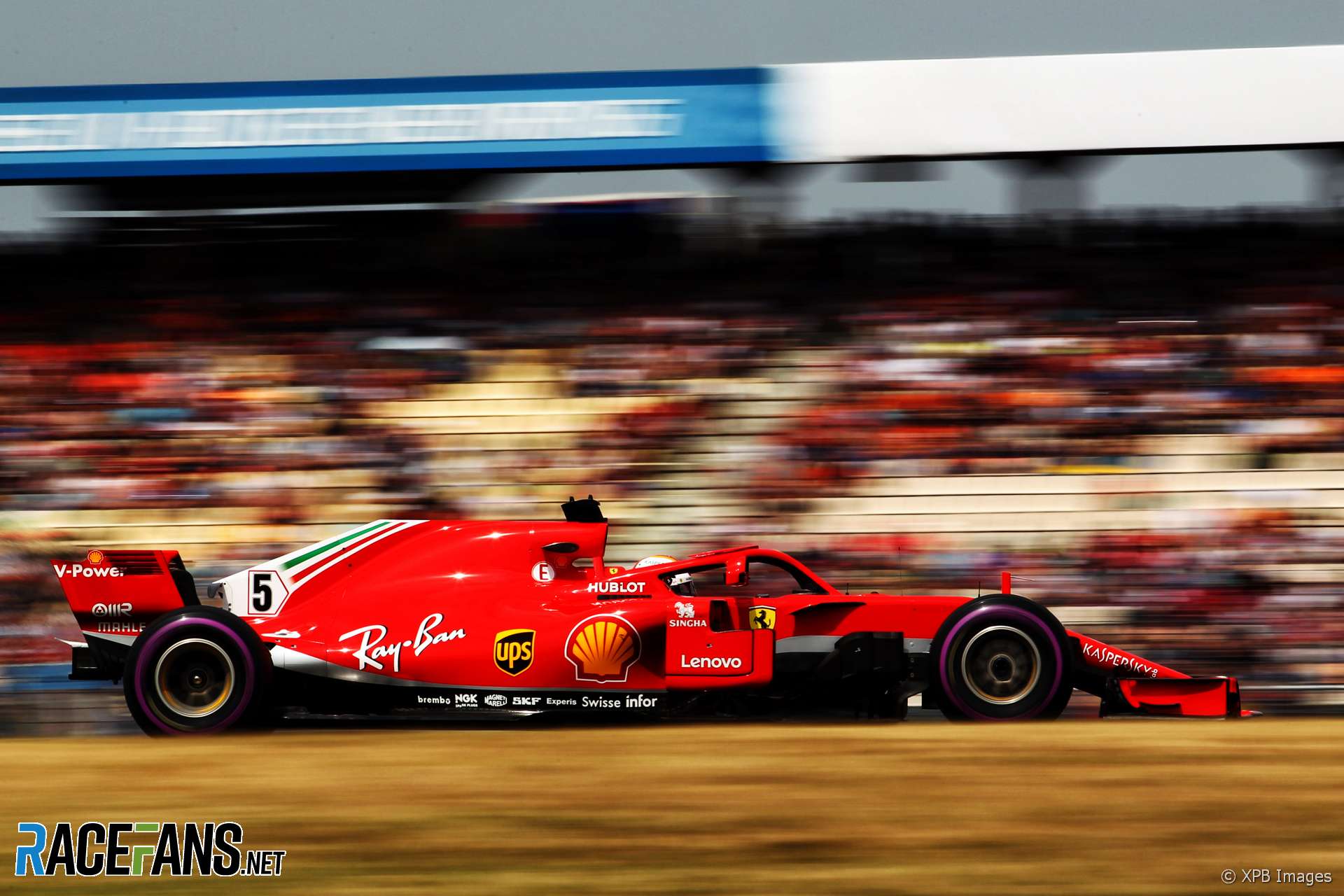 Mercedes are losing half a second per lap to Ferrari on the straights at Hockenheim, according to team principal Toto Wolff.

“I’ve heard Christian complaining for the last four years about straight line speed so I don’t want to go there,” he said. “But as a matter of fact it is where we lost out.

“They have a great power unit, huge performance – we’re looking good through all kinds of corners but we are not able to match their straight-line performance.

“Valtteri [Bottas] was exceptional in the third sector, that’s why he was even close to pole position. But we just have to look at things and try to improve.”

Wolff said Mercedes’s deficit was “five tenths on the straights.”

“No, it’s not expected but in Formula One you need to expect everything and we need to find out how we can increase our output.”

The design of Ferrari’s power units, and the apparently novel methods they are employing to regenerate energy, has been a focus of interest in the paddock. But Wolff says Mercedes must focus on improving its own design to remain competitive in the championship.

“How can we increase our power output? On the ICE, on the electrical systems? From the battery, from the MGU-H – whatever we can look at because if we want to win this championship or stay in the hunt of the championship we’ve got a severe warning today, in terms of what we’ve seen.

“I think it’s very important, from the mindset you need to have, to be able to say ‘what can we do, in order to achieve that power output?’ Rather than looking over and as a default reaction to say it’s not legal. We are in a situation where we’re looking at ourselves, how can we achieve that and if we can not achieve it, how can somebody else?”

The scale of Ferrari’s advantage at Hockenheim compared to previous circuits came as a shock, Wolff admitted. “I think we haven’t seen anything so obvious – so blatant.”