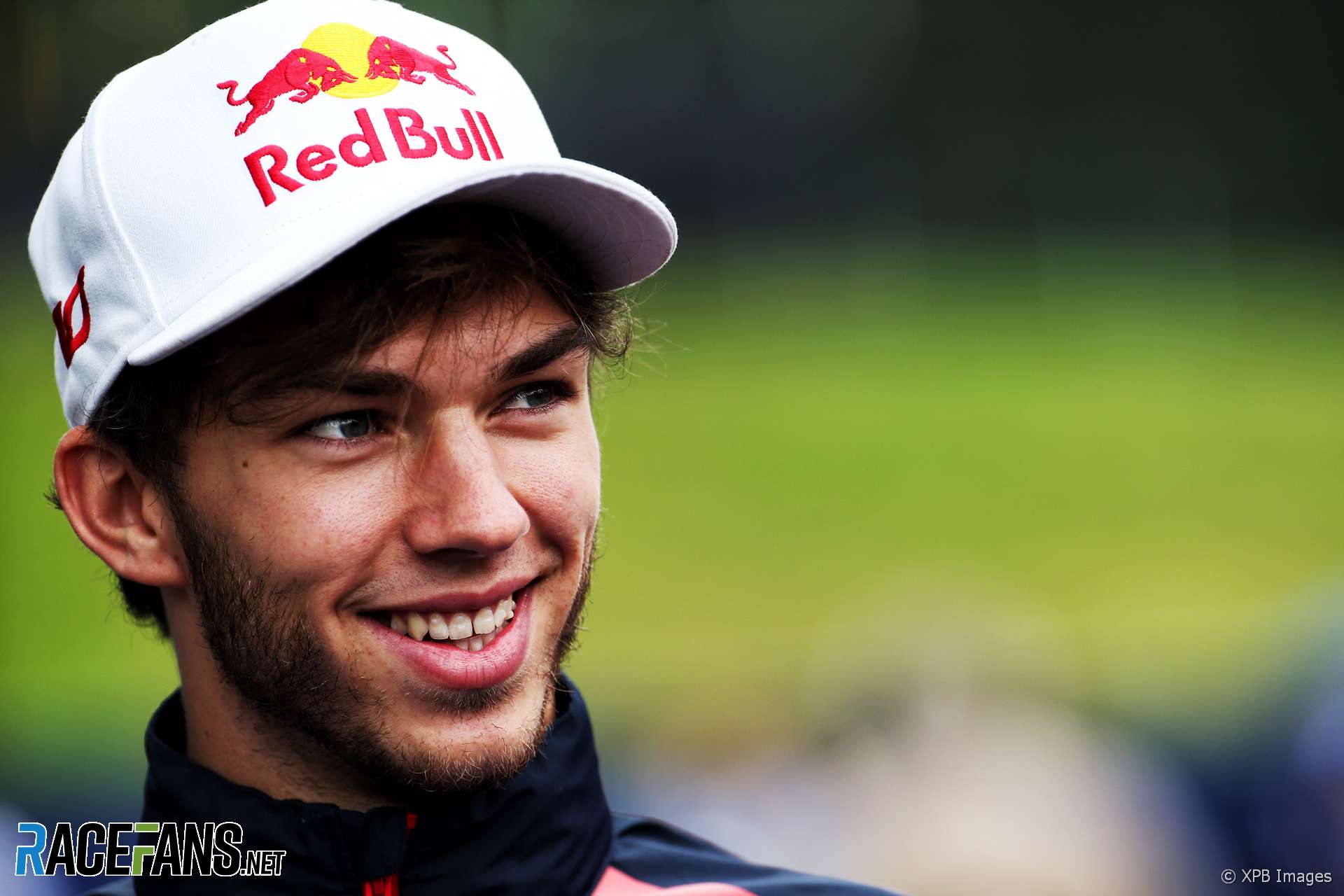 In the round-up: Pierre Gasly expects Red Bull to make a big push for Honda to raise its game when it begins using their engines in the 2019 F1 season.

Speaking before Daniel Ricciardo’s move to Renault was anounced, Gasly was asked about his expectations of Honda’s development next year:

To have four cars instead of two is always better in terms of development and also with such a big team as Red Bull, we know how big and how strong they are. So for sure they’re going to push Honda massively in the direction.

So if we can share all our strengths together for sure it’s going to be positive. I think also the work for next year will be starting now because all the improvements we can make at the moment will be useful for Red Bull next year.

Was there ever a more elaborate media guide for a rookie driver than this? Nope, there’s not a word about crashing… pic.twitter.com/n2x79SW7s7

Christian Fittipaldi to retire after Daytona 24 Hours (The Washington Post)

"It’s not that I went out there, I had a huge accident and said, ‘Whoa, now I’m afraid of doing this. I can’t do this anymore.’ It wasn’t that."

"Chadwick, the 2015 British GT4 Champion, finished second on the road behind Double R Racing's Pavan Ravishankar, with the Singaporean climbing from third to first at the start, but was adjudged to have made a false start and was handed a 10-second time penalty."

Calderon on quest to prove her worth in F1 (F1)

"I meet girls all the time and they say, ‘Oh, you're my inspiration.’ I never really thought I was going to be that, because that was not my first intention. I do this because I love it."

"I think we need to open up a few more areas on the development side of the car for the engineers and the teams to have a wider array of options available to us on race day. And I do like the more power part."

Have you also been won over by Charles Leclerc?

Leclerc is my fav driver week in week out. To me he just has that natural instinct to be a great driver and when you see a 20 year old rookie in a Sauber making a few Q3s, albeit with Ferrari power, you just have to sit back and appreciate it. When Spa comes a few weeks from now I won’t be surprised to see some good points from him.
Josh (@Canadianjosh)