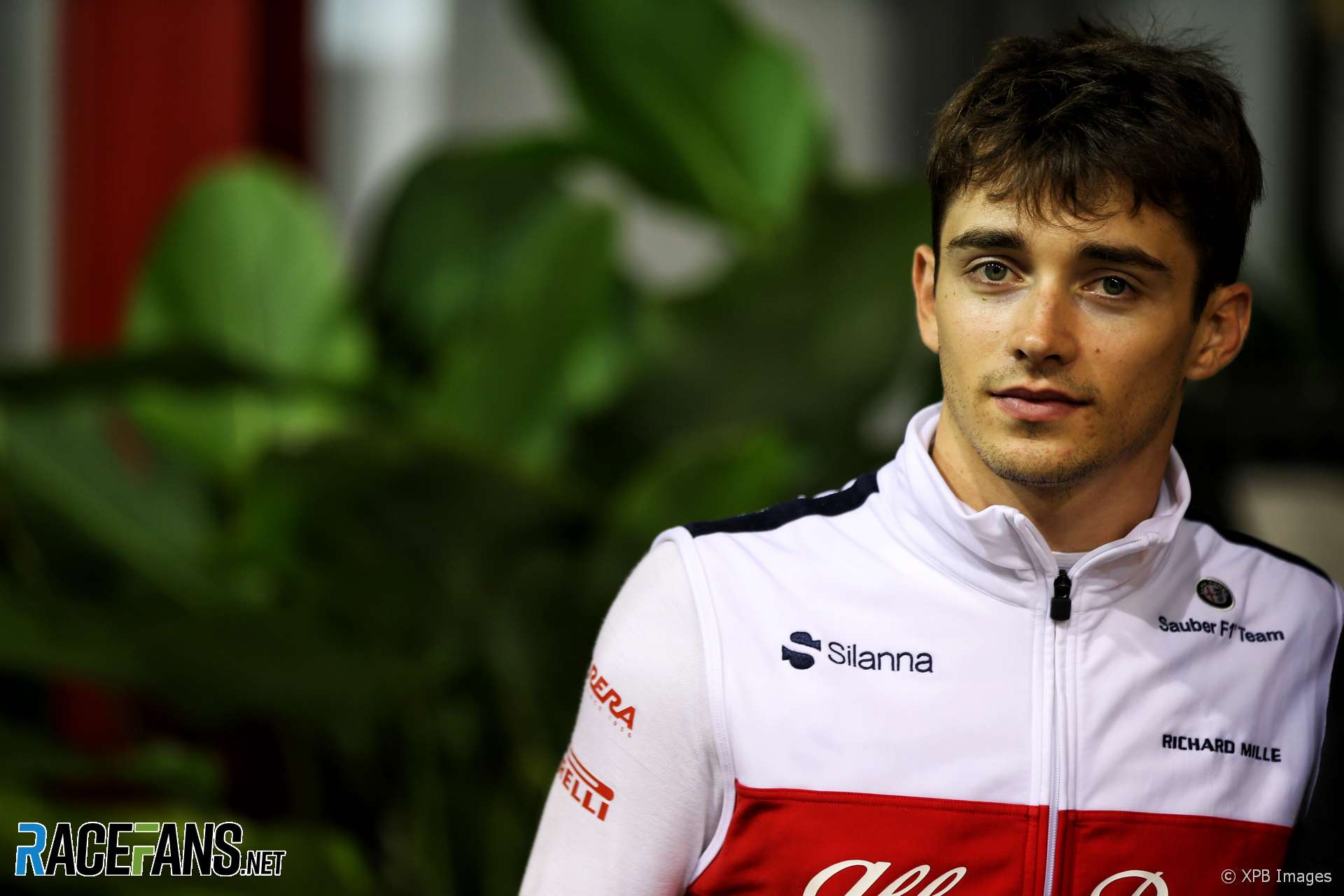 New Ferrari driver Charles Leclerc says Lewis Hamilton’s rookie season sets the standard by which he expects to be judged.

After being announced as Kimi Raikkonen’s replacement for the 2019 F1 season during his first full year in the sport, Leclerc said Hamilton’s example shows inexperienced drivers can perform immediately in top cars.

Leclerc is under no illusions about the potential consequences if he isn’t up to scratch when he joins Sebastian Vettel at the team.

“If next year I don’t have the results good enough to stay in Ferrari then it will be normal if I downgrade,” he said. “But then I don’t deserve a Ferrari seat. This is how I see things.”

Ferrari has rarely given its seats to drivers as inexperienced as Leclerc. However he isn’t concerned about the pressures that will come with his appointment to one of F1’s most coveted drives.

“Obviously I can see that a lot of people think that I will have a lot more pressure on my shoulders. But I really don’t.

“I think I have a mentality that is really taking off all the pressure. I focus on myself and don’t really think about what people expect from me in the car.

“I believe that if I do the right job in the car and if I work in the right way the performances will be there. This is how I see the thing. I just focus fully on myself and the job I have to do in the car and then I think the results will come. To be honest, I don’t really feel the pressure.”

Leclerc arrived in F1 at the beginning of the season having won back-to-back championships in GP3 and Formula Two. He experienced some difficulties adjusting to Formula 1 at first, but expects the move from Sauber to Ferrari will be “less of a jump” in terms of how challenging it is.

“From Formula Two to Formula 1 it’s such a big step, honestly. With all the procedures, all the weekend organisation.

“Obviously there will be a lot of media attention as you can see now with the red team. But at the end the programme is the same and there are a lot of procedures in the car but very similar to here. All this I got used to.

“I think the big part of the job is going from Formula Two to Formula 1. Then obviously there’s always a time of adaptation to go from one car to another.”

However Leclerc understands he “needs to deliver” next year. “I’m not going to Ferrari to learn,” he said.

“I think I’ve had a very good season this year where I could learn the most of it and next year is to perform where should be once you are going in a big team.

“I’m not saying I won’t learn everything anymore because I have so much to learn still and I can still improve a lot in a lot of things. But definitely I will be a lot more ready than I was at the beginning of the year.”