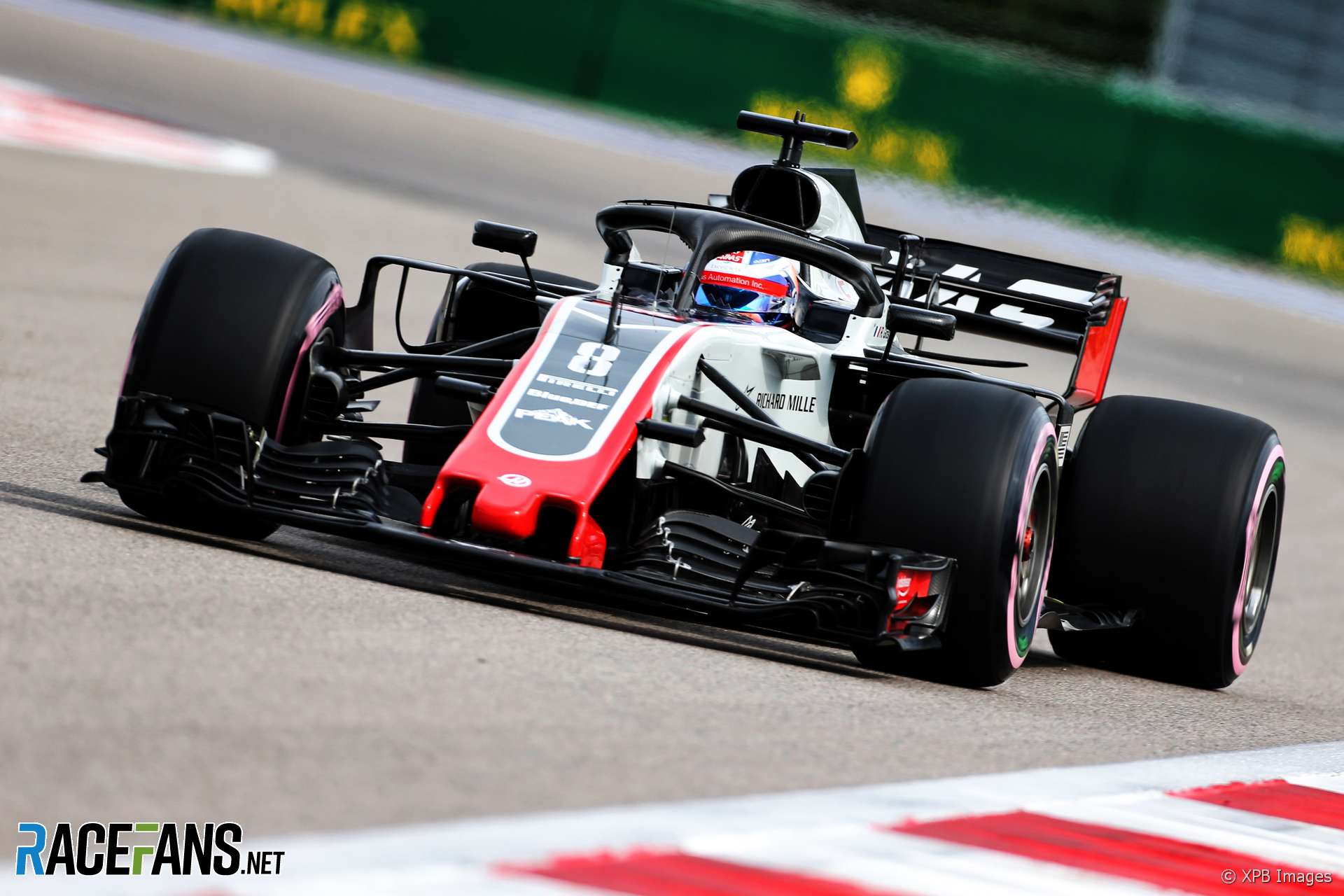 Midfield drivers could try not to reach Q3 in order to avoid having to start the race on an old set of hyper-soft tyres, says Romain Grosjean.

They rapid degradation of the hyper-soft tyre caused problems for some drivers at the last race. Grosjean, who fell from eighth on the grid to 15th at the chequered flag, said starting on hyper-softs put him at a “massive disadvantage”.

“It was a rubbish situation to be qualifying between seventh and 10th and have to start on hyper-soft,” said Grosjean. “[It’s] a bit sad knowing P13 had an advantage on P7 on the grid.”

“I took it very, very slowly in the race, drove like a grandma trying to take care of the tyres. Five laps after the Safety Car or so they just went. So we had to pit and then eventually ended up in traffic.”

The hyper-soft tyre has been nominated again for this weekend’s race. “If here’s the same situation we’re not going to try to make it to Q3,” said Grosjean.

“And I don’t think that’s great for F1, the show or for ourselves either. Just thinking ‘oh I don’t want to make it to Q3’ it’s really a big disadvantage, what’s the point of making qualifying then?”

Nico Hulkenberg was the only who started between seventh and 10th and finished in the points, though he was passed by three drivers who failed to reach Q3 and were able to start on fresher tyres.

“I think it’s pretty clear and easy to see that starting on the hyper-soft strategy was definitely not the good strategy unless you’re in one of the top six cars,” he said.

“It just made life very hard: a very short first stint and then you had a massive second stint where you just had to do so much tyre saving and tyre management that it meant you had an overall much slower race.”

24 comments on “Grosjean warns drivers may try to avoid Q3”