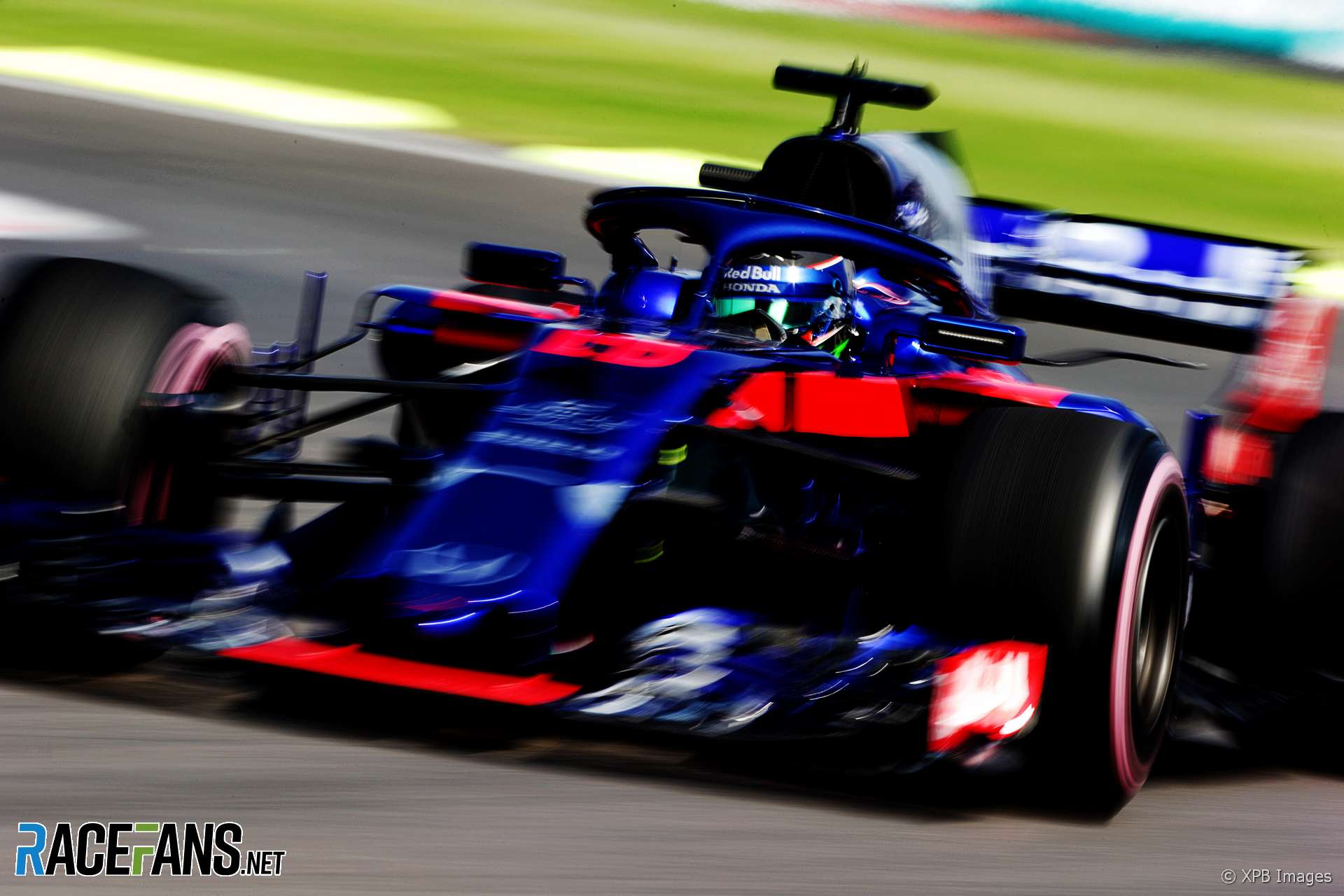 The team has used by far the most power units out of anyone, but many of the changes have come as Honda has sought to test performance upgrades.

Tost said in Friday’s FIA press conference Honda “have exceeded expectations with regards to reliability, because we thought we would have much more problems, but to be honest we haven’t had any major issues.

He said the team is also satisfied with Honda’s performance gains “because with the new specification we are not far away from the top teams.”

However neither Toro Rosso driver is using Honda’s latest ‘spec three’ engine this weekend. Pierre Gasly missed much of first practice while his engine was swapped for an older unit, as Brendon Hartley already has.

“After the race in Austin they detected on the power unit of Pierre an assembly issue and therefore they didn’t want to take any risks and decided to come here to Mexico with another new power unit,” Tost explained.

“We did two laps, decided to change the power unit to the old specification, only because of this very special altitude here and these conditions and therefore Honda thinks they a better knowledge and experience with their older specification to set all the parameters correctly and therefore Pierre will do the race weekend with spec two.

“Regarding the work of Honda during the year, they have so far done a fantastic job because they have improved the performance a lot, and also the reliability. I am really looking forward to the last two races, in Sao Paulo and Abu Dhabi, because there hopefully we won’t have any penalties.

“For next year, because they are in the right way and they will improve during the winter months and I’m looking forward to seeing Red Bull Racing and Toro Rosso next year with Honda.”