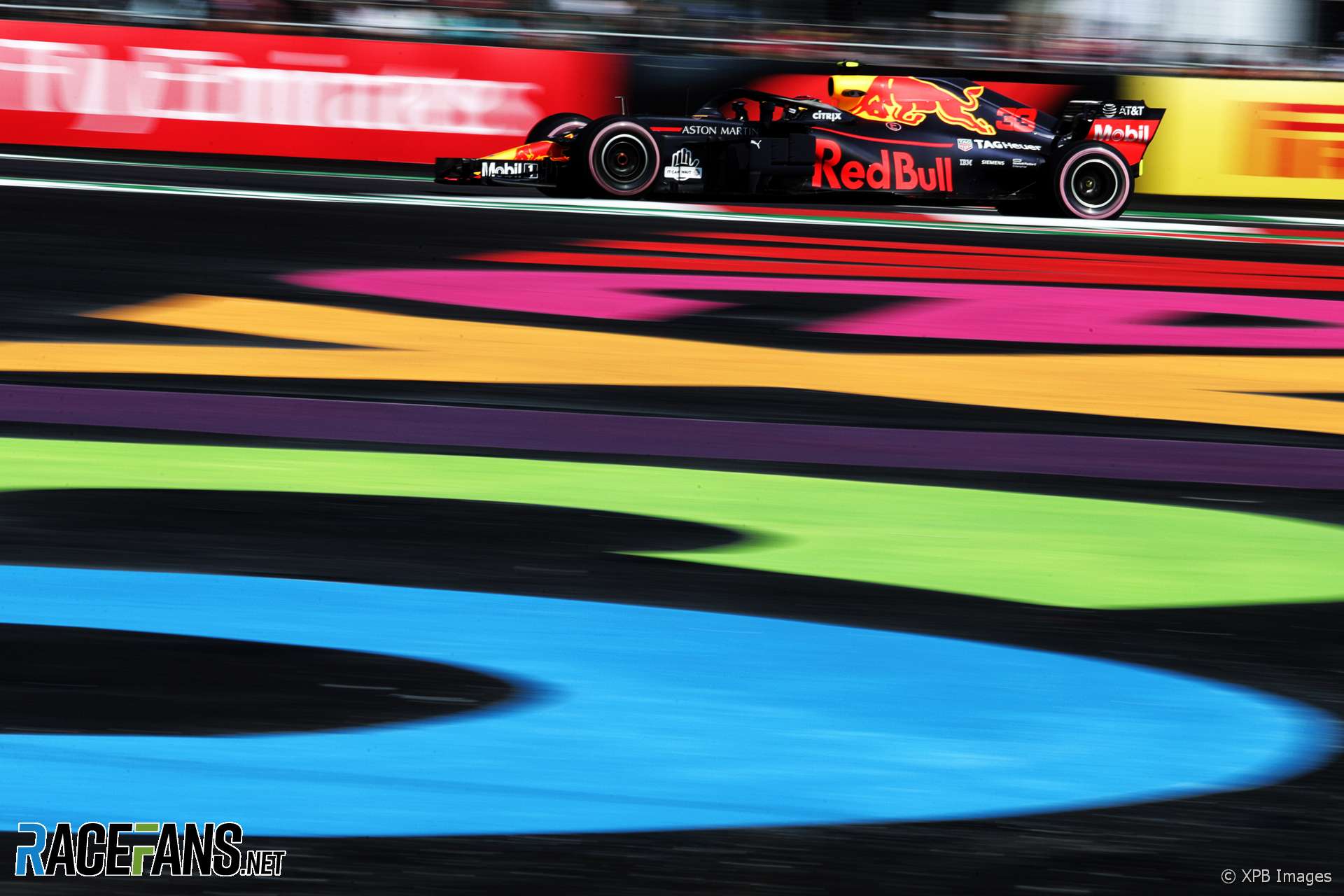 Max Verstappen was on it from the word go in practice for the Mexican Grand Prix.

Even his team mate Daniel Ricciardo had a hard time keeping up with him, lagging around half a second for much of the running, before finally cutting Verstappen’s margin to a tenth of a second with their qualifying simulations in second practice.

Red Bull said the Autodromo Hermanos Rodriguez would be their last, best chance for a Formula 1 victory in 2018 and so far they are delivering on that promise. Much of this is down to the many ways the altitude affects the cars.

The thin air saps power from the engines, and those with the greatest power outputs like Mercedes and Ferrari inevitably have more to lose. As wings work less effectively everyone tunes their cars for maximum downforce, despite the track having several long straights, which plays to another Red Bull strength.

Hermann Tilke’s toothless reworking of the Mexico City track, with endless slow corners substituting for the sinuous sweeps of the old course, also suits the RB14 rather nicely. “Normally this kind of corners, they’re not very fun to drive, but they’re where our car works quite well,” admitted Ricciardo.

As is typical the weekend began with the track in poor shape – it isn’t used much, which allows Mexico City’s notorious pollution to settle on its surface – but it improved rapidly. In the meantime Pirelli’s aggressive tyre choice struggled to stand up to it. Ferrari and Mercedes could barely make their tyres last lap, hence why they were out-paced by Renault.

“All the teams are working to try to reduce graining because graining is also generating some degradation on the tyres,” explained Pirelli’s sporting director Mario Isola.

This will have a predictable effect on strategy. “In qualifying if the weather stays like this it is possible that the top teams will try to pass Q2 with the ultra-soft because it’s a more conservative approach and for the race it should be the right one.”

Assuming Mercedes and Ferrari get back to their usual level of performance on Saturday, qualifying could be another case of the top midfield teams being punished for reaching Q3 by having to start on the hyper-soft tyres. Alternatively, perhaps they will all decide to prioritise a strategic advantage over starting position, so limited has been the hyper-softs range.

And as Isola pointed out, the weather will also have a bearing. “[Friday] was predicted rain and it was sunny. [Saturday] we don’t know, maybe Saturday night there is rain, if it happens we have Sunday a green track as it was this morning.”

A green track will mean even more severe graining. Not everyone is concerned by that possibility. “It’s nice actually, said Ricciardo. “Normally it’s easy one-stop, the races we’ve been doing, maybe actually we have a two-stop this weekend.”

Treating the tyres well is made all the more difficult by the high track temperature. This again is a function of the thin air, which makes heat dissipate more slowly.

The same phenomenon is at work on the cars. Mercedes admitted on Friday they were having problems cooling their power unit. Lewis Hamilton was heard complaining about problems with his engine during practice.

It may come as an added relief to Mercedes, then, that their special ventilated rear wheel hub design was cleared by the stewards before the race weekend began. But even with it, catching the flying Verstappen may be too much for them.