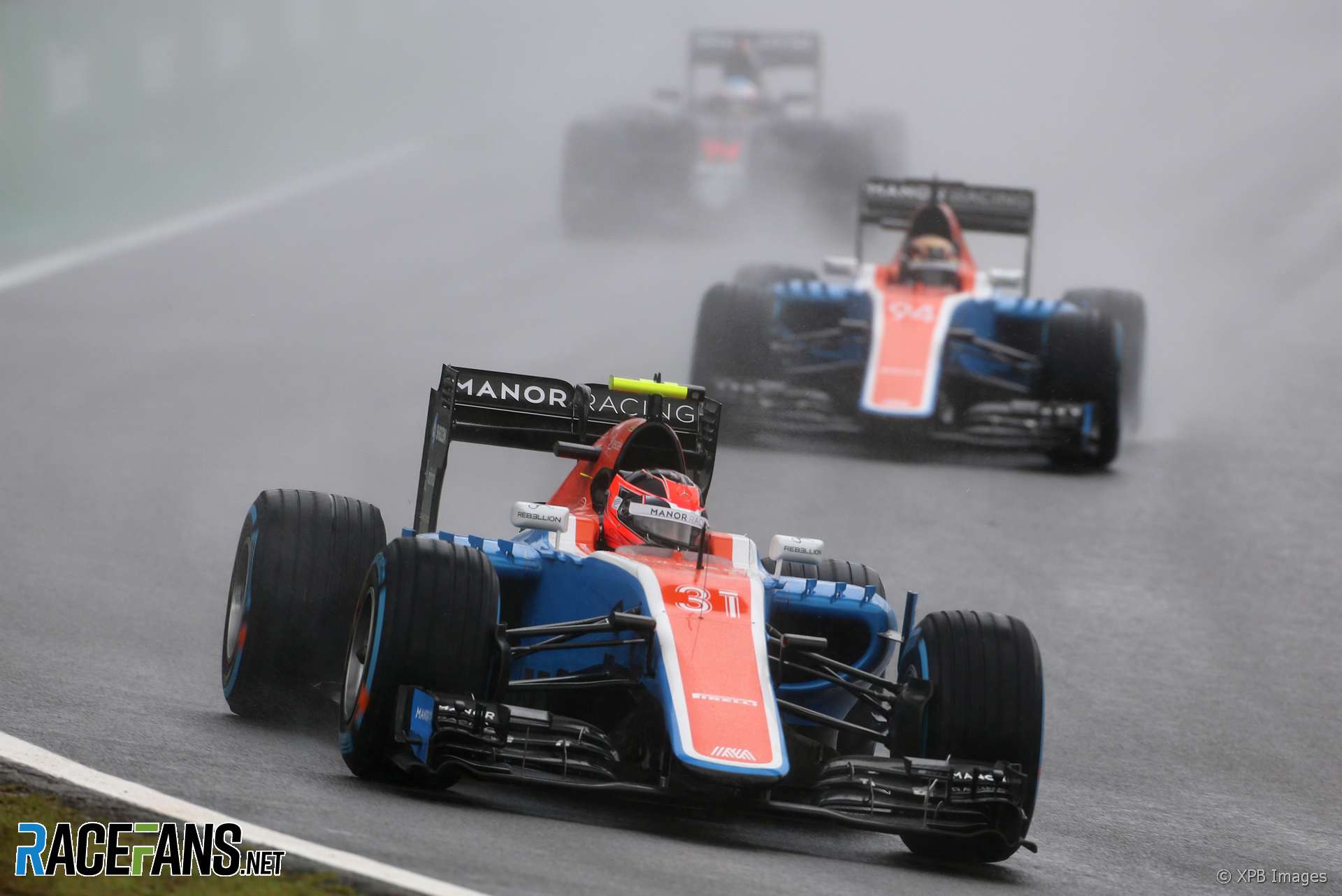 In the round-up: Williams chief technical officer Paddy Lowe says Formula 1’s points system does not accurately reflect the performance of teams at the back of the grid.

Lowe referred to the example of Manor in 2016, who went into the penultimate round at Interlagos 10th in the championship. They were out-scored by Sauber in a rain-hit race of high attrition and fell to 11th, which cost them a significant amount of prize money, leading to the team’s collapse during the off-season.

I brought this argument up when the points were being considered to extend to 15th or 20th. Unfortunately the way it is with Formula 1 being so tight and cars so reliable now compared to how they were in history as well I’m afraid it’s difficult for teams to reflect their performance in a balanced manner.

If you remember in 2016 when it rained here in this race, because of the rain Manor went out of business essentially, just because it rained on race day in Brazil and then Sauber had got some points.

The way the points system works at the moment it’s not very good at reflecting the proper team rankings.

A tip of the hat… To Niki 🙌 #HiFive pic.twitter.com/QdtUljLf8U

Enthusiasm is contagious but it CAN be dangerous !! Congrats to @MercedesAMGF1 hoping that the 2 silver arrows colleagues are fine! pic.twitter.com/Grz2Bvf8Cz

Have just finished reading your 450-plus comments on yesterday's article on Verstappen, and penned a quick reply:https://t.co/tyc5zNLS4O

Max reviews the race at Interlagos: 'Thought it was all over' (Verstappen)

"I just wanted to go to him an ask what was that all about. He then said with a smirk on his face that he was quicker than me."

"The Japanese manufacturer has worked with IHI on its turbocharger since its return to F1 in 2015 with McLaren and the new deal aims to ‘accelerate the development of the power unit’ ahead of 2019."

"The basic premise is being able to send data to race control without using radio, and feeding back video, which is in its early stages."

"An ambitious new phase for motorsport in the United Kingdom has begun, with the Motor Sports Association (MSA) launching a new identity, Motorsport UK, as it transitions from a traditional governance-led association to a modern membership-focused organisation."

Jolyon Palmer: "I also confronted the aggressor after the race and let him know my thoughts in no uncertain terms. Unlike Max I didn't push him, but I did nonetheless pick up a hefty fine."

"I'm amazed the stewards allowed this kind of behaviour and to set such a precedent. For €25,000 you can now barge your way through the procedure and refer the stewards back to Brazil 2018."

Is Formula E on to a winner with its UK broadcast deal for 2019?

Extremely smart move given Formula 1’s swing away from free-to-air in the UK. Really looking forward to this FE season.

I honestly couldn’t care less that the cars are slower, and I think it’s fantastic that it’s an electric series (naturally, I’m sceptical of claims that something as superficial as ‘noise’ is a key component of a motor racing spectacle).

For those interested in FE demographics: I’m 29 and environmentally-conscious (like most of my friends), and have followed F1 with progressively waning enthusiasm for 21 years. Anything that makes FE easier to watch and feel more connected to (no pun intended) is a big plus.
@Newfangled