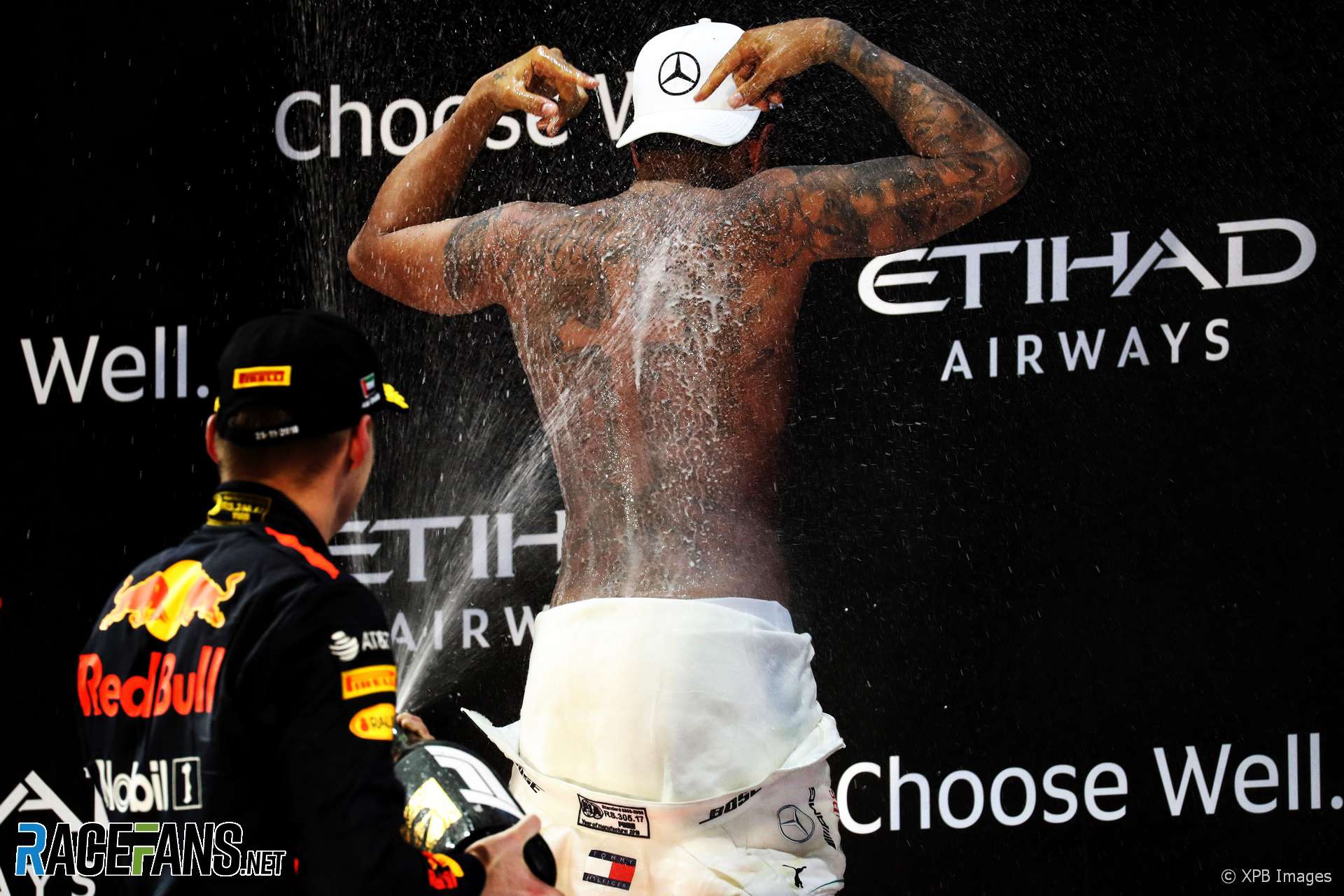 Lewis Hamilton says he stripped off on the podium after winning the Abu Dhabi Grand Prix because he wanted to draw attention to his ‘Still I Rise’ tattoo.

“I’ve always wanted to do it,” said Hamilton. “I wanted to show ‘Still I Rise’ and I think it was the perfect moment because that’s really how it’s been this year.”

Hamilton said he had taken inspiration from the Maya Angelou poem as well as from Billy Monger, the Formula Three driver who returned to racing this year after losing parts of both legs in a crash last year.

“I really would encourage anyone who doesn’t know what ‘Still I Rise’ is, it’s a poem, please go and read it,” said Hamilton. “It applies to anybody who’s stumbling and falling.

“Like Billy Monger, he’s been an inspiration to me this year, which I’m sure he’ll find really strange because he probably looks up to me in the sense that he wants to be in Formula 1. But what he’s done, and so many people who’ve gone through difficult times, that’s really what ‘Still I Rise’ is all about.

“I’m trying to be as big a spokesman I can be about it. So that’s really why I did it.”