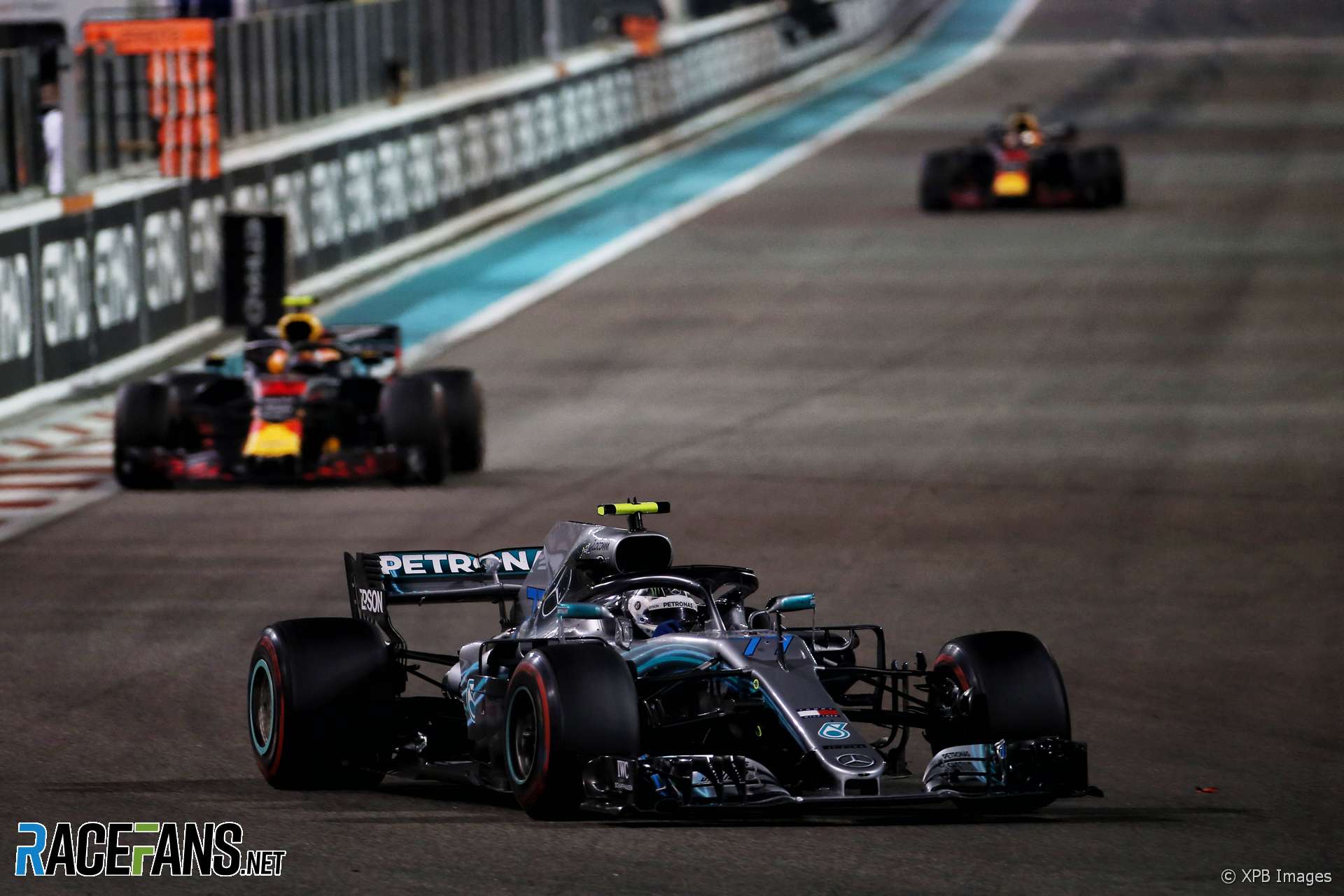 Valtteri Bottas was not penalised for cutting the chicane while being pursued by Max Verstappen because he was given a ‘joker’, according to FIA race director Charlie Whiting.

The Mercedes driver cut the chicane at turns eight and nine while under pressure from Verstappen, who complained on the radio that his rival had gained an advantage. Whiting explained Bottas had been given a one-off warning in the same way Verstappen had for a similar incident in the Italian Grand Prix.

“As you know in Monza we had a couple of occasions, Max was one of them, he cut across the chicane and stayed in front at the first chicane and we gave him a warning,” said Whiting.

“They get one chance at that. If he’d done it a second time it would be reported to the stewards. So that’s exactly what we did with Valtteri and Max.”

The fact Verstappen was behind Bottas, and not moving alongside to make a pass, had a bearing on the decision, Whiting added. “He wasn’t almost alongside, he was behind and Valtteri locked up and went straight on.

“If [Bottas] had done it again we would have said he only stayed in front by virtue of going off the track. Obviously it is still an advantage if you stay in front, otherwise he might have lost the place. But under those circumstances we’ve said to the teams – and they all know – that we will normally give them one sort of ‘free one’ if you like.”

Esteban Ocon was given a penalty when he went off at turn 17 after passing Stoffel Vandoorne. Whiting explained this was because he’d missed a chance to give Gasly the position back.

“Esteban was asked to get the place back but by the time we got the message to him he’d been passed by another car. Obviously we couldn’t make him drop back down two positions, so it was referred to the stewards.” The stewards gave Ocon a five-second time penalty.

Whiting pointed out that drivers can only be advised to give positions back to their rivals. “Race control can’t order someone to give a place back,” he said. “We can advise them that we think that’s the wisest thing to do. If they don’t they get reported to the stewards.

“Early in the race Carlos Sainz [Jnr] was asked to get the place back to Marcus Ericsson. We did ask Esteban to give it back but by the time that the team got the news, and then we need to tell the other team, Vandoorne had lost another place, so they had to go to the stewards.”