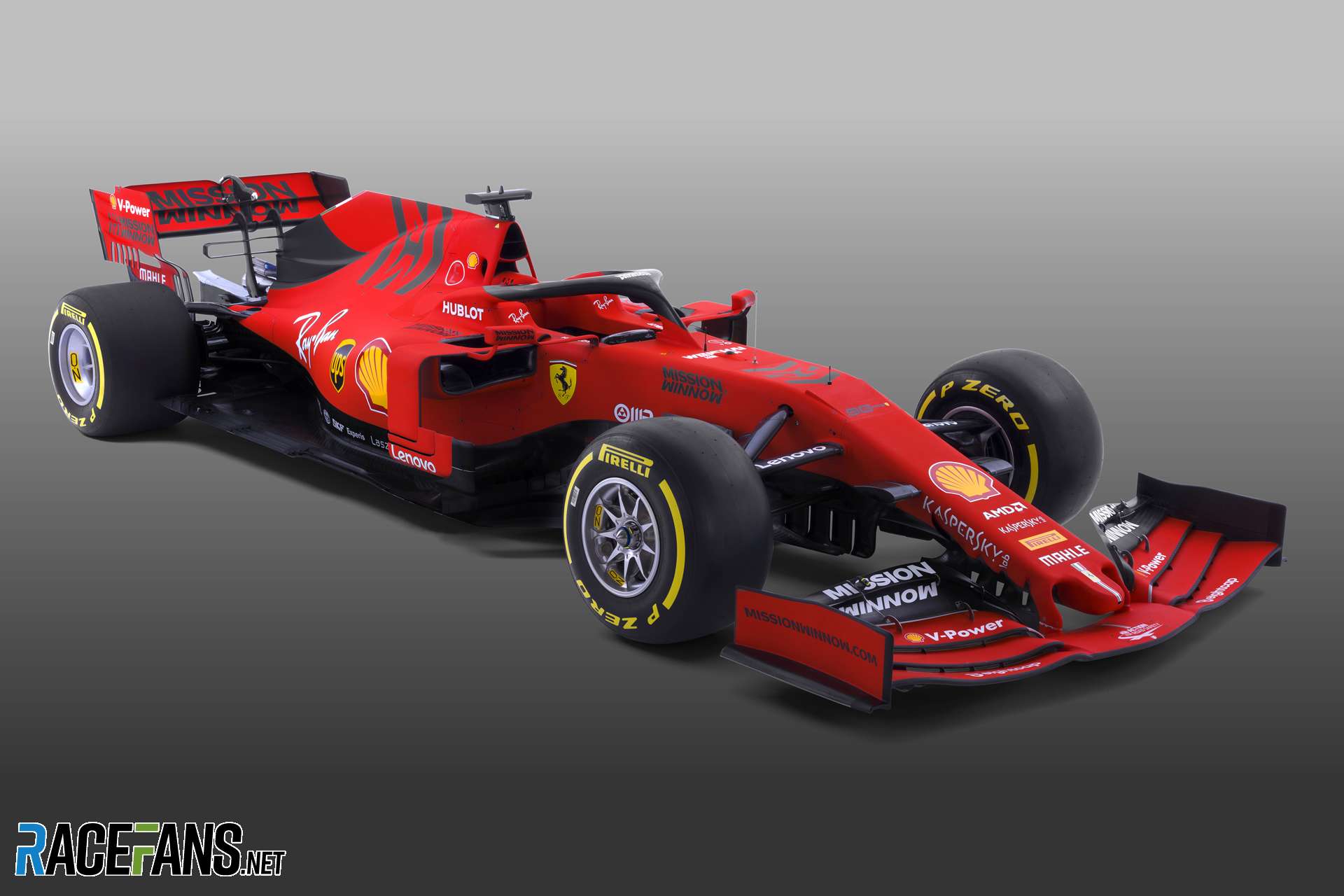 The first pictures of Ferrari’s new car for the 2019 F1 season have leaked online ahead of its official launch today.

The team finished second to Mercedes for the last two seasons and will be targeting nothing less than the championship with its new car, named the Ferrari SF90.

Ferrari say the new car features a slimmer engine cover to improve its aerodynamic efficiency. This has been achieved by repositioning parts of the power unit’s ancillary components. The team describes the car’s air intake as being more similar to the design used on its 2016 car.

Other parts of the car follow the major 2019 rules changes which allow for a wider front wing and enlarged rear wing but also require shorter bargeboards.

Within the team there have been two significant changes ahead of 2019. Charles Leclerc has joined the driver roster alongside Sebastian Vettel, replacing outgoing driver Kimi Raikkonen.

There has been change at the top of the team as well. Former team principal Maurizio Arrivabene left Ferrari at the beginning of the year and has been replaced by Mattia Binotto.