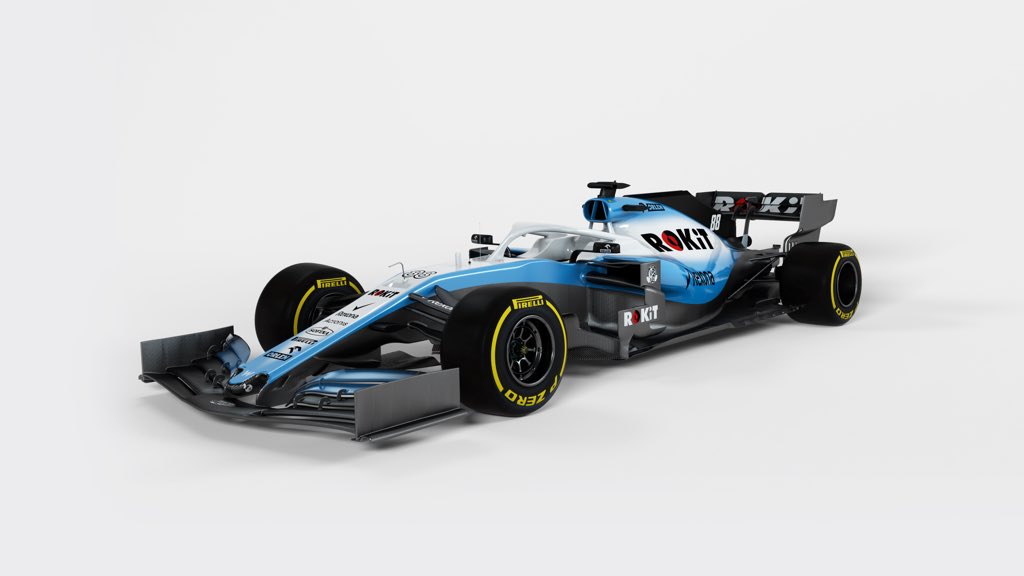 Williams has published the first images of its new car for the 2019 F1 season, the FW42.

The team issued pictures showing the car design on social media. Williams revealed its new livery and title sponsor Rokit at its factory earlier this week.

Robert Kubica and George Russel are the team’s drivers for the new season.

🎶 You spin me right round baby, right round…get your first look at the FW42! pic.twitter.com/UcqbQpEAgg