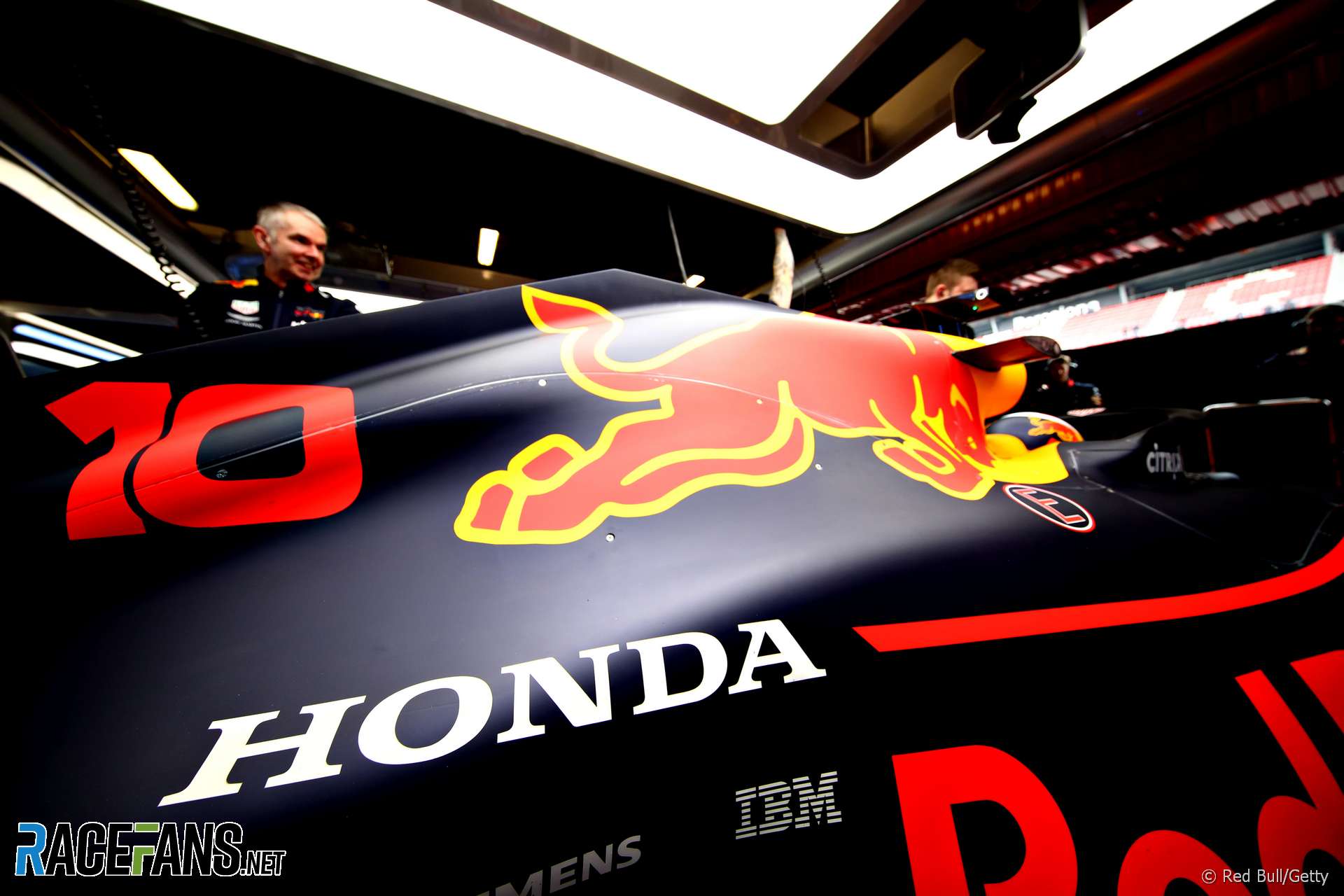 Responding to reports vibration problems have preventing the team from running their engines at full power, Horner told RaceFans: “There’s absolutely no vibration issue that we encountered at all in any of the running. So I’m not quite sure where that’s come from.”

The team is using Honda power for the first time this year. Horner said they have been able to successfully integrate the RA619H into its chassis because of the knowledge it gained when Toro Rosspo ran the Japanese manufacturer’s engines last year.

“Red Bull Technology, having dealt with the integration of the drivetrain with Toro Rosso during the last year, had a pretty decent knowledge of what to expect,” he said.

“The working relationship with Honda and communication has been strong. The integration of the engine into the chassis and drivetrain has been one of the best, if not the best, that I’ve seen we’ve been able to do. So it’s a very neat package.”

Horner also confirmed the team has experimented with running a low-downforce trim on its car during the test.

“We were running a bit lighter in downforce earlier in the week. But it’s obviously all about understanding these rules, these regs.

“The car’s hitting the targets that we’ve set. As as we always see at this time of year it’s too easy to get sucked into other people’s business. We’re very much focused on what we’re doing and our own program. And so far everything is running to plan.”