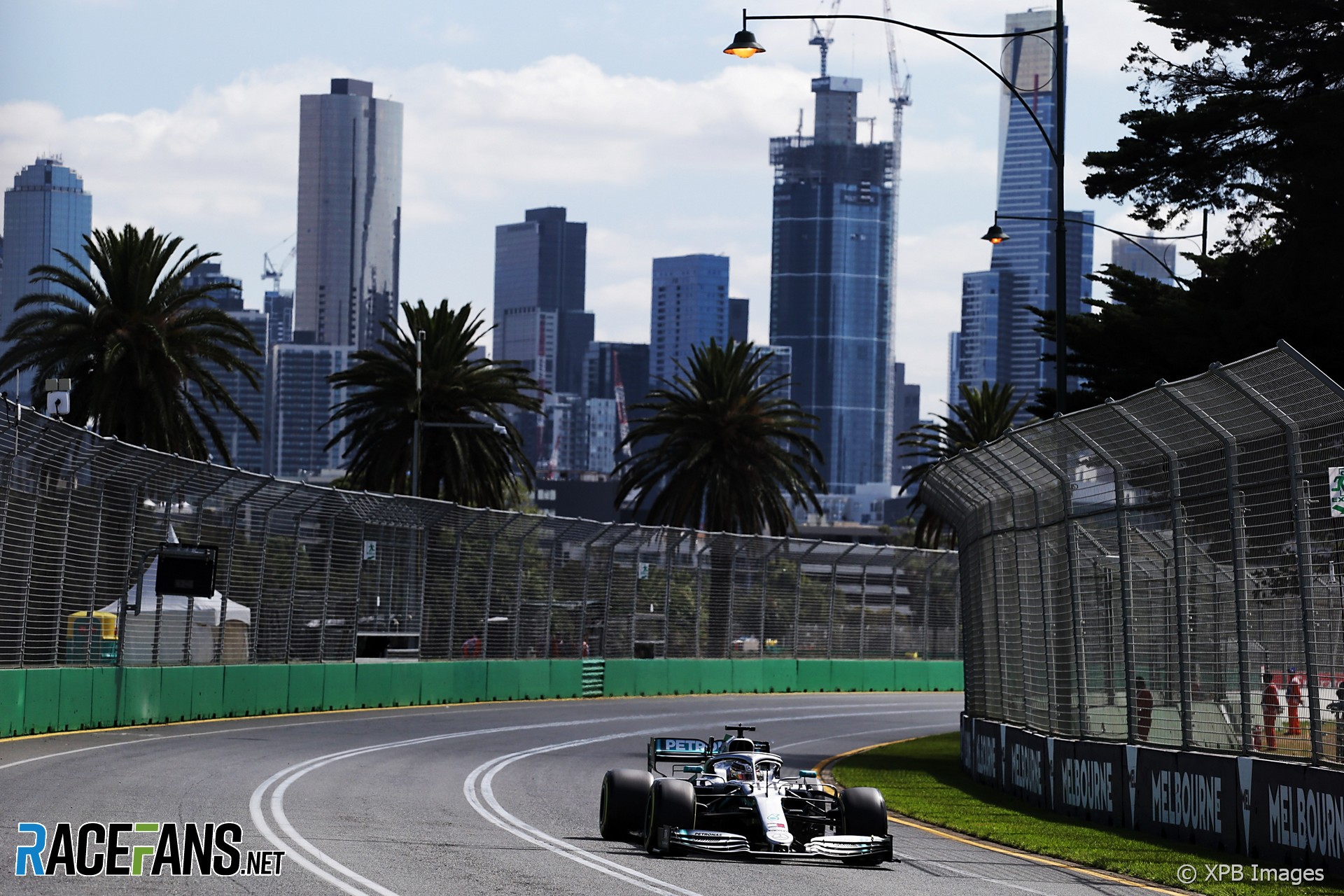 Lewis Hamilton led the first practice session for the Australian Grand Prix but both Ferraris lapped with a tenth of a second of the Mercedes driver.

An intriguingly close opening session of the 2019 F1 season also saw Max Verstappen get his Honda-powered Red Bull within two-tenths of a second of the Mercedes.

Under sunny skies in Melbourne the Mercedes drivers consistently headed the practice times. Ferrari waited until the second half of the session to show their hand. Charles Leclerc was first to get within a tenth of Hamilton’s best time, before Sebastian Vettel fractionally improved on his new team mate’s mark.

Verstappen’s rapid lap demoted Valtteri Bottas to fifth-quickest. The Mercedes driver spun at turn 15 when he dropped his wheels into the grass on the entry to the corner, and came close to swiping the wall as he rejoined.

Pierre Gasly was over a second down on his team mate, allowing two of the midfielders to separate the Red Bulls. They were led by Kimi Raikkonen, who was the first driver to join the track in his Alfa Romeo, and Daniil Kvyat’s Toro Rosso. Three Honda-powered cars therefore featured in the top eight times.

The fourth, belonging to Alexander Albon, caused the only red flag of the session. The rookie went into the wall backwards at turn two and spun to a stop with his front wing missing. He was able to drive back to the pits but his session was done.

Kevin Magnussen put his Haas ninth and Nico Hulkenberg, who didn’t join the track until the final 15 minutes due to an electronic problem on his Renault, completed the top 10. Team mate Daniel Ricciardo was briefly held up on his quickest lap by Romain Grosjean.

The Williams pair endured a difficult session. Robert Kubica was almost two seconds off the next slowest car. Rookie team mate George Russell ended the session last having encountered difficulty leaving his garage on his first run due to the cramped Albert Park pit lane.